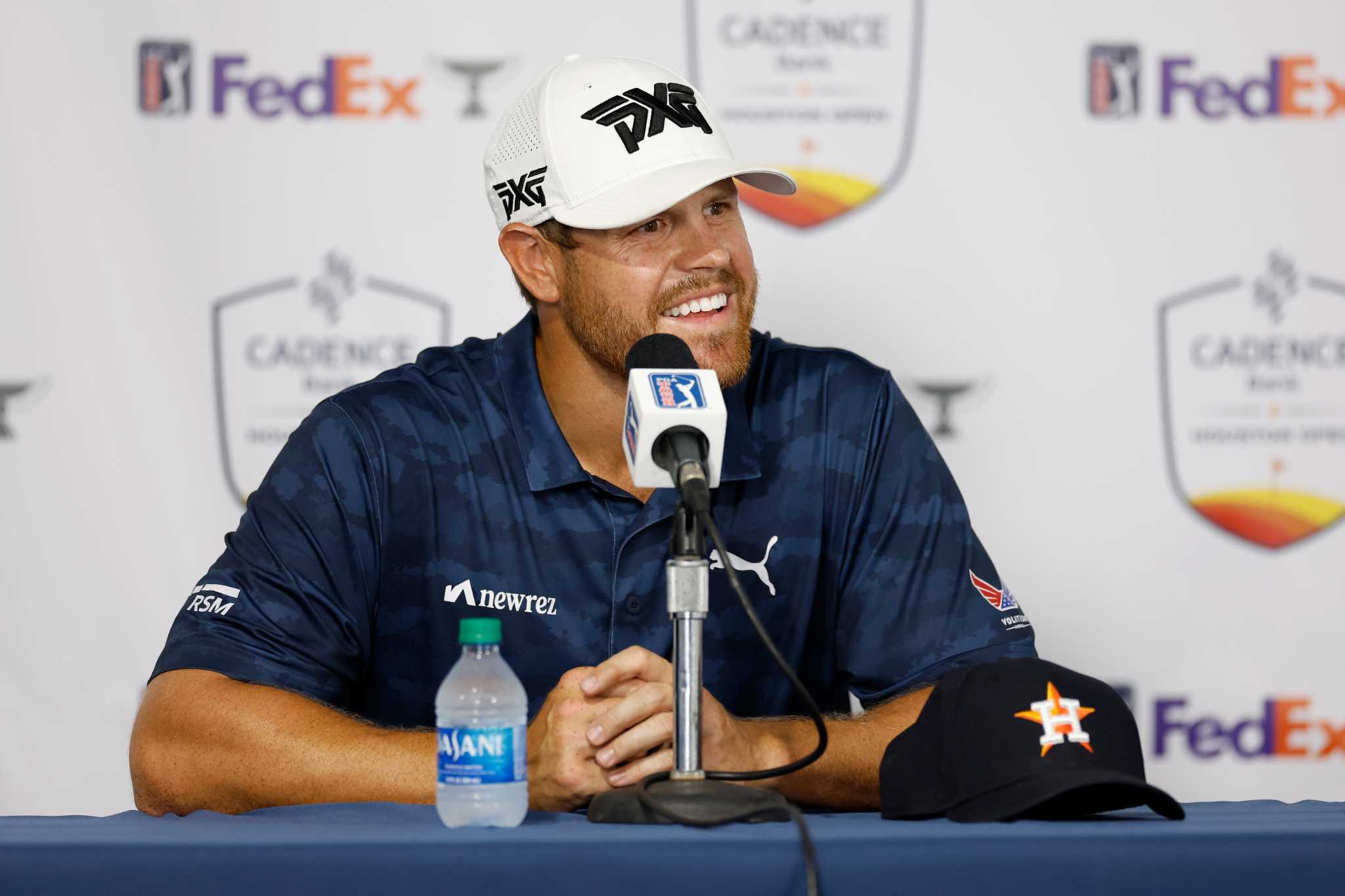 From there, he became the first Air Force Academy graduate to play in one of professional golf’s four majors and become the first to earn a PGA Tour card.

Beginning with the Little Linksters of the PGA South Texas Section, followed by events hosted by the Houston Golf Association, Westmoreland continued to grow and progress. And now he plays big boy golf on the PGA Tour.

Last year at the US Open, Westmoreland made the cut, finishing 68th and collecting his biggest payday ever ($22,814). At this season’s Sanderson Farms Championship, Westmoreland shot 67 in the second round, pocketing $18,249 for the tournament.

This is a carousel. Use the Next and Previous buttons to navigate

Following his jump from the Korn Ferry Tour, this week’s Cadence Bank Houston Open will be Westmoreland’s 10th PGA Tour start and his first appearance at the Houston Open.

“It’s an incredible opportunity,” said Westmoreland, who played at Memorial as a junior golfer. “I’ve wanted to play (the Houston Open) since I can remember. From when it was at TPC Woodlands at the Redstone Members course (Humble) to now here at Memorial.

Westmoreland, along with his swing coach Jeff Smith, is eager to see how his game pans out this week at a venue not far from his Katy roots.

“I’m just excited to test it this week on a big golf course with some length,” Westmoreland said. “We like to go far. The length is always good.

Statistically, the strongest part of Westmoreland’s game is driving distance. But the most telling stat of the tour is how close to the hole. Whether it’s hitting more fairways or more greens or being on top of your iron game.

“I would say that’s my aspiration, to hit it a little closer, to get a few more birdies,” said Westmoreland, who will play Thursday at 12:53 p.m. from the No. 10 tee in a group with Cole Hammer and Ben of Houston. Griffin.

On the Korn Ferry Tour, Westmoreland ranked ninth in sand saving percentage (56.76%) and 13th in drive distance (319 yards). In his nine PGA Tour appearances, Westmoreland has made two cuts to Houston.

On Tuesday, Westmoreland was part of a First Tee clinic. Westmoreland likes to give back. It’s one of the reasons he’s a fan of Zach Johnson.

“I love the Zach Johnson type golfer who has done so much on the golf course and done so much in the philanthropic space,” Westmoreland said. “It’s what the PGA Tour does best to set itself apart from any other organization.”

Westmoreland was an Air Force cadet from 2010 to 2014, completing a five-year service commitment and achieving the rank of captain.

“The people I’ve met and the perspective I’ve gained from traveling the world, working with some of the best people you’ll ever meet, is a tremendous opportunity,” Westmoreland said. “That perspective is what I try to bring to the golf course and I try to improve every week.”

Growing up, Westmoreland, who now calls Daniel Island, SC, home, participated in several sports. It was while in college at the Patriot All-America Championship – featuring a golfer from every service academy as well as NCAA Division I All-America players – that Westmoreland began to believe more in his game. won the tournament.

“I was like, I can do this,” said the 6-foot-3, 220-pound Westmoreland. “These guys are the best amateurs in the world. In the Academy, you can’t really play a full amateur schedule, so you’re not going to go out and play all the A-list events to really boost your amateur world ranking. But when I won this tournament. OK, I can do it, it’s only a matter of time.