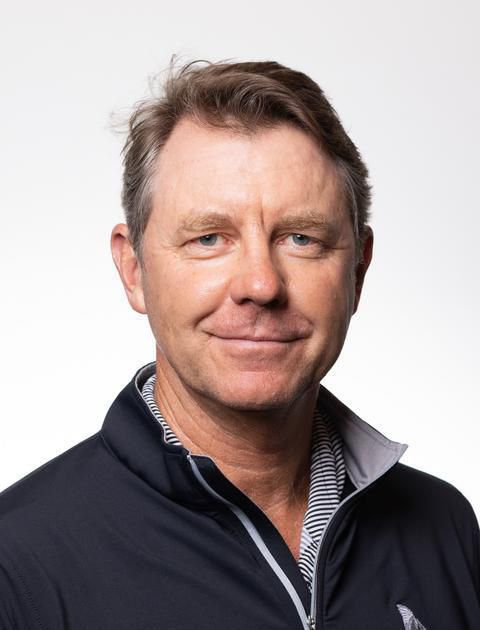 Among his many rewards that day were $13,000 in prize money, automatic entry into next year’s tournament and a spot in the KitchenAid Senior PGA Championship. It took him a split second to classify the loot.

“By far the biggest is playing in the senior PGA,” he said.

A close second is having the honor of hitting the first tee shot at the first major tournament at PGA Frisco’s Fields Ranch East Course in May.

“You have to get into one to do the other,” he laughs. “I am honored and honored to start first.”

Doan, 54, was moved as Mark Harrison, executive director and CEO of the Northern Texas PGA, flew to New Mexico for the final round and rode the final 11 holes with Doan. Harrison was instrumental in the creation of PGA Frisco and had lobbied the PGA of America board of directors for a member of the NTPGA to hit the first tee shot at next year’s tournament. He didn’t know that Doan would be that representative.

Doan, who will be playing his first major professional tournament, plans to return the favor. While his son, Tristan, will be caddying for him in the tournament, he invited Harrison to caddy for him on the first hole because he wants Harrison to be in the arena, if only for a few minutes.

“None of this happens without him,” Doan said.

The Maridoe Golf Club in Carrollton will host the second East-West matches from November 4-6. The Ryder Cup-style event will be the latest in a series of high-profile amateur events the club has staged, including the 2021 U.S. Women’s Amateur Four-Ball Championship, the 2020 Southern Amateur and the 2019 Trans-Mississippi Amateur.

The 18-man teams for East-West matches consist of six seniors, at least 10 mid-amateurs and up to two amateurs under the age of 25. The Mississippi River is the dividing line between the East and West teams.

Seven players on the court – Nick Dunlap, Scott Harvey, Doug Hanzel, Mike McCoy, Bob Royak, Rusty Strawn and Chad Wilfong – have won a USGA championship and six others have finished second. Ex-Texan Travis Vick of Houston, who played on the Longhorns national championship team in 2022, is one of two college players on the West team.

Ursuline Junior Sonia Hao and Alicia Qian of Florida won the USA Women’s Amateur Four-Ball Qualifying Tournament on Monday at Walden on Lake Conroe in Montgomery with a score of 2 under 70. Hao won the Payne Stewart Championship from the AJGA in August.

Destany Hall of Lantana, who attended Texas Southern, was one of 22 college students to receive a PGA WORKS scholarship. Hall has the opportunity to do a one-year paid immersion with the Georgia PGA Chapter. The scholarship gives recent college graduates a taste of what a career in golf can bring.

The Texas Junior Golf Alliance Invitational of the Legends Junior Tour, the final event of the LJT season, will be played Saturday and Sunday at Sulfur Springs Country Club. Players were granted starting field byes based on best results in PGA North and South Texas events, as well as LJT events.

Omni Barton Creek Resort & Spa has reopened the Fazio Canyons course after seven months of a $5 million Tom Fazio-designed renovation. New tee boxes have been added for extra length as well as new bunkers and greens to improve playability.