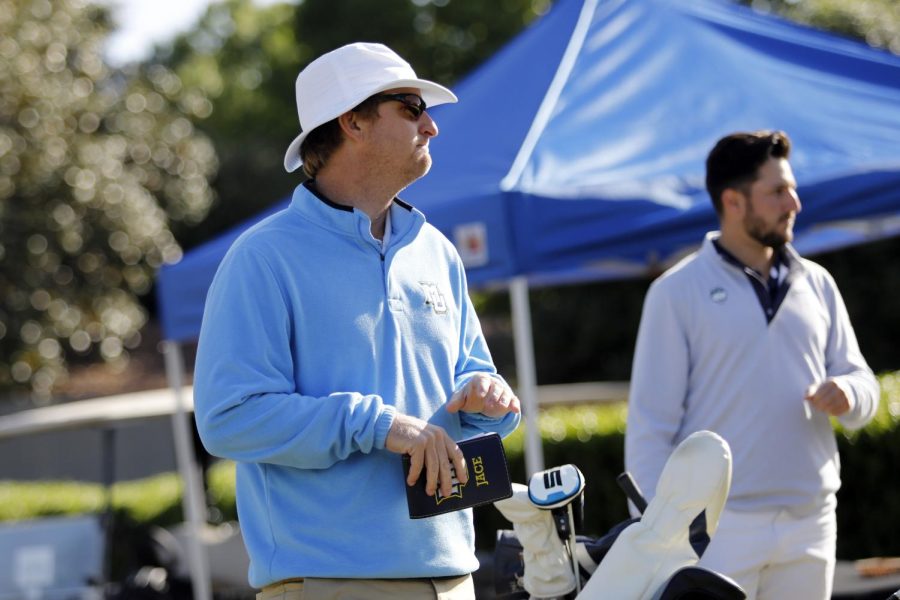 If you ask Marquette men’s golf head coach Steve Bailey what he thought when he interviewed Jace Long for an assistant coaching position on his team, he’ll tell you it wasn’t not a swing or a miss.

“He was a circuit rental for us,” Bailey said. “The combination of his character and his experience as a coach and player made him the perfect fit.”

Long, a native of Dixon, Mo., said he grew up on the nine-hole golf course in his backyard.

“I started playing when I could walk. My older siblings played golf, so I went with them,” Long said.

His time on the course would pay off, as Long played Division I golf at the University of Missouri.

Long’s accolades as a collegiate golfer have rarely been duplicated.

He ranked 13th in the World Amateur Golf Rankings, winning 11 tournaments individually and 14 with his team while being named All-American in 2011. The same year, he competed in the World University Games where he finished 15th in the rankings general. He was also a three-time selection to the PING All-Region Team.

Long said he wouldn’t have achieved any of this without her hard work.

“I had to sacrifice a lot of time [to work on my game]. I was determined to win college events and get to where I wanted to be,” Long said. “I didn’t have a swing coach, so I had to constantly figure out what was wrong on my own.”

After graduating from Missouri in 2013, Long turned pro.

From 2013 to 2020 on the pro circuit, Long finished seventh at Wichita’s Air Capital Classic in 2013 and won the Missouri Open Championship the same year. He also recorded multiple top-10 finishes on the All-Pro Tour, which included a trip to northern Canada in 2015 for PGA Tour Canada.

“The tour is a lifetime of ups and downs and it’s not as glamorous as people might think,” Long said. “I try to emphasize to our guys that we play a sport where we are going to have ups and downs, and we have to be as mentally strong as possible.”

Bailey and Long’s relationship dates back to when Bailey recruited him out of high school. At the time, Bailey was director of golf at Northwestern.

Little did they know that their paths would cross again at Marquette.

Long said he knew he wanted to coach after his professional career ended and the stars aligned for him to start at Marquette.

“I was luckier that the position at Marquette became available and that [coach] Bailey took the opportunity to bring me in,” Long said. “I was so lucky to have the opportunity to learn from Bailey and I can’t wait to see what the future holds for the program.”

Bailey said Long’s hiring was important to the Marquette program.

“Having a guy with his resume and experience is huge,” Bailey said. “Coupled with his experience in teaching and his character, it was easy to hire. We threw him in the fire his freshman year and he’s become a much better coach because he knows he was brought here for a reason.

Senior Josh Robinson echoed the impact Long’s experience had on the team.

“The fact that he could play at the highest level in college allowed him to translate that experience into coaching,” Robinson said. “He brought a different perspective to the team.”

Long understands what kind of impact his experience has had on his training.

“The most important thing about college golf coaching is player development,” Long said. “It’s my responsibility to show our guys what it takes to be one of the best players in the world. If our guys really want to be great, that means doing things that other people don’t want to do.

This story was written by Trevor Hilson. He can be contacted at [email protected]