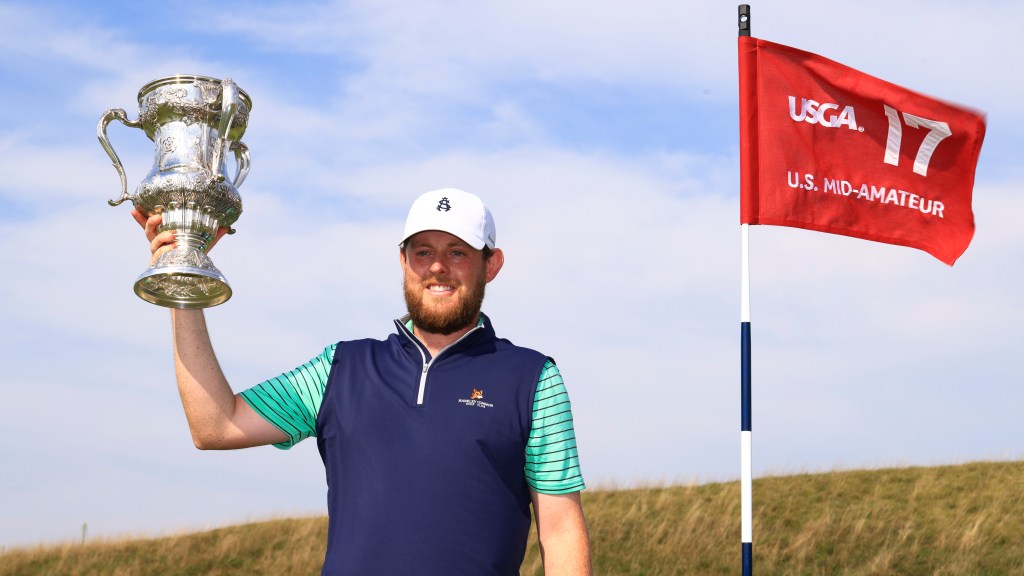 It was an all-Irish final at the 41st U.S. Mid-Amateur Championship in Erin Hills, Wisconsin. In the end, it was Matthew McClean who knocked out Hugh Foley, 3-1, on Saturday.

McClean, 29, an optometrist from Belfast, is just the second international golfer to win a US Mid-Amateur. He is also the second Irishman in 2022 to win a US Golf Association championship, following Padraig Harrington, who won the US Senior Open in June.

“Yeah, fantastic,” McClean said. “Sort of, I probably haven’t sunk in yet. It’s been a really long week, but I’m sure once we sit down tonight it’ll sink in a bit more, but yeah, it’s really amazing.

This victory earned McClean a fine series of prizes: a gold medal, custody of the Robert T. Jones Memorial Trophy for a year, byes for the next 10 American Mid-Amateur Championships, a bye for the US Open 2023 (which will be held at The Los Angeles Country Club) as well as 2023 and 2024 U.S. Amateur Byes. He also earned a probable invite to the 2023 Masters Tournament.

The 36-hole final was more than just the end of the competition; it also marked the conclusion of a long journey for McLean and Foley, who traveled to the United States together, leaving Dublin on September 5, sharing rental cars and accommodations along the way. Their host in Colgate, Wisconsin, was Dan Benedum, who eventually became Foley’s caddy. Benedum’s friend Jack Enea was on the sack for McClean.

McClean took a 5-foot lead with six holes to play after draining an 8-footer for a birdie on the par-4 30th hole, but Foley won the next three holes to tighten things up.

A 30-foot putt on the 34th hole kept McClean from clinching, but he won the title on the next hole after Foley missed the green and failed to get up and down.

“I made a late charge there, a good back nine,” Foley said. “But he held up well with those pars there on the finish. He deserved it today.

McClean entered the week ranked 120th in the World Amateur Golf Rankings, while Foley was 195th. They both raised their hopes of representing Great Britain and Ireland in the Walker Cup Match at the Old Course in St. Andrews in September.

Defending champion Stewart Hagestad was knocked out in the Round of 16 by Josh Persons.