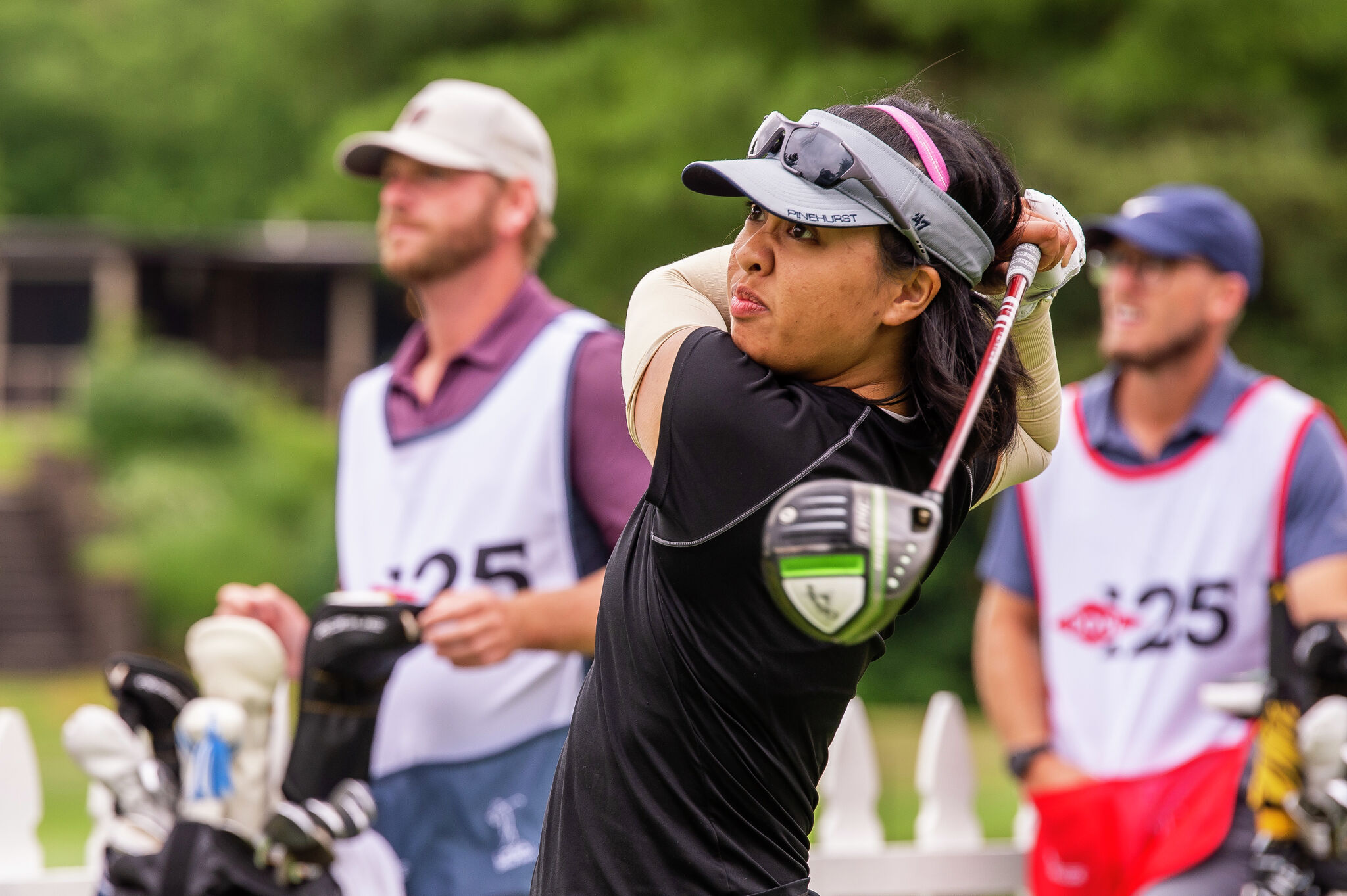 Midland’s Kim Dinh capped off an exciting season by winning a huge honor on Thursday – the Golf Association of Michigan (GAM) Player of the Year award. This is the second consecutive year that Dinh has obtained this distinction.

“I’m very happy to be named POTY for the second time in a row. The POTY award is a bonus since I don’t play a full summer program, so it’s a nice reflection to play well in the few tournaments I participate,” Dinh said.

“There are many great players in Michigan, so I don’t take the award for granted,” she added, “and it’s humbling to be named the winner of an award that included many of Michigan’s top amateur players.”

Dinh’s most impressive achievement of the summer, during which she again took time off from her job as a senior research specialist for Dow to play in four tournaments, was reaching the quarter-finals of the US Women’s Mid-Amateur at Fiddlesticks Country Club in Fort Myers. , Florida, where she lost 4 and 3 to eventual champion Krissy Carman.

The performance helped Dinh, 30, finish atop the GAM points list for the second straight year with 635 points to beat runner-up Laura Bavaird of Trenton with 445 points.

Also last summer, Dinh had the opportunity to compete in an LPGA event for the first time, teaming up with fellow amateur Midlander Chaithra Katamneni to play in the Dow Great Lakes Bay Invitational at Midland Country Club.

“There were so many people who came out to watch, and I had so much support from friends, family and colleagues. It was absolutely awesome,” Dinh said while playing in GLBI. “…It’s inspiring to see people supporting you. You always want to play well for them, and that certainly provides motivation to put on a good show.

“…I was probably the most nervous I’ve ever been,” she added with a chuckle. “There were so many people there, and it was great to see. I had a lot of fun. It was so cool.

Dinh, a 2010 Dow High graduate who won an individual state championship as a senior before playing at the University of Wisconsin, followed her GLBI experience by becoming the first woman to win the Midland City Open Championship, shooting rounds of 73 and 71 to finish at par 144 on the West Course at the Currie Golf Course and edge nine-time City Champion Tim Coffey, who finished at 4 on par 148.

“I’m very happy to have won my first city championship and to be the first woman to win since it became an open championship,” Dinh said. “…Tim (Coffey) got me the win on day two, so it was good to finish it off and put two really strong laps together.

“I remember going out to watch this tournament with my dad and younger brother, so it was great to have my dad caddy for the last nine holes,” she added.

Dinh told gam.org on Thursday that sometimes she has to remember to enjoy the competition — and when she does, that’s when she plays best.

“I get back to work, chase my goals and forget to make sure I’m having fun doing it,” she said of the tournament. “I enjoy it more when I embrace the highs and lows of tournament golf. It doesn’t always go the way you want it to.

Ken Hartmann, senior director of USGA competitions and services for GAM, told gam.org that Dinh is making the most of the limited number of tournaments she plays in.

“She’s smart, works hard on her game when she has time, and obviously works on the right things,” Hartmann said. “She had a great performance in the United States Women’s Mid-Amateur. She’s a threat to win any tournament she enters because she hits it long enough and has a good short game.

“She has the skills to play and has a great approach to it all,” he added. “She works but doesn’t overwork herself, and she seems to enjoy doing it.”