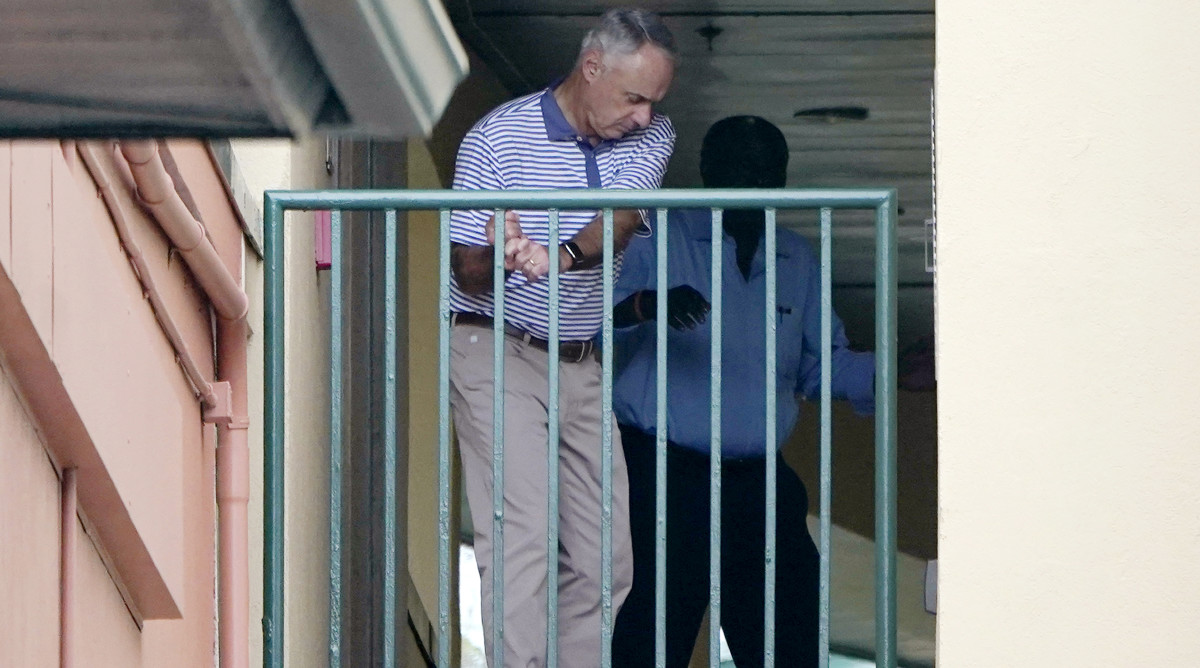 Now what? That’s the question I keep asking myself since Rob Manfred canceled the first week of the regular season. We’re now in the third month of the lockdown he and MLB owners have put in place, and it’s unclear exactly when we’ll be watching major league games again.

Over the past seven weeks or so, I’ve written extensively about Manfred’s callousness and owner apathy towards canceling games. Many other writers, at SI and elsewhere, also provided excellent context and commentary on how Manfred, the league and the owners are responsible for what could be our second baseball-free spring in three years. They are the ones who could end this lockout at any time, either without a new CBA or by accepting one of the reasonable proposals the players have made so far. We now know that this will not happen anytime soon.

That said, I really don’t want to write more about baseball’s financial structure or get upset about all the owners who care more about winning labor disputes than baseball games. Something tells me that we will have many more editions of the Five-Tool newsletter to cover these topics before we see Mike Trout play again.

Instead, here are some unlocked answers to that question many of us have been asking ourselves exhaustively all week: Now what…

If baseball is getting on your nerves right now, you should definitely catch up on some of the Oscar-nominated movies before the Oscars at the end of the month. Without MLB games, you have three hours to spare every night! Some of my favorites: Licorice Pizza, drive my car, Don’t look up, alley of nightmares and The power of the dog. Of the Best Picture nominees, I still need to see Dunes, CODA and West Side Story. If you have any thoughts on these movies, other 2021 releases, or anything else you’re watching, please send them to me. We can launch a little SI Lockout Movie Club! This weekend I will see The Batman and The worst person in the worldwhich you’ll be happy to know isn’t a Rob Manfred biopic.

Besides, it’s March! So that means college basketball. Tomorrow is Coach K’s last home game (so our former Duke student Emma is losing her beloved coach in addition to her beloved baseball). Plus, it’s always exciting to watch a Duke-UNC gamewhich starts at 6 p.m.

SI.com, obviously! We have plenty of non-baseball related stories for you to enjoy. Some of my favorites from this week: Robert Sanchez’s Daily Cover on Lia Thomas, Howard Megdal’s investigation into the WNBA’s biggest scandal, the NFL Combine’s Albert Breer’s GamePlan on my second favorite coach in the league ( behind Sean McVay, obviously), kneecap-biting Dan Campbell, Pat Forde’s chronicle on Coach K’s senior day.

I’m currently on page 787 of 1,162 in The Power Broker. It’s as good as everyone says it gets, and even if you start it now, you’ll probably have time to finish it before the lockdown ends. (yuck!) The Lincoln Highway by Amor Towles is my favorite book of 2021, and Towles’ A gentleman in Moscow is my all time favorite.

Have a catch with a friend or family member! Just because we can’t watch MLB games doesn’t mean we can’t play them.

Or, you can do what Rob Manfred does and work on your golf swing at the worst possible time!

Do you have questions for our team? Send a note to [email protected].

“It’s mean-spirited. It’s short-sighted. It’s insulting. In other words, it’s the owners of Major League Baseball doing what they do best: missing the point.

It’s Stephanie Apstein, back from Beijing, doing what she does best: writing good columns.

MLB Owners Don’t Realize Their Own Madness by Stephanie Apstein
Baseball team owners have apparently learned nothing from the past. And it pains everyone involved in the lockdown, including the fans.

Expanding the playoffs has been one of the most discussed proposals over the past week of negotiations. Players seemed to be fine with 12 teams, but they wouldn’t go to 14. Maybe they’re using the 14-team format as a bargaining chip for higher CBT thresholds, or maybe they’re afraid- they say it gives teams less incentive to win their divisions.

This afternoon, Tom Verducci looked at the advantages of having 14 teams in the playoffs. For the most part, I don’t want baseball to change its playoff structure. However, Tom’s column convinced me that, if the playoff field is expanding, the 14-team model is much better than the 12-team one.

Baseball should expand the playoffs to 14 teams by Tom Verducci
Adding four clubs to the playoffs is a great way to make the sport more exciting and create more competition, both on the field and in free agency.

Ah, yes, another press conference from Rob Manfred…and another column from Emma about the Commissioner’s latest debacle.

This is the path MLB has chosen by Emma Baccellieri
Rob Manfred made it look like the league had no choice but to lock players and cancel games. It’s not true.

‘Since when were women allowed’: Inside their push to break into baseball by Claire Kuwana
MLB loves the praise that comes with the hiring of Rachel Balkovec, Kim Ng and other trailblazers, but the sport still has a long way to go to solve its representation problem.

Need a summary of the state of affairs at the negotiation table? Here is Verducci’s report from Tuesday night after Manfred officially canceled the first week of matches.

Baseball is sinking deeper and deeper into danger by Tom Verducci
There have been work stoppages in baseball before, but never has the sport been in a more weakened position to resist them than it is now.

At any given time, we’re at best four weeks away from the new Lowercase Opening Day: one week for players to sign and teams to prepare camps, and three weeks for pitchers to stretch. Pitchers and catchers usually signal around Valentine’s Day. So one way to think about it is this: Until there’s a CBA, every day is January 15th.

Before we get to this week’s question, here’s the answer to the one I asked last Friday.

Question from last week: Who are the seven active pitchers with at least 2,000 career strikeouts?

This week’s question: Which player has accumulated the least WAR for the season in which he won the MVP title?

Welcome to another round of the mailbag. Questions for next time? [email protected]

Will there be anything in the contract about teams being split between two cities, in case the Rays/Expos concept reappears one day? –Niels

I would doubt it – this (apparently) has not yet been addressed in the negotiations, and there are already enough big contentious issues on the table. But beyond this agreement, this one interests me because it is an example of an area where the owners themselves are very divided. Remember it was MLB, not the players, who put an end to the Rays’ idea of ​​splitting their time between Florida and Montreal. When Rays owner Stu Sternberg was asked if he felt “betrayed” by his teammates about this, he replied, “It’s a word.” (Of course, players aren’t crazy about that either – a baseball season is complicated enough without having to split your time between two “houses”.) But Sternberg probably won’t be the last to pitch an idea like this, and the fact that it is a case where there is division between the owners makes it a curious one to watch.

What happens to all the people who don’t play baseball but rely on baseball for a living? Are they interviewing for other jobs, based on the possibility of them leaving in mid-April when baseball returns? – Dany

This is something important! It takes so, so, so many people to run a baseball season beyond players and owners: concession workers, ticket takers, clubhouse attendants, support staff, groundskeepers, ushers and more. The players announced this morning that they would be setting up a $1 million fund to help these workers. (The league followed up saying it was working for set up something similar– but with no details available at this time.) But even millions won’t stretch that far when there are hundreds of workers per shift. Some will probably find other jobs. Others will find ways to make it work. But the longer the lockdown lasts, the more people outside the big names are suffering too.

What would be your ideal barnstorming lockout baseball game between players if it came down to this? – Nickname

A necessary caveat that this is not going to happen – no one wants to risk getting hurt by being locked out. But just for fun? I would like a skills competition. Play all the home run derbies you can think of. Organize a stolen meeting between Byron Buxton and Trea Turner. See who wants to challenge Ramón Laureano’s arm. If regular games don’t happen, why not just have fun?

That’s all for us today. We’ll be back in your inbox next Friday. In the meantime, share this newsletter with your friends and family, and tell them to sign up at SI.com/newsletters. If you have any questions or comments, email us at [email protected]