Morri: The Players series reinforces the value of public golf 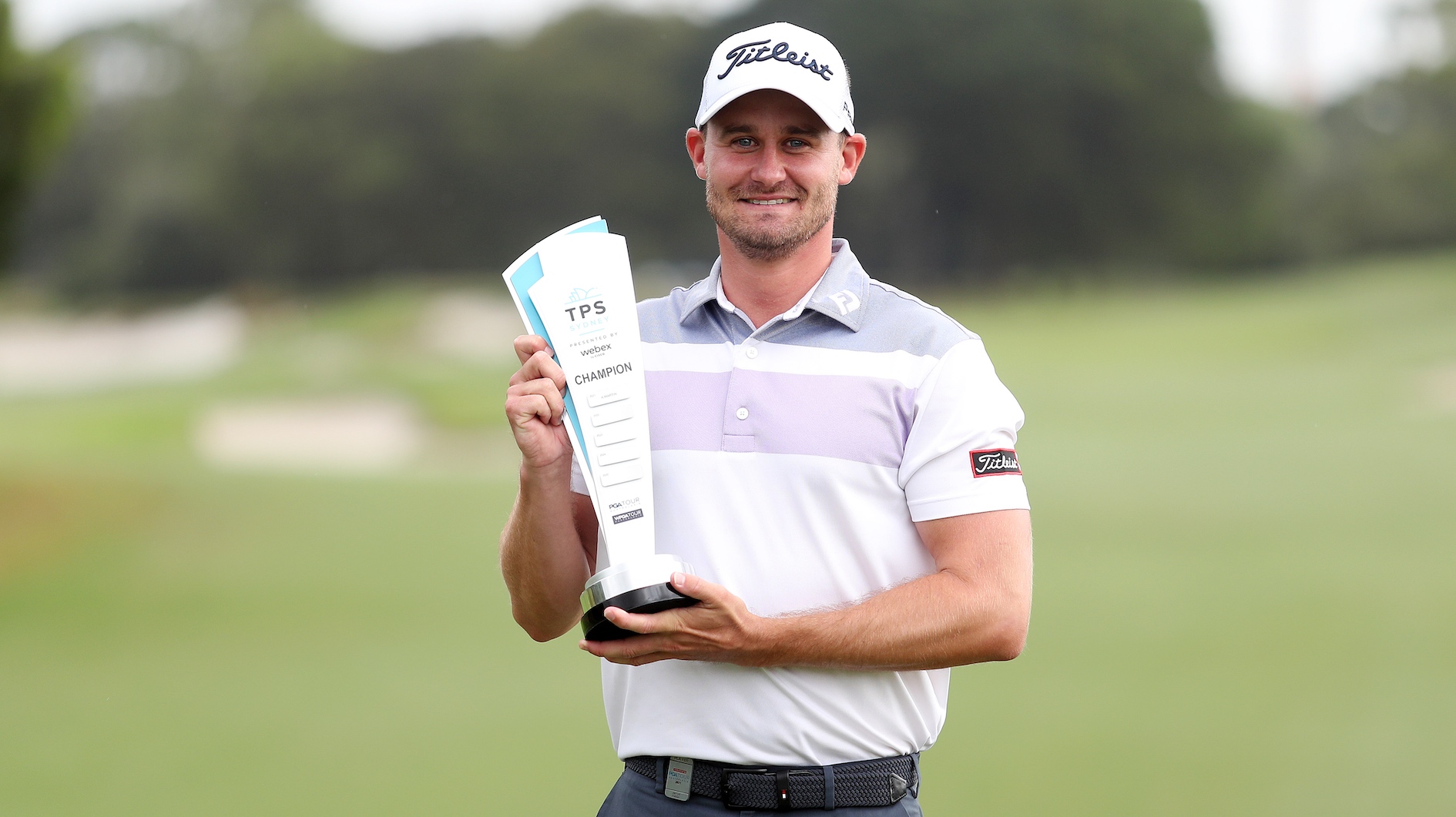 A little, in fact, if you think about it.

While disappointing for all when storms brought the final round to a premature end, the bad weather highlighted a golf course’s greatest strengths.

54-hole leaders Jarryd Felton and Brendan Jones played for the title, with Felton making a clutch birdie on the first extra hole to claim the trophy.

On the scoreboard, both players were 15 under par when the final round began, but in almost every other way they could hardly be further apart.

Felton was just four when Jones won the 1999 Australian Amateur and just seven when his opponent claimed his first professional win.

LAW: Felton (top) and Brendan Jones represent one of the inherent qualities that make the game of golf so special. PHOTOS: PGA of Australia/Brett Costello.

But the 20 years that separate them in age are among the few numbers that count for little on the golf course.

Phil Mickelson’s remarkable victory at the PGA Championship last year brought to light the same thing as Peter Senior’s extraordinary victory at the 2015 Australian Masters at the age of – wait for it – 56!

For all that incredible pro performance, though, it’s on the recreational level that it really counts.

There are few sports where parents and children or even grandparents and grandchildren can consider participating together. However, in golf, this is not uncommon.

And as the TPS tournaments also show, golf is not only multi-generational but also multi-gender. While not unique to golf, it certainly puts the game in a small minority.

If we think about public funding of sport and especially things like football and cricket pitches and netball and tennis courts, the reality is that these facilities serve a fairly small demographic.

Most are used primarily by older people between their teens and mid-30s to early 40s and the bulk of these numbers are said to be under 30s.

“While disappointing for all involved when the storms brought the final round to a premature end, the poor weather highlighted a golf course’s greatest strengths.” -Rod Morris.

Golf is almost the opposite. The predominant demographic may be over 50, but I’d be amazed if there weren’t more teenagers playing golf than 55-year-olds playing netball.

It’s not that it really matters, because the bigger point is that golf is a game for a lifetime while most other sports aren’t – for the vast majority of people.

On top of that there is almost no possibility that most council owned sports grounds will make a profit whereas with golf the opposite is true.

A well-run, publicly funded golf course can actually generate a significant financial return for the community and, ironically, subsidize other sports.

While no doubt difficult to undertake, it would be interesting to calculate the number of hours and total number of people served by a range of sports facilities, including golf courses.

The common misconception is that golf courses take up so much more space than a football field that they simply must be underutilized.

However, since the majority of football and cricket grounds spend most of their time empty, this may not be the case.

To come full circle, what the rain-shortened TPS does to Bonnie Doon to make the case for public golf is to remind us that the game is no less – or more – important than any other sports activity funded by the state.