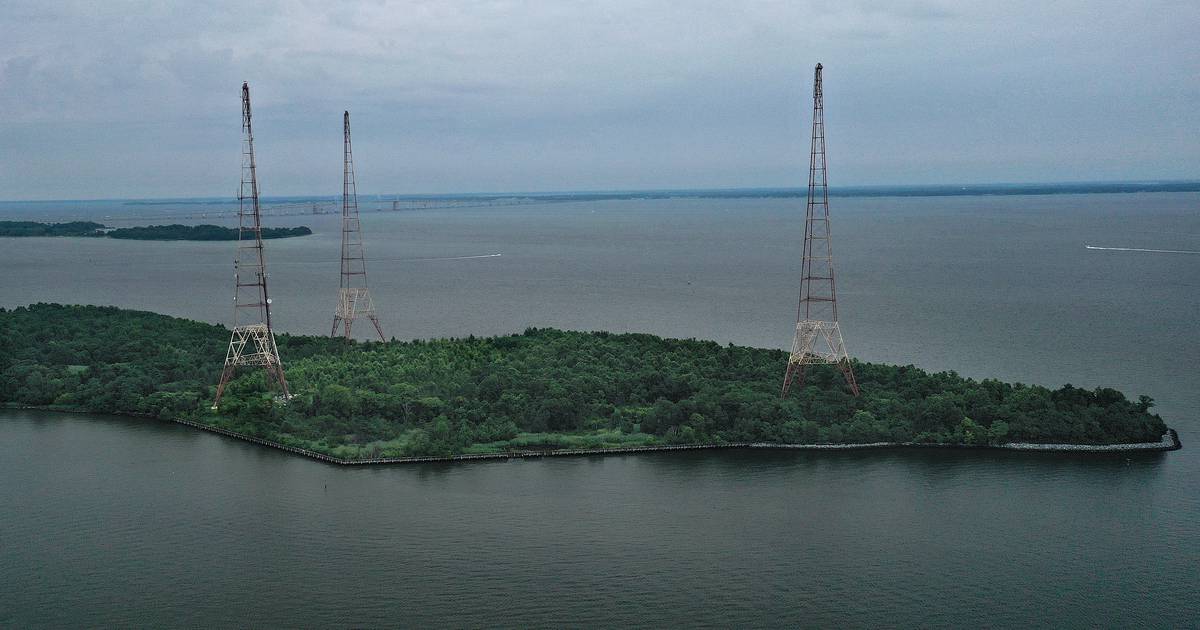 The Navy is no longer considering competing proposals to lease Greenbury Point, one by the Naval Academy to build a new golf course, the other by County Executive Anne Arundel to turn the space into a public park, a service spokesperson said. A Naval Academy official, however, is still confident the Navy will consider plans to build a golf course on the peninsula.

“These proposals came to us unsolicited and at this time, since we are not moving forward with either, we are evaluating where we are with Greenbury Point,” Zeigler said.

After the Navy’s announcement, Gladchuk said in a message to The Capital on Wednesday that he was still confident the Navy would consider his proposal to build an 18-hole golf course. He promised that a more comprehensive proposal that would address environmental concerns “will be reviewed by the Navy chain of command very soon,” he said.

Gladchuk, who also heads the Naval Academy Athletic Association, first floated the idea of ​​building a course there in February. In a letter to Secretary of the Navy Carlos Del Toro, Gladchuk requested a formal agreement to design, develop and operate a golf course near an existing course operated by the golf association, which reopened in 2020 after an extensive $7 million renovation.

Since the Chesapeake Bay is a highly protected environmental area, government regulations around the property will keep it environmentally friendly, Gladchuk said.

“A golf course built today under strict environmental guidelines and monitored by the Navy on this property would exceed the expectations of any agency or interested party,” he said. “The process to finally obtain a building permit would be very comprehensive and would welcome input from government agencies and those with a community interest.”

Last week, County Executive Steuart Pittman applied for a long-term lease of the plot at Greenbury Point to be managed by the County Parks and Recreation Department as a conservation area with trails public pedestrian walkways and other amenities. In a letter to Capt. Homer R. Denius, commander of Naval Support Activity Annapolis, Pittman raised concerns about a second golf course, saying it was necessary to protect the property. He promised to use county funding to manage the property and to work with the Navy to accommodate all mission-essential activities there.

The Navy did not immediately hear a response to Pittman’s request last week, but said Monday that Greenbury Point’s second competing proposal prompted them to end consideration of either. Denius decided on Friday that they could not provide the requested lease when there was a competing party interested in the property, according to Zeigler.

Through a spokesperson, Pittman on Tuesday declined a request for comment on the Navy’s decision.

Several environmental organizations and elected officials have expressed concern about the proposal to build a golf course so close to the Severn River and Chesapeake Bay, citing pollution concerns. The parcel is inside the state’s Critical Zone, a designation for land near tidal waters that is protected to reduce runoff of sediment and pollutants by retaining trees that “buffer” pollution.

“Generally, science shows us there’s six times as much nitrogen coming from lawns,” Johnston said, largely because homeowners apply a lot of fertilizer.

In addition, the use of fertilizers can trigger a chain reaction in nearby underwater ecosystems and harm aquatic species.

Some of this excess fertilizer runs off the surface and, if that lawn is near a stream, into the water. When it gets into the water, it helps algae grow, Johnston said. When these algae die, they sink to the bottom of the water and decompose. This decomposition process absorbs oxygen, creating dead zones in the water where organic matter cannot live, harming aquatic life and creating a thriving underwater ecosystem.

“For me, a golf course is nothing more than a closely mown lawn. It’s grass that needs fertilizers and other chemicals to keep it looking the way it needs,” he said.

Another affected party, Chesapeake Conservancy, was pleased to learn of the Navy’s decision.

“I hope this reflects a positive shift in direction for the Navy,” Chesapeake Conservancy President and CEO Joel Dunn said in a statement Monday. “I know with absolute certainty that the community will continue to advocate vigorously for the permanent conservation of the Greenbury Point Conservation Area and for continued equitable public access until that outcome is achieved.”

Another group concerned about the potential environmental impacts of developing anything on Greenbury Point was a faction of the Federal Delegation from Maryland, made up of American senses Ben Cardin and Chris Van Hollen and CA representatives Dutch Ruppersberger and John Sarbanes.

The four representatives co-signed a letter to Del Toro on Tuesday urging the military to proceed with caution in reviewing proposals for the land.

Any proposal approved for Greenbury Point cannot adversely impact nearby waterways including Carr Creek, the Severn River and the Chesapeake Bay, must maintain its current level of public access and wetlands on the property must continue to be maintained, the lawmakers wrote.

“We urge you to carefully consider these requirements as you evaluate various proposals for redevelopment or alteration of Greenbury Point,” they wrote.