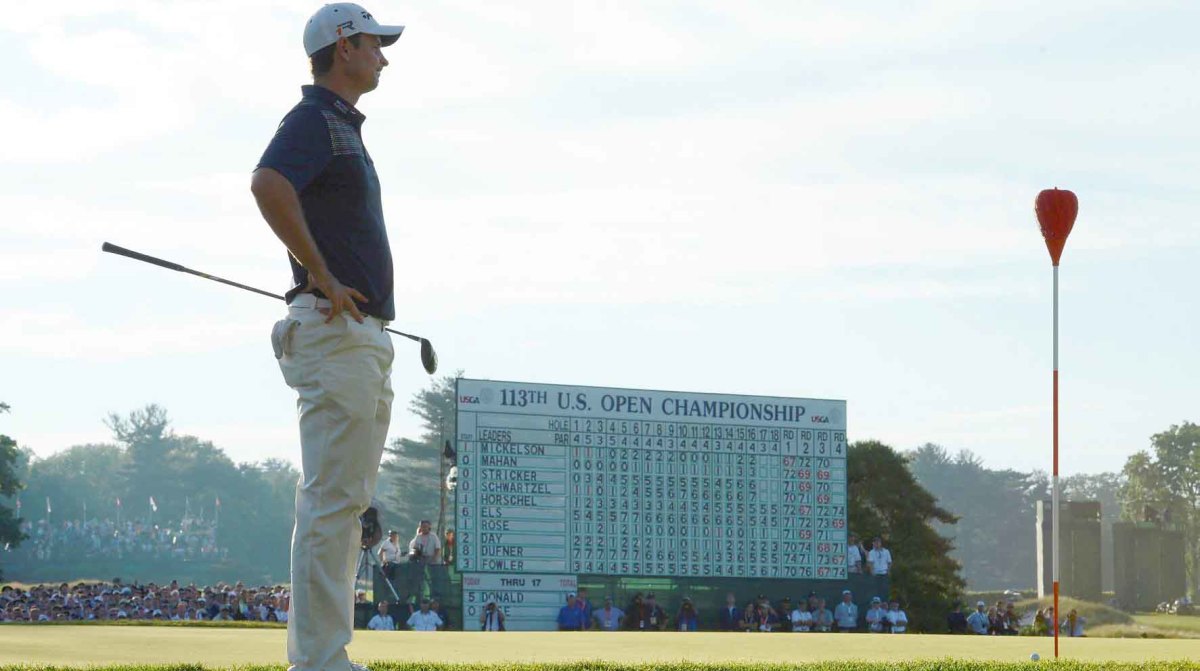 ARDMORE, Pa. — The last time Merion Golf Club dominated the golfing spotlight was in 2013, when the club hosted its fifth U.S. Open, won by Justin Rose. Next month, Merion and her legendary East Course will once again take center stage, but this time it won’t be men or professionals, but rather two eight-member teams of top women amateurs from the United States and Grande -Britain and Ireland for the 42nd Curtis Cup.

Scheduled for June 10-12, the Curtis Cup will mark the 19th US Golf Association championship for Merion – the nation’s largest club – as well as the return of an event it first hosted a year ago. 68, in 1954, when the United States won 6-3 over Great Britain and Ireland.

It will also be Merion’s first event since the USGA announced in August a commitment to the club to host a future US Amateur (2026), two US Women’s Opens (2034, 2046) and two US Opens (2030, 2050). ), reassuring a relationship that has sometimes been strained over the years. These days, everything is fine.

“There are fewer than five clubs that the USGA considers truly special,” said USGA CEO Mike Whan, who made a rare appearance at a media day in Merion on Monday.

Whan was referring to a short list of revered clubs that likely includes Pinehurst, Pebble Beach and interstate fixture Oakmont outside of Pittsburgh. But even among this select group, Merion enjoys a special status, with Whan noting: “There’s a reason we play here more than anywhere else.”

Moments later, it was Merion President John Castleman’s turn to speak: “At Merion, running championships is what we do.”

Thanks to COVID-19-related delays, Team USA had just nine months to enjoy their 12½-7½ win over GB&I at Conwy Golf Club in Wales. Going forward, the Cup will return to its usual two-year schedule, with future events scheduled to date including Sunningdale Golf Club in England in 2024, Bel-Air Country Club in Los Angeles in 2026 and Bandon Dunes Golf Resort in Bandon, Oregon, in 2038. .

The United States is returning five players from last year’s winning team, including three players who currently rank in the top 10 of the World Women’s Amateur Golf Rankings: Rose Zhang, 19, a Stanford rookie (No. 1); Rachel Heck, 20, sophomore at Stanford (#3); and Rachael Kuehn, 20, a junior at Wake Forest (No. 8).

Other members of the returning USA team are Jensen Castle, 21, a sophomore at the University of Kentucky and defending USA amateur champion (No. 64); and Emilia Migliaccio, 22, a graduate student at Wake Forest (#18). There are three Curtis Cup rookies: Amari Avery, 18, freshman at the University of Southern California (#24); Megha Ganne, 18, a committed high school student at Stanford (No. 18) and Latanna Stone, 20, a junior at LSU (No. 35).

The GB&I team are returning six players, led by returning captain Elaine Ratcliffe, a decorated amateur from England. GB&I’s highest-ranked players are Hannah Darling, 18, a sophomore at the University of South Carolina (#10); and Caley McGinty, 21, a second transfer to Oklahoma State (No. 11).

Ingram and Migliaccio traveled to Merion for Media Day and regaled reporters with stories of love for golf and competition, with the camaraderie of rival teams made up of longtime friends from both sides.

“We all grew up playing junior golf and junior Solheim Cups together,” Migliaacio said.

Ingram and Migliacco were among five team members who played a preview round on the East course last week.

“It was pretty awesome, so pristine,” Migliacco said. “The layout of the course is so unique. All the little details, the undulations of the greens. It’s such a championship course. I’m excited.”

Migliacco, of Cary, North Carolina, dreamed of becoming a professional golfer all her life, until she reached the point where it was actually a possibility. Then she said a change of heart. “When I was a senior, I started thinking about what I really wanted in life,” she said.

She decided not to pursue professional golf, enrolling instead in a two-year masters program in communications at Wake Forest. As well as being a teaching assistant, Migliacco, who is gifted with a wit and a 500-watt smile, already works part-time for the Golf Channel, writing and doing television commentary. “I love it,” she said.

For Ingram, both as a player and as a captain, the Curtis Cup allowed her to represent her country, fulfilling her unique goal of being an Olympian. After her youthful success, Ingram walked away from the game for 22 years to raise her children.

For fans of the East Course, the Curtis Cup will also serve as the unveiling of a three-year, multimillion-dollar restoration project, completed in 2019 and overseen by renowned architect Gil Hanse, who lives just minutes away on the Philadelphia Main. Line, in Malvern.

Even to the trained eye, Hanse’s changes are barely noticeable, an observation to which Scott Nye, Merion’s Golf Director, replied, “Good. It means we have succeeded.

While many tees and greens have been expanded or refined, much of the restoration work is actually underground and therefore invisible – like one of those underground drainage systems favored by the likes of Augusta National.