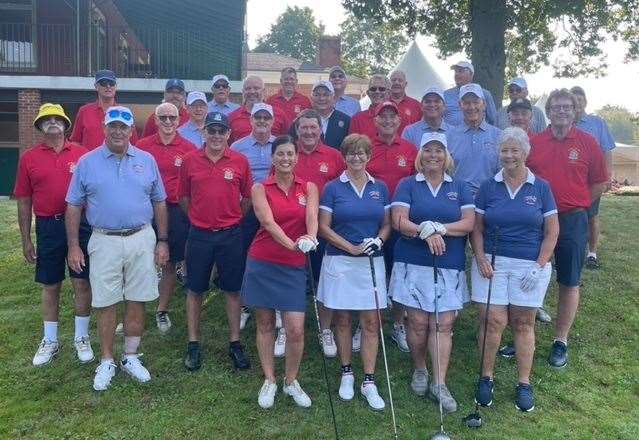 The match replaced the one canceled in 2020 due to the covid pandemic.

Newark Golf Club beat its hosts in a three-day competition by 14½ to 13½ points to retain the Newark Advertiser Cup.

Moundbuilders Country Club will come to Newark to play Game 15 next September, bringing the competition back into sync with the Ryder Cup schedule.

“The team made a fantastic effort to retain the Newark Advertiser Cup, winning in Newark, Ohio for the first time in seven visits. Previously we had lost four matches and split two away matches,” said said Newark Cup captain David Fox.

“The result after 14 games is Newark UK with seven wins, Moundbuilders Newark Ohio with four wins and three games halved.

“We are looking forward to September 2023 for the next game. I would like to pass on my thanks to those who made the trip and to the rest of the Newark Golf Club members and club pro Jasen Barker for supporting us.