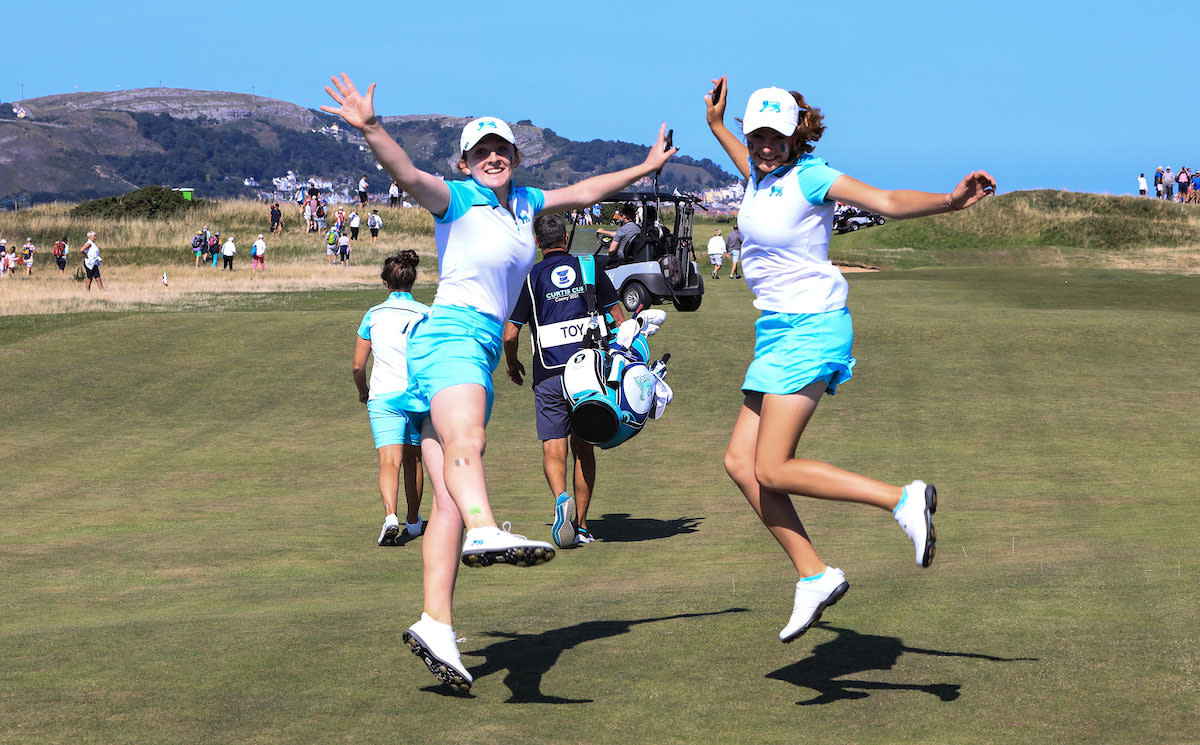 If Caley McGinty’s future in golf is based on her current resume, her future is indeed very bright. A junior at Oklahoma State University, McGinty already has several international victories and accolades to his name.

McGinty won the Mid-American Conference (MAC) golfer and freshman awards after earning three wins at Kent State. After a transfer and his debut with Oklahoma State this fall, McGinty quickly added two more wins to his list.

Originally from Bristol, England, McGinty is majoring in management and plans to play for the Cowgirls Division I golf team for the next three years. Despite 15-degree weather in Stillwater, Okla., McGinty had already finished practice early in the morning before our interview and was planning his short-game practice because it hadn’t snowed yet.

McGinty took the time to share with us how she almost missed the opportunity to play college golf, her fondest memories from her whirlwind summer, and the tournaments she’s most looking forward to this year.

Sports Illustrated/Morning Reading: What was the college golf recruitment process like from the UK?

Caley McGinty: It’s funny, I didn’t know anything about college golf until I was 17 or 18. An agency that helps girls in the UK get scholarships in the US emailed me one day, and I thought, oh, maybe. We connected and she walked me through the process and then sent my resume to some schools. I ended up talking to Kent State and going. I signed in February and started in August, so it was very fast.

IS/MR: How does golf differ here from the UK?

McGinty: Greens in the United States are much more wavy. The greens here are very flat because we have so much wind on the links courses that the ball could not stop on the slopes. Reading the green was a big adjustment as I could only see straight putts and it was difficult for me to aim high. It was crazy to me that inside 6 feet I had to aim outside the hole. Another difference is that college golfers and courses are much longer in the United States. You didn’t need to hit as far home and it was much tighter. I had to get stronger and learn to really hit him. I’ve never been in a gym before college, so freshman year was a shock to the system, but the program here under Jonathan Moore is awesome and I enjoy it.

SI/MR: Having experienced just about every facet of college golf from being an international rookie, winning multiple tournaments, and transferring, what advice would you give to golfers just starting their college career?

McGinty: Try to soak up as much as you can. College golf can be pretty full, but as long as you have your priorities right, take advantage of it as much as possible because it’s such a great opportunity and there’s so much to choose from. It’s easy to take things for granted.

SI/MR: You’ve had a hell of a year in 2021. What did it mean to you to be part of the winning England team at the European Women’s Team Championship?

McGinty: It was an incredible feeling. It was my first time playing in the European Team Championship, so I had no idea what kind of format we were going to play. I knew some of the girls – in fact, it was the first time I had properly met Lianna (Bailey), who was going to be my teammate here. The team camaraderie and playing for your country – there’s so much pride in that. Winning a gold medal is quite special and it was so exciting; it was also close which made it even better.

SI/MR: How did you feel receiving the call last summer to compete in the 2021 Curtis Cup, and what was your favorite moment of the week?

McGinty: It was probably my favorite week in my golfing career, simply because I had it built in my head for so long. I never thought what it would be like to play there, only to be part of the team for the last 10 years of my life. I never imagined how amazing it would be to be a part of it and to have all my family and the people from my golf course there. I played foursome with a girl I grew up with, so it was just the best thing ever. I can’t really put it into words, and it went so fast too. It was an experience I will never forget.

SI/MR: What do you expect from this season?

McGinty: Competing with the team. We had a really good fall season, so we just want to continue that this spring. We’re also looking forward to the playoffs with national and regional championships, and it’s all going to be a new experience for me now that I’m in a different conference. Regionals will be on our home course, Karsten Creek, so it will be fun. I also have the Augusta National’s Women Amateur at the end of March, and I’m really excited to experience the ride to Magnolia Lane and then be able to play Augusta.

SI/MR: If tournaments started having first start songs, what would be yours?

McGinty: Probably “Can’t Hold Us” by Macklemore. I played the Patriot All-America Invitational in late December and they had music playing all around the golf course so that was cool. I wish they did more. Everyone liked it, so I think we’ll see more of it in the future.

IS/MR: What’s your favorite food in the United States that you can’t find at home?

McGinty: Peanut butter here. I don’t know what you put in there, but I had to stop myself. Peanut butter at home is less sweet, but here it’s so addictive and I have it everyday when I’m in the US

SI/MR: What are your plans after college?

McGinty: I want to graduate first and then try the LPGA Qualifying School. I also want to play on the LPGA Tour and the Ladies European Tour.