Oakland Hills plans to build replica clubhouse after fire; could last until 2024 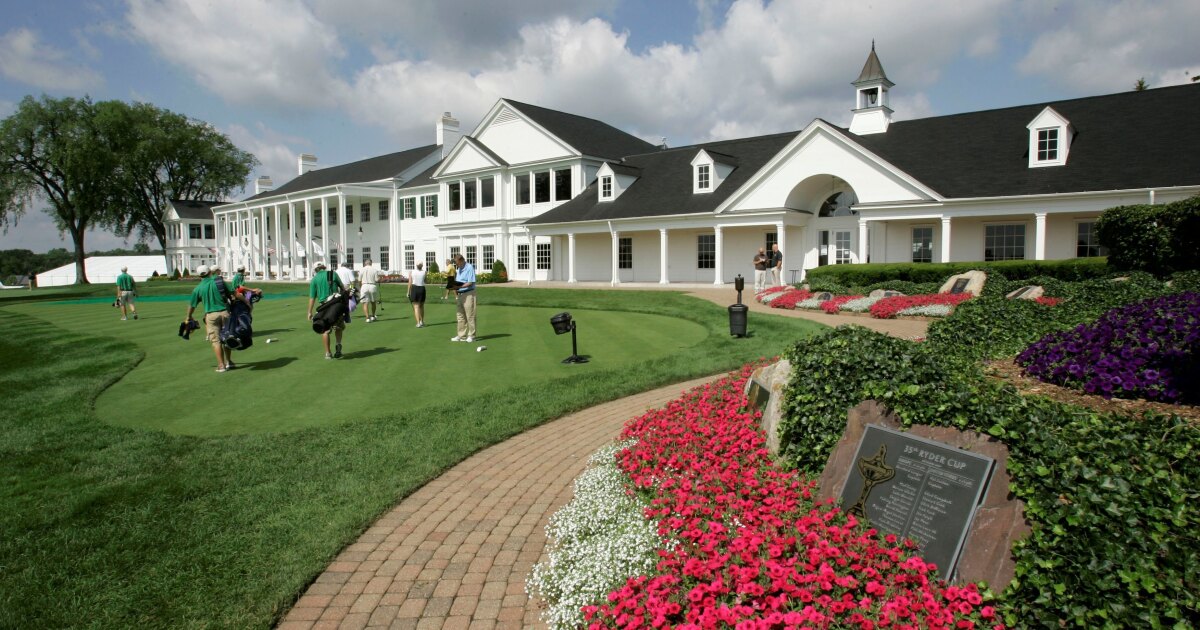 Oakland Hills President Rick Palmer provided an update to the media on Monday, saying the club’s board of directors met over the weekend.

According to Palmer, the board took the “easy decision” and voted unanimously that a new clubhouse would be a replica of the old clubhouse.

At this time, it’s unclear how long a rebuild would take, but according to Palmer, they’re making plans for what 2022 and 2023 will look like in terms of the temporary clubhouse, and it could even go as far as 2024. The United States Golf Association has also offered help and the contractor they use for the temporary setup for USGA events.

Last Thursday, a fire started in the attic of the Bloomfield Township clubhouse and quickly spread to most of the clubhouse. The tennis building, pro shop, golf operations building and golf maintenance facilities were unaffected, according to Palmer, and the 2022 golf season is not expected to be affected by the fire.

On Monday, firefighters were at the clubhouse scene for an investigation. According to Palmer, there is no damage estimate and the insurance company will decide whether or not it is a total loss. Palmer said they were planning and operating internally as if it were a total loss.

It was also reported last week that memorabilia inside the clubhouse had been rescued by firefighters and Oakland Hills workers and members. According to Palmer, firefighters found a window they could use and asked them where the memories were.

These souvenirs were passed out the window to employees and loaded into a van. According to Palmer, they were able to salvage several items, but he did not specify what was salvaged. Palmer said the restoration company is working with the insurance company to see what has been salvaged and can be restored depending on the condition it is in.

Around 25 employees work full-time at the club during the off-season, but luckily no one has been injured.

While the insurance company is still working on the investigation, Palmer said they are fully insured and feel comfortable with the amount they have on the club for a rebuild.

Oakland Hills opened in 1916 and features two courses designed by legendary golf course architect Donald Ross. The clubhouse was built and completed in August 1922 and was nearly celebrating its 100th anniversary when the fire occurred.

C. Howard Crane designed the clubhouse at a cost of $650,000, according to the club. He was also the architect of Orchestra Hall, the Fox Theatre, Olympia Stadium and the Capitol Theatre, now the Detroit Opera House.

The club was modeled after Mount Vernon, the Virginia home of George Washington.

It has hosted 17 major championships, including six US Opens and the 2004 Ryder Cup. It is expected to host the US Women’s Open in 2031 and 2042, and the club hopes to secure another US Open in the future after the south course is restored l ‘last year.