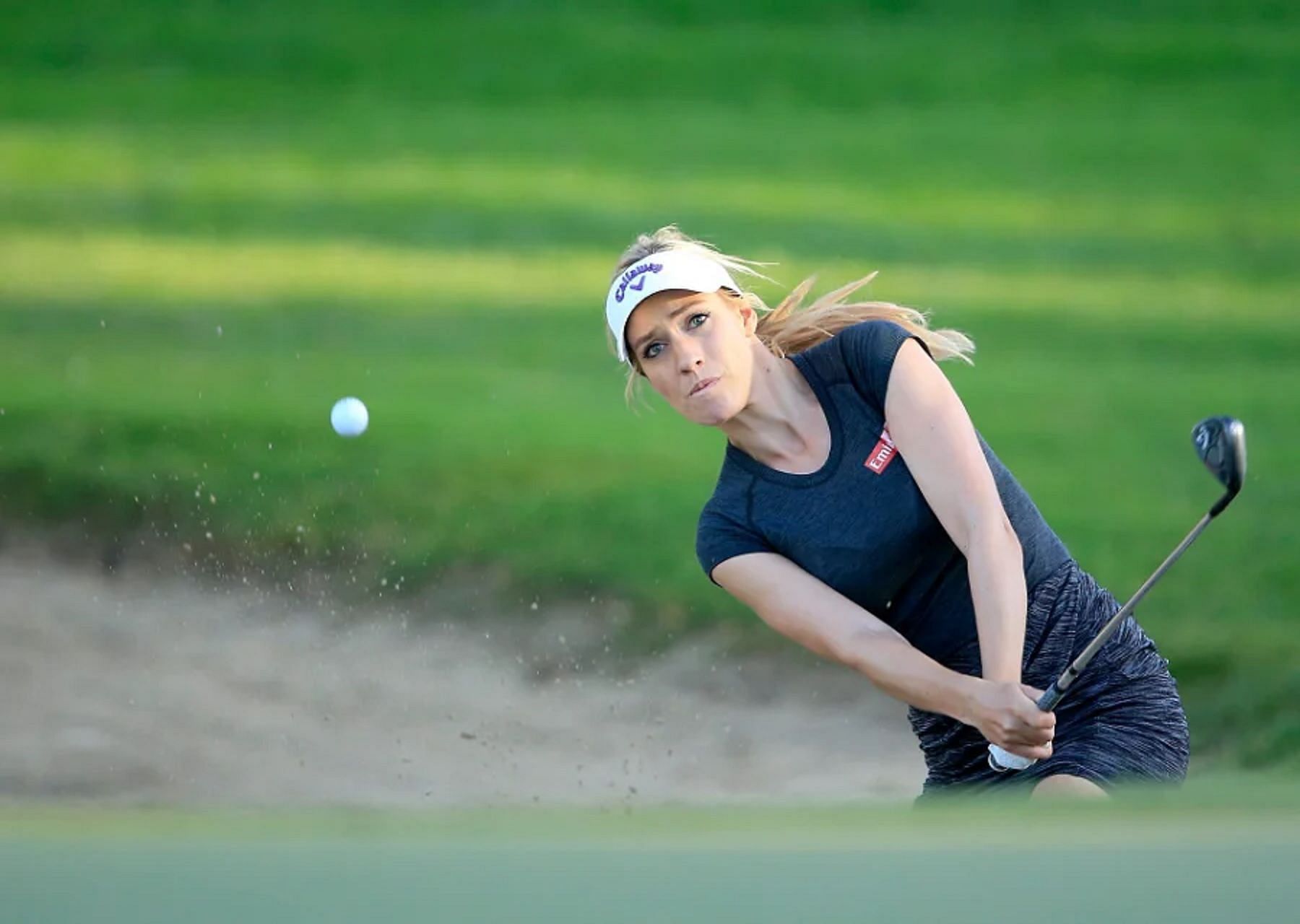 Paige Spiranac is better known as an influencer than a golfer. With over 3.6 million followers on Instagram, she is the most followed golf personality on social media. She passed legends and golf stars including Tiger Woods, Phil Mickelson and Rory McIlroy to take the top spot. However, this was overlooked by many in the golf world as they viewed Spiranac as an influencer.

Golf Magic has compiled a list of the most followed golfers on Instagram, and Paige Spiranac took the top spot. According to the website’s Twitter post, the former European Tour golfer Spiranac led Woods by 600,000 followers. As the tweet went viral, many came forward to criticize it, saying Spiranac was not a golfer and should not be on the list. However, the golfer-turned-model had an altogether different reaction.

Paige Spiranac decided to celebrate the accomplishment differently. Amid heated discussions about whether or not to include her in the list, Spiranac stepped forward to mock her supporters. The golfer, who is famous for her sarcastic situations, noted that she likes the following since men like her body in golf.

The former golfer’s reaction appears to have softened the attack on the current issue as it showcases her self-awareness. It’s pertinent to note that the post has become a topic of discussion as Spiranac is the only non-PGA Tour or LIV Golf star on this top 10 list. After leaving professional golf in 2016, Spiranac ventured into new areas including podcasting and modeling.

This is the first time that a news agency or media has mentioned Spiranac as a golfer since her retirement. Meanwhile, it’s also worth noting that her growing following has put her above active golfers. While people may continue to debate whether or not she deserves to be on the list, there’s no denying that Spiranac is one of the most influential voices in sports.

Currently, Paige Spiranac is a golf coach, social media influencer, podcast host, entrepreneur, and model. Despite the harsh criticism she’s been receiving, the former golfer continues to find her way to staying on top of the game. She first went viral after winning the 100th Colorado Women’s Golf Association Match Play Championship.

The golfer received a love letter from a Total Frat Move writer that went viral online, boosting her popularity. After gaining nearly 100,000 subscribers within days, Spiranac began spreading across the internet. She then began to gain recognition for donning risque outfits during competitions.

Spiranac soon began doing modeling gigs. His partnerships with numerous golf equipment and apparel companies have also brought him financial gains. Additionally, she hosted her own podcast titled Play a game with Paige Renee, which has strong popularity. With more than 3.6 million subscribers, it’s safe to say that she established herself as the first female model/influencer in golf.