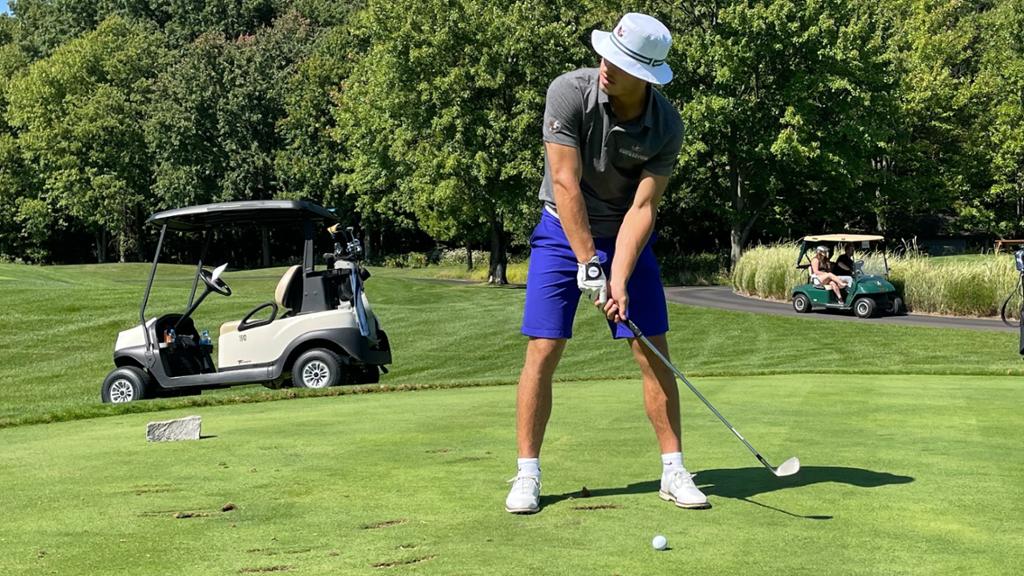 John Sass was not going to miss one of his favorite days of the year.

The Vice President and Chief Creative Officer of The Scotts Miracle-Gro Company had attended the Columbus Blue Jackets Foundation Golf Classic a few times prior to today, given the company’s long-term partnership with the Blue Jackets, but that doesn’t mean the event gets any less special every year.

“I tell you, there are few events in central Ohio and few golf courses that you want to play more than playing on that Columbus Blue Jackets Foundation outing at Double Eagle,” said he said on Tuesday. “Every year this event is so high-end in so many ways. The players are great, the environment is second to none, and it’s definitely one of those dates that I circle around and make sure to clear the calendar so you can play.”

The event has become an unofficial part of the CBJ season kickoff, not to mention one of the foundation’s biggest fundraisers of the year. The mission to support health and wellness initiatives for children in Central Ohio — which has included donating nearly $12 million in grants since the foundation’s inception — begins with events like today. today.

“It’s a great day, and everyone is here to support a great cause,” said Andee Cochren, the new executive director of the CBJ Foundation. “This event is truly helping us bring about meaningful change in Central Ohio when it comes to youth health and wellness.”

And events like these don’t happen without tremendous support not only from corporate partners, but also from hockey operations staff and team players. Twenty-five players, staff and alumni along with head coach Brad Larsen spent the day before training camp participating, including new recruit Johnny Gaudreau.

While the winger joked that Double Eagle probably wasn’t happy about him tearing up the course, it was clear that Gaudreau – who hosts his own annual golf outing to raise scholarship funds every summer in his native New Jersey – had fun one day before his first training camp with the Blue Jackets.

“It’s great,” said Gaudreau. “Obviously it’s a lot of fun for us, but when you know it’s going to a really good cause, it’s important. You want to try and give as much as you can. You have a great time here, and eventually you you’re doing it for a good cause.”

Gaudreau’s group couldn’t finish in the money among the 26 that hit the course that day. While being a golf fanatic Gustave Nyquist is the best golfer on the team — he submitted a handicap of over 1.9 — and names like Jake Bean (1) and Patrick Laine (1.9) can certainly hit the ball, Jack Roslovic went first in the Player Draft and the Meyers Jewelers team with Elvis Merzlikins emerged as the champion.

Bill Stemm, Vice President of On-Site Sales at G&J Pepsi, reflected on the event once again and said that while golf was fun, the personal nature of time spent with players and coaches is the one of the highlights of the event.

“You know you’re supporting a really good cause, but the opportunity to play with players and hang out (stands out),” Stemm said. “Last year it was Patrik Laine, and I had a wonderful time. Plus they bailed you out with their golf game.”

Each of the teams and partner companies involved not only got to participate in a great event, they also supported a great cause, said Jim Capuano, president and CEO of Horizon Telecommunications.

“We’ve done a lot of charity work with the Blue Jackets, so that’s a big thing for our business as well,” Capuano said. “It’s great to be involved.”