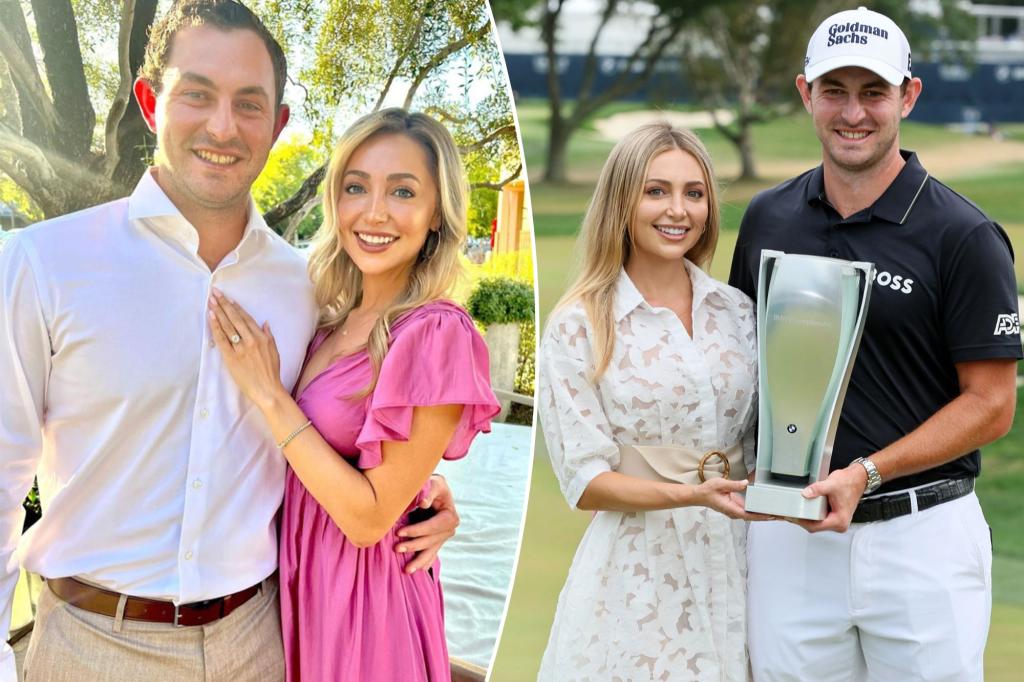 On Saturday, Cantlay, 30, popped the question in Napa, Calif., when presenting his bride-to-be with a stunning round-shaped diamond ring. Guidish shared the exciting news on Instagram on Tuesday.

“With all my heart ♥️ 9.3.22 ♥️,” Guidish captioned his post, which featured photos of the happy couple celebrating with friends including fellow PGA Tour pro, Xander Schauffele, and his wife, Maya.

Cantlay and Guidish went public with their relationship in June 2021. At the time, she shared an Instagram photo of the couple at the Memorial Tournament, where Cantlay outlasted Collin Morikawa in the playoffs to win his second Memorial title.

It’s unclear exactly when Cantlay and Guidish started dating as the pair are mostly private about their relationship.

Guidish is a pharmacist at Palm Beach Pharmaceuticals, where she has worked since July 2020, according to LinkedIn. The Florida native is a former model, fitness influencer and bodybuilder.

Last month, the couple celebrated Cantlay making history as the first winner of the PGA Tour of Delaware event at the BMW Championship, which took place Aug. 21 at Wilmington Country Club.