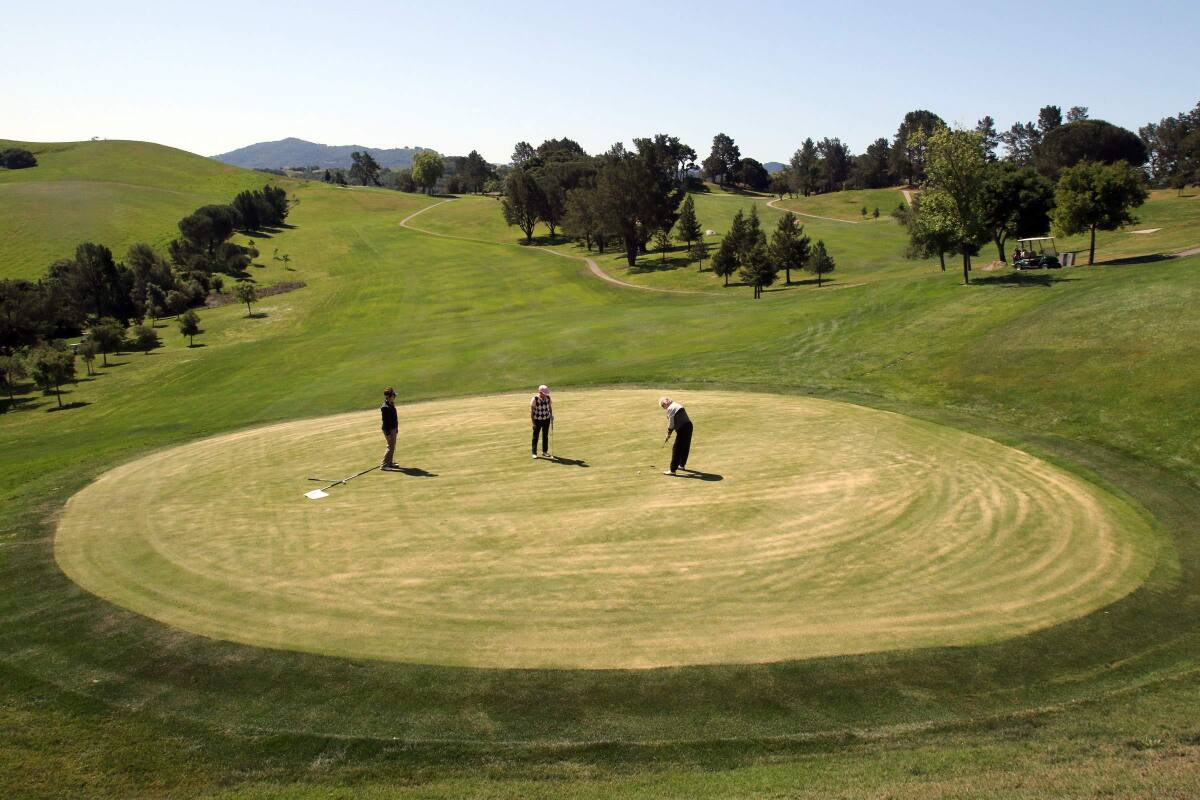 The Petaluma Golf and Country Club has aged well.

Despite the drought, the club are looking and playing incredibly well for a facility that has hit triple digits. Founded in 1922, the club turns 100 this month.

Club members will mark the historic event on September 23 with a Centennial Kick-Off Cocktail, followed on September 24 by the Bobby Jones Hickory Stick Golf Classic, Family Carnival, and a “Puttin’ on the Ritz” Gala and Dinner Dance. .

Located in the hills of South Petaluma, just off Petaluma Boulevard, the course is one of Petaluma’s tranquil treasures.

Times have changed, the course has changed, but Petaluma Golf and Country Club is the same community-focused facility it was when it was founded on 80 acres of property donated by the McNear family.

Plans for a Petaluma golf course were first reported in the Argus-Courier in 1922. San Rafael, Santa Rosa, Ukiah and Sonoma already had courses and the Argus story noted: “A town without this acquisition is no longer on the map, so golf has become popular.

According to a story on the club’s website, compiled by member Keith Brians, the Petaluma Golf and Country Club was officially organized on May 17, 1922, when 60 golf enthusiasts gathered at the Chamber of Commerce, chose the president of GP McNear and formed committees to design and build a golf course, which would include not only the course, but also a clubhouse with furniture, a water system and a road leading to the top of May’s Hill.

In a very short time, the course was opened for play on September 24, 1922, with temporary tees and greens. The rolling terrain offered spectacular views of the valley below, but also presented challenges for golfers. Neither has changed.

Dan Libarle, who has played the course for more than seven decades since he was 8 years old, observed, “Before, you could hit a tee shot on the second hole and it could roll pretty damn close to the highway.”

The first tournament was held on April 8, 1923, and was won by Emmett Olmsted, Jr., son of Argus-Courier editor Emmett E. Olmsted.

The ground was laid for the $25,000 clubhouse in March 1923. The clubhouse, with renovations and additions, still stands and serves not only club members but the community for functions like weddings , banquets and club meetings. It was designed by renowned architect Brainerd Jones who designed, among many community buildings, the Petaluma Library on Fourth Street, which is now the Petaluma Museum.

Although there were adjustments, changes and modifications over the following years, it was in 1945 that the course was drastically altered by the Course Improvement Plan. According to the new plan, holes 4, 5 and 6 have been abandoned and replaced by three new holes in a different configuration. The new alignment eliminated some of the steep hills and deep ravines of the original course. Some of the original tee boxes and greens can still be seen while playing the course.

Over the next half century there have been many changes and modifications, but the course remains the relatively short and challenging course envisioned by its founders.

Of course, the founding members never envisioned a large swimming pool, the addition of a pro shop and other amenities to the renovated clubhouse and the addition of a putting green, iron field, a chipping green with bunker and additional parking.

Two things have remained through the century: the course offers the most spectacular views in Petaluma and the club retains its feeling of being a community and family establishment.

“It’s called a country club, but there’s nothing snobby about it. There really is a muni-course course atmosphere,” noted Lois Pearson who regularly plays the course with her husband, Harry. “I grew up playing Harding Park in the city and it feels like ordinary people love golf.”

“Everyone is welcome here,” noted longtime club member and unofficial club historian Keith Brains. “The course is small, but it’s challenging and easy to get into.”

It is also mixed. Women have always been welcome and many of the early tournaments of the 1920s featured women’s competitions. Roberts, who runs the course while playing with her husband, said the women play the course well. “It’s difficult, but the women do very well.”

And that’s historic, not just at the beginning, but over the years. Many Petalumans started playing golf at the course and have continued to play there.

“I’ve played courses all over the world, but I always come back to Petaluma,” Libarle said.

COVID has taken its toll on the club, as it has on most golf courses, but the Petaluma club has bounced back and now has a capacity of 265 members with a waiting list.

There have been many changes in Petaluma and around the world since the first ball was hit on the course built on a given course a century ago. Through storms, conflict, recessions, inflation, and most recently pandemic and drought, Petaluma Country Club has not only survived, but thrived.