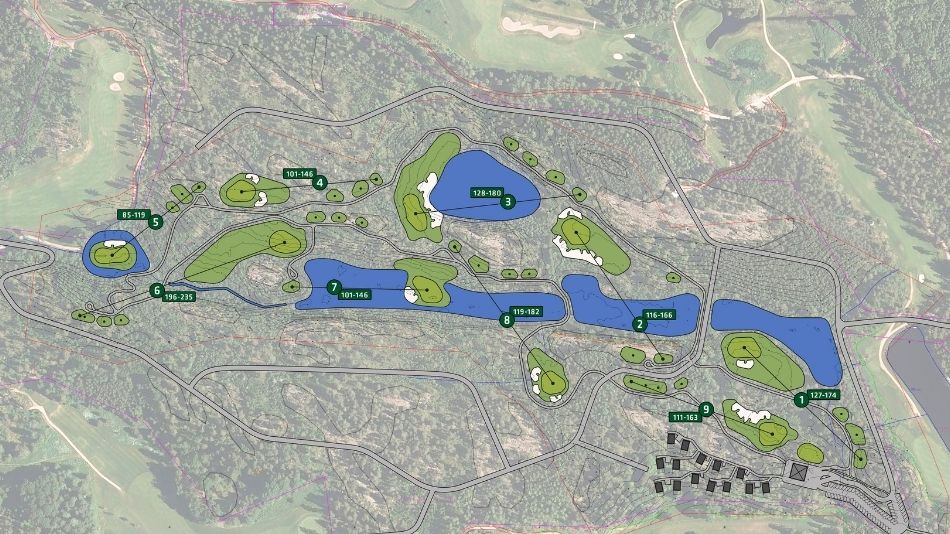 Pickala Golf in southern Finland has commissioned Lassi Pekka Tilander to design a new golf course, which will be the shortest of its four layouts.

The new nine-hole, par-three course will be called The Rock and join the club’s three 18-hole courses: Forest, Park and Seaside.

“The Rock Course area is unique,” ​​Tilander said. “The ancient rocks, partly covered with moss and low-growing conifers, create a magical atmosphere. The golf experience will be new for players; building a standard course on such a site is impossible. But it’s perfect for a superb par three course as each hole doesn’t require much more than a tee and green.

The holes will range from 85 to 235 yards, with the course being built between the Forest and Park courses.

The second, third, fifth, seventh and eighth holes will all feature tee shots on the water. Tees will be elevated, providing long-range visuals across the course, with the greatest difference in height between tee and green being nine yards, being on the fifth, which has an island green.

“The greens will be designed to be diverse, even the best players won’t find the course easy,” Tilander said. “The holes are soft enough for less experienced players when played from the shortest tee.

“Rock’s construction budget, estimated at around 3 million euros, guarantees quality and uncompromising construction. This will be more money spent per square meter than on any other Finnish golf course.

Construction will begin with heavy earthworks in the fall. The goal is for the course to open in the summer of 2024.

Pickala also recently appointed Nicklaus Design to develop a master plan for the renovation of its Park course, which is expected to be completed in early 2023. Dirk Bouts is leading the project for Nicklaus Design.