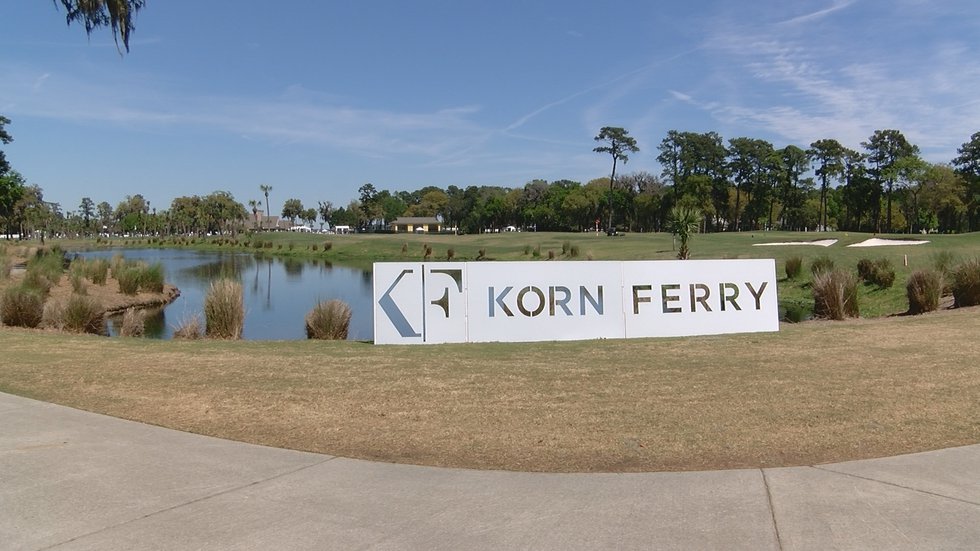 SAVANNAH, Ga. (WTOC) – Friday marked day two of the Club Car Championship at the Landings Club. Due to Thursday’s weather delay, 44 players had to complete their first round, but by the end of the day, the second round was on the books. 71 players made the cut and will head into the weekend.

At the end of the day, Erik Barnes took the solo lead at -13 after shooting a bogey-free lap.

“I kind of tried to take the mentality that I’m not playing very well this year, so I’m kind of in grind mode, and it’s worked so far this year,” Barnes said. “It’s going to be tough the next two days, no matter what.”

Beaufort resident Mark Anderson was second at -11, shooting a 67.

“This golf requires a lot of patience. You start to get aggressive and miss in some of these bad spots here, you can really move around so just be patient and take advantage of whatever holes I can.

Anderson said knowing the area, this type of course and the weather paid off.

“It helps, that’s for sure. It’s never easy. Like yesterday when there are gusts and thirty miles an hour. It’s a bit different and I feel like staying inside and not going out, but I’m used to it. I like it. This golf course is setting up, it’s playing really hard with this type of wind and it looks like it’s going to set, so maybe lower scores this weekend.

Anderson has won the Korn Ferry Tour twice and will try to do three on Sunday. It would be his first since 2019.

Mark Hubbard is third two strokes behind. Four players tied for 4th at -8 and two tied for 8th; Carl Yuan and Jeremy Paul.

Former Armstrong State golfer Shad Tuten moved up 26 spots in the standings to a 69, which puts him tied for 23rd.

“Low numbers are extremely achievable here. I did it, and I know it’s, you know, I know how they’ll set up the course on Saturday, you know,” Tuten said. “Someone is going to be able to get low, and I’m going to shoot it.”

Play resumes at 7:24 a.m. on Skidaway Island for Round Three and Military Appreciation Day at the Club Car Championship.