Player’s Guide to St. Andrews, the Home of Golf 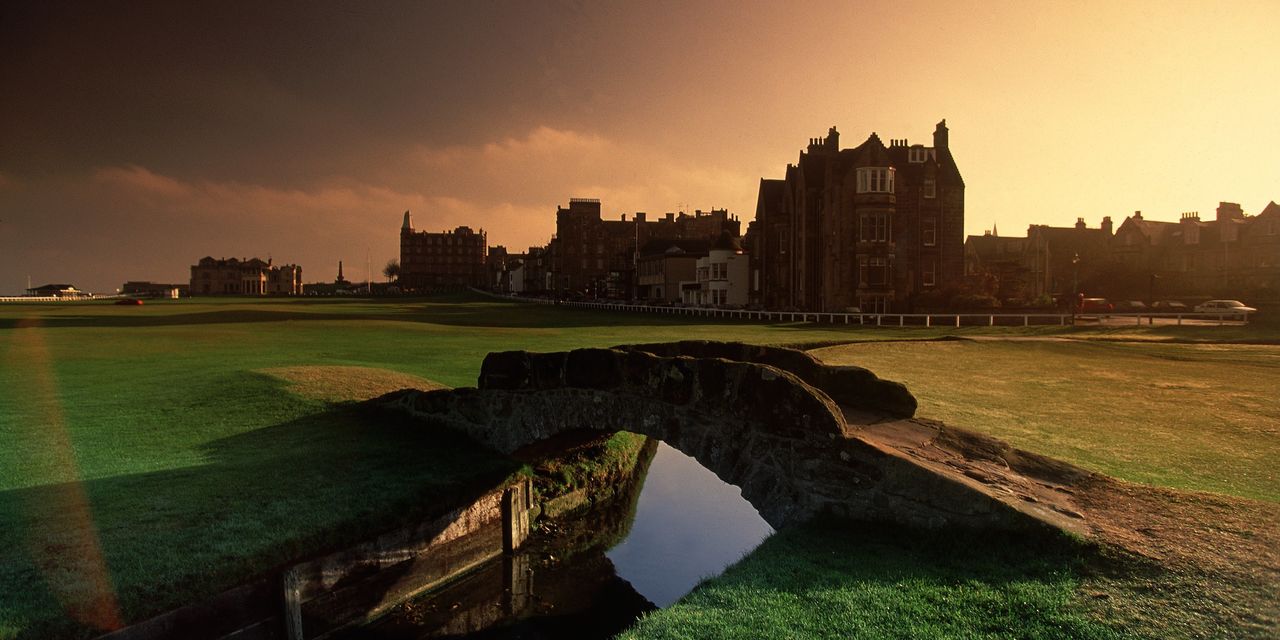 
The Scottish Old Course in St. Andrews will once again host the last major tournament of the golf season, The Open Championship. During the week of July 10, the game will return home to celebrate the 150th anniversary of its oldest tournament at the course celebrated internationally as the birthplace of the sport.

As the world of professional golf publicly grapples with competition between rival circuits and controversies surrounding players, the return to its Scottish roots at St. Andrews is a welcome narrative shift for the sport.

For players and fans, a golf trip to Scotland is a bucket list item. Whether links enthusiasts want to experience the history of St. Andrews and the 150th Open, or get away from the crowds on courses miles from The Old Course, there are several approaches to celebrating the homeland of golf.

A great place to stay on a golf-centric visit is Rusacks St. Andrews. Built along the shared fairways of holes 1 and 18, the hotel is a familiar TV fixture on coverage of The Open as it heads into The Old Course.

The interior sets the tone for all things Scottish golf, from tartan carpets to warmly lit dark wooden walls lined with aged books. Guests have immediate access to the seven St. Andrews Links courses which make up the largest golf resort in Europe.

The main attraction is The Old Course which will host the 150th Open. As with many old courses, tee boxes and greens share the same expanse, and players cover the same ground back and forth.

While other spots around Scotland attempt to lay claim to the title of the birthplace of golf, there has been a game of sorts on the grounds of St. Andrews since 1552. The grass at the Old Course is firm, sometimes sandy, and often edged with thick rough, inviting more bump and run play on the floor.

As well as this original St. Andrews track, visitors can take The New Course, Jubilee, Eden, Strathtyrum, Belgrove and The Castle. The latter is the newest addition to the roster, opening in 2008. The longest of the seven courses, The Castle Course features rolling hills, sea views and high views of the city center and its ruined ancient fortress. .

Less than 30 minutes drive from the St. Andrews family of courses, the resurgent Kingsbarns Golf Links is a local highlight. Tweed-clad men first brought their spoons and putters to Kingsbarns in 1793, and a course remained on its seaside climbs until the start of the Second World War, when defense efforts against the Nazi invasion undermined the turf.

Cleared of the explosives and redesigned by architect Kyle Phillips, Kingsbarns reopened in 2000 with a hilly layout that deviates slightly from traditional golf links with challenging terrain and demanding length. The nearby Kingsbarns Distillery keeps the 19th hole well stocked with its own house brand of whisky.

For players looking beyond the traditional stops in and around the golf capital, other elite courses await nearby.

About 90 minutes south of St. Andrews Links in East Lothian, Gullane Golf Club dates back to 1650 and comprises three distinct courses. Course n°1 is one of the most beautiful courses not only in Europe but all over the world. The last nine holes offer stunning views of the North Sea.

Just 20 minutes north of Gullane, the North Berwick Golf Club dates back to the 17th century, with the current incarnation opening in 1832. Adjoining the golf club, the Marine North Berwick Hotel overlooks the course.

Built on the outskirts of North Berwick, the Glen Golf Club offers a less formal, but endlessly enjoyable day on the grass.

Berwick’s most famous natural landmark is Bass Rock. Over 300 feet high and 7 acres wide, its rocks dominate the seascape; Glen Golf designers James Braid Ben Sayers made sure to include good views of the gigantic volcanic rock along most holes of the course.