Rahm maintains a two-stroke lead at the Mexican Open 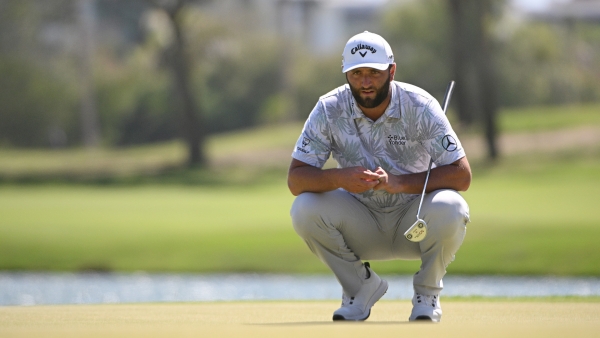 Tournament favorite Jon Rahm is co-leader of the Mexican Open, posting a score of seven under 64 in Thursday’s first round.

Rahm, ranked number two in the world, suffered no bogeys in his round, with six birdies and an eagle on the par-four seventh hole.

He is tied at five atop the standings with Americans Jonathan Byrd, Trey Mullinax, Bryson Nimmer and Brendon Todd.

Speaking to the media after leaving the 18th green, Rahm highlighted his success with the driver, finding the fairway with 12 of his 13 long balls.

“It was one of those rounds where I felt like it all clicked together. The short game was good, there was a chip-in, the putt was good and the tee to green was fantastic…probably a round as solid as the one I’ve played all year.”

As he enjoyed his game, Rahm explained how the conditions changed towards the end of his day and how it could be a lot tougher the rest of the weekend.

“Although I went into a little dry spell, I didn’t care that much because it’s not the easiest golf course,” he said.

“The one thing to keep in mind for people watching the scores – there’s a big difference between morning and afternoon (the conditions). We had no wind for 13, 14 holes – it’s very, very striking.

“Once the wind starts blowing at 20, 30 miles an hour, this golf course starts to show teeth.”

Cameron Champ and Patrick Reed have one more shot at four under, while Alvaro Ortiz is the highest-ranked of the Mexican contingent at three under, ahead of Armando Favela and Carlos Ortiz, who both shot 70.

In form, Davis Riley finished at two under, while Tony Finau and Cameron Tringale had disappointing days on par, the latter bogging both 17th and 18th to complete his run.