Road to the 2022 NCAA Championships 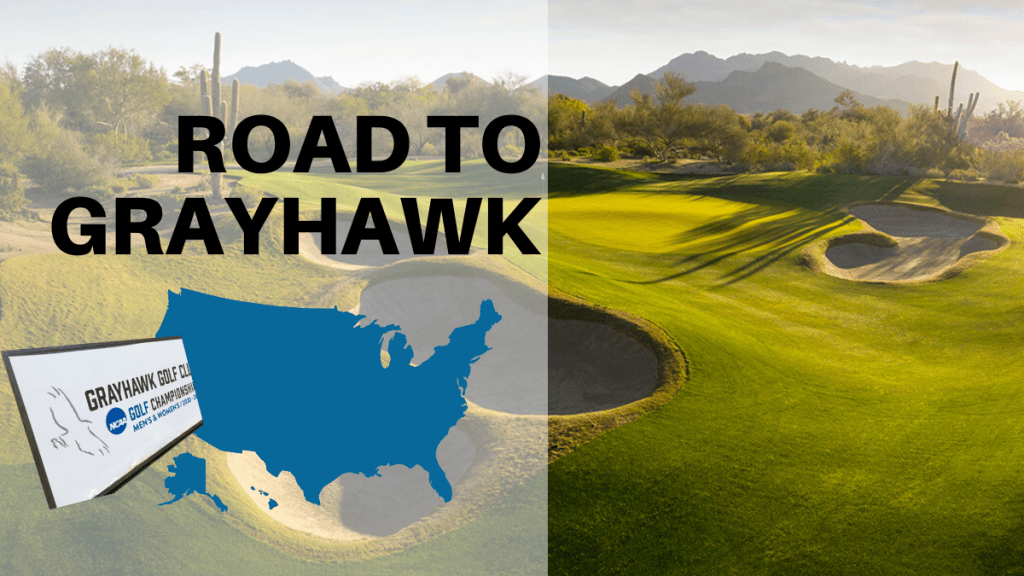 After both seasons were variously interrupted by the COVID-19 pandemic, the 2021-22 college golf season got off to a good start following the launch of the first fall tournaments across the country in September and the resumption of Road to Grayhawk.

Interested in all things college golf between now and spring? Be sure to check this page for the latest game updates.

Arizona entered Day 2 leading 7-5 after Sunday’s first day of action. Even with a two-point deficit, ASU coach Matt Thurmond was unimpressed with how day one ended.

“We felt like all of those key moments last night when the game was going, we struggled in those moments. Like, what’s going on? said Thurmond.

“We were pretty upset last night with how it ended and I woke up in the middle of the night and I was like, I said a few things that were a little too harsh and a little too aggressive. They’re doing their best and I kind of hit them pretty hard. I was worried, but they reacted well and they played really well from the start,” added Thurmond.

The two-day, Ryder Cup-style event kicked off a spring season culminating in the NCAA Championships (men’s and women’s) at Grayhawk Golf Club in Scottsdale.

Texas senior twins Pierceson Coody and Parker Coody are expected to miss some time this spring after suffering radial head fractures above the right elbow last month in a freak accident during a relay race after the ‘coaching.

“All we cared about was winning the race, and we went a bit too far,” Pierceson told GolfChannel.com last week. “It was just a freak accident.”

The timeline for a return is 8-12 weeks, which means the brothers will miss at least one event.