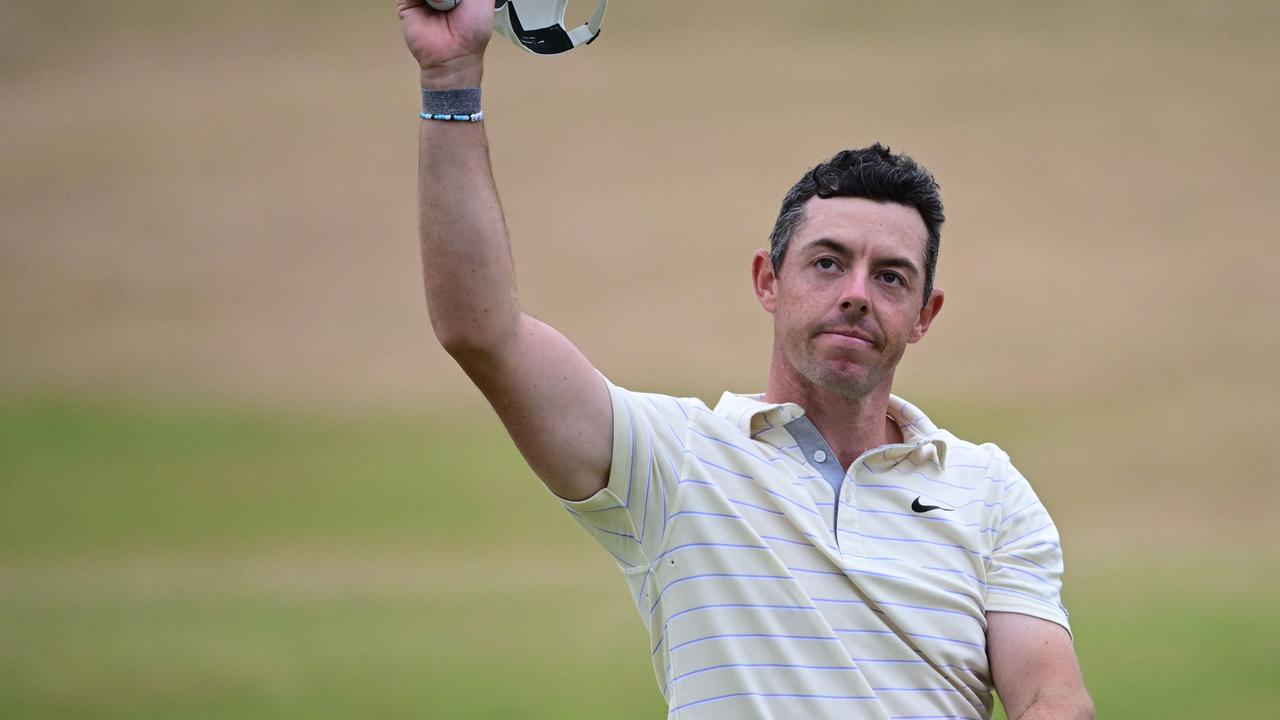 Rory McIlroy has signed up to play the BMW PGA Championship at Wentworth for the first time in three years as part of a boost to the DP World Tour during golf’s Civil War.

A group of big winners signed up for the Saudi-funded LIV Golf series, but world number three McIlroy has been a vocal critic of the rebel circuit.

The $8 million BMW PGA Championship prize is only topped on the DP World Tour, formerly known as the European Tour, by the season-ending championship in Dubai.

Alongside four-time major winner McIlroy, who was the 2014 champion at Wentworth, reigning US Open champion Matt Fitzpatrick is confirmed alongside former US Open winner Jon Rahm.

“I can’t wait to compete in the BMW PGA Championship again,” McIlroy said.

“It’s an event I always love to play. The West Course has been good to me in the past, and the fans are incredibly supportive.

McIlroy’s decision to play in the BMW Championship comes after a wild week, which saw Cameron Smith win the 150th Open in spectacular fashion. But suddenly the headlines turned to whether the Aussie was joining Greg Norman’s LIV golf series.

While Smith could still rejoin the Tour, Henrik Stenson shook up the golfing world when he signed up for the LIV Golf Series and was stripped of his Ryder Cup captaincy.

The defection has thrown the Ryder Cup into further chaos, with the historic tournament turning into a shadow of its former self.

The event in Italy from September 29, 2023 will be touted as Europe’s chance to get revenge for a humble defeat last year at Whistling Straits, but who will be on the pitch is anybody’s guess.

Stenson has been stripped of his role as European team captain while fellow European stars Lee Westwood, Ian Poulter, Sergio Garcia and Graeme McDowell are all at risk of being left out of future Ryder Cups.

As it stands, Americans Phil Mickelson, Dustin Johnson, Bryson DeChambeau, Patrick Reed and Brooks Koepka will not be part of the selection for Team USA at the event at Marco Simone Golf and Country Club. in Rome.

The US PGA Tour quickly suspended its defectors last month, effectively excluding them from the biennial team competition because they will not be able to earn the points to qualify.

The DP World Tour, formerly the European Tour, imposed heavy fines on its members who attended the inaugural LIV event in London and banned them from three events.

But the punishments haven’t stemmed the tide of players signing up for the Saudi-funded LIV series and it’s hard to predict how things will play out as golf’s civil war escalates.

Wednesday’s announcement that Stenson was jumping ship and playing in the third event of the LIV series in Bedminster, New Jersey, next week was a blow to the establishment of golf.

The 46-year-old Swede, who was named captain in March, said he accepted the decision even though he disagreed with it.

“I sincerely hope that a resolution between the Tours and its members can be quickly reached and that the Ryder Cup can serve as a redress mechanism between the various golf bodies and their members,” he said.

Westwood and Garcia said they see no reason why participation in LIV tournaments should rule them out of future transatlantic matches and, with 14 months to go, it’s time to reach a compromise.

But US Ryder Cup captain Zach Johnson has made it clear players must qualify for the team via the PGA Tour.

The Ryder Cup is golf’s preeminent team event in a highly individual sport, bringing together 12 member teams from the United States and Europe every two years for the three-day event.

Colin Montgomerie, speaking before Stenson was removed from his post, said sky sports that being captain of the Ryder Cup team was “the greatest honor that can be bestowed on any player on the European Tour”.

Padraig Harrington, whom Stenson replaced as skipper, said he wished his former European teammate had waited until after the 2023 tournament to move to LIV.

Norman accused of his own hypocrisy as Nemesis shares text exchange

Despite his disappointment, Harrington sounded optimistic, recounting Sky“He gave us a lot of time. Fifteen months is a long time for us to put someone in place, to have an idea of ​​what they’re doing and it won’t interfere at all.

But former European captain Tony Jacklin, who led the team to victory twice, warned the Ryder Cup could be badly damaged.

“As things stand, next year’s Ryder Cup is going to be nonsense,” the two-time big winner wrote in the Telegraph.

“This whole sorry saga is a real mess and the only way to settle it is through the courts,” he added.

Former world number one Jon Rahm expressed his anger over the situation at the British Open last week after fellow Spaniard Garcia confirmed his intention to quit the DP World Tour, a move that would end his chances of playing in the Ryder Cup.

“The Ryder Cup is the reason my family and I started playing the sport and the reason so many others play golf,” Rahm said.

“Because what happens to mean the best player in Europe (Garcia) can’t play is something that I find difficult to understand and process.

“The event that gives golf the most publicity worldwide is the Ryder Cup and that for this nonsense players like him can’t play there, it angers me even more.”