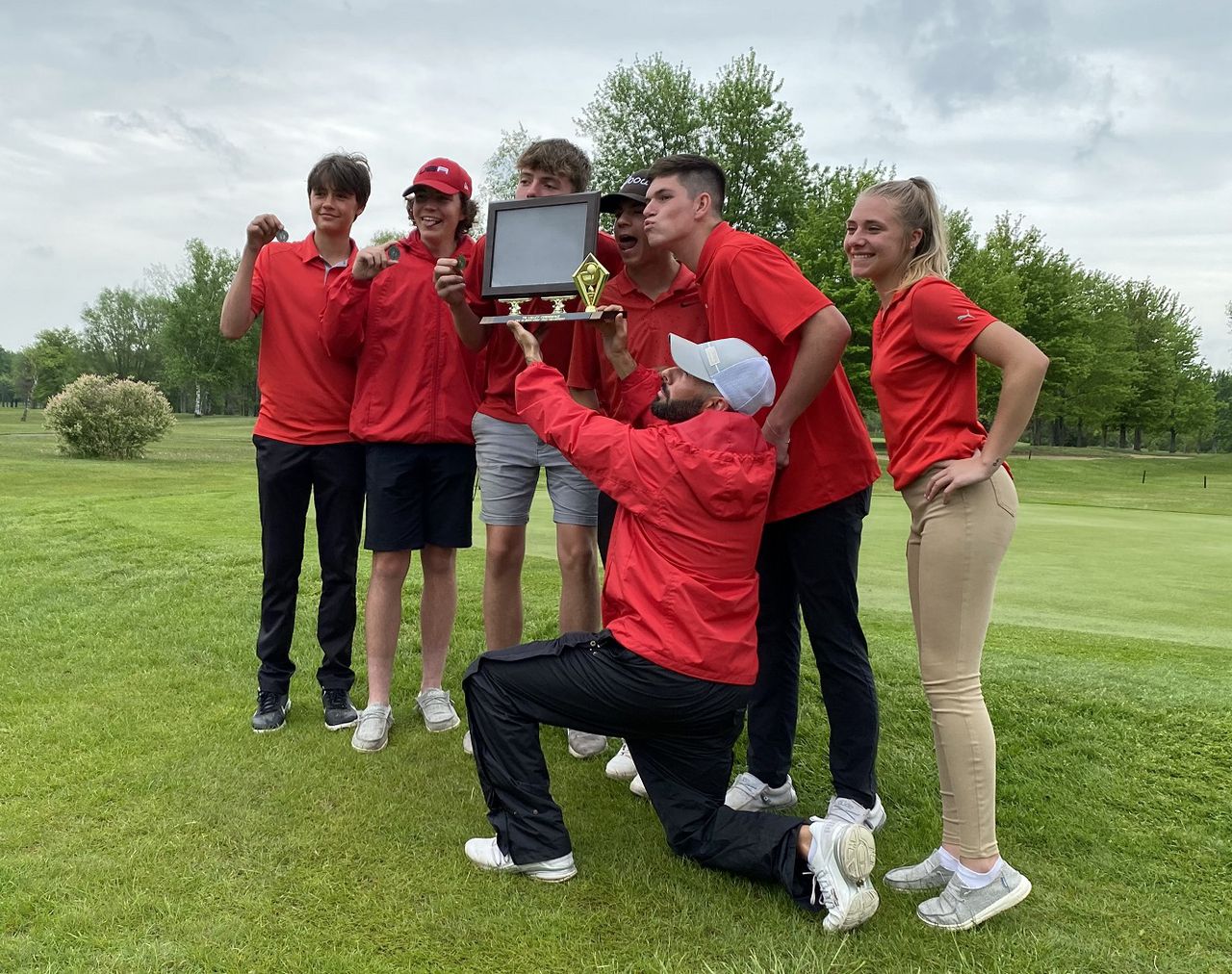 The Cardinals finished with 322 shots, led by medalist Bryce Martin. The freshman shot a 75 against Millington teammate Kaden Wisenbach, who finished second with a 76. Drew Murry also scored for the Cardinals with an 84 and Issac Slough with an 87.

Swan Valley finished second, three strokes behind the Cardinals with a 325. Junior Ashton DiBlasi led the Vikings with a 77. Swan Valley placed four golfers in the Top 10, with sixth-place finisher John McCarthy (82). Cameron Vacik and Alexander Galsterer are tied for ninth with 83 seconds.

In the Division 2 meet at The Emerald in St. Johns, Flint Powers won the regional title with a 303, led by medalist Robert Burns with a 69. Alma junior Jeffrey Sager qualified in the individual with a 76.

If you want sports news from your local high school delivered to your inbox every day for free, Click here and sign up for one of our local sports newsletters.