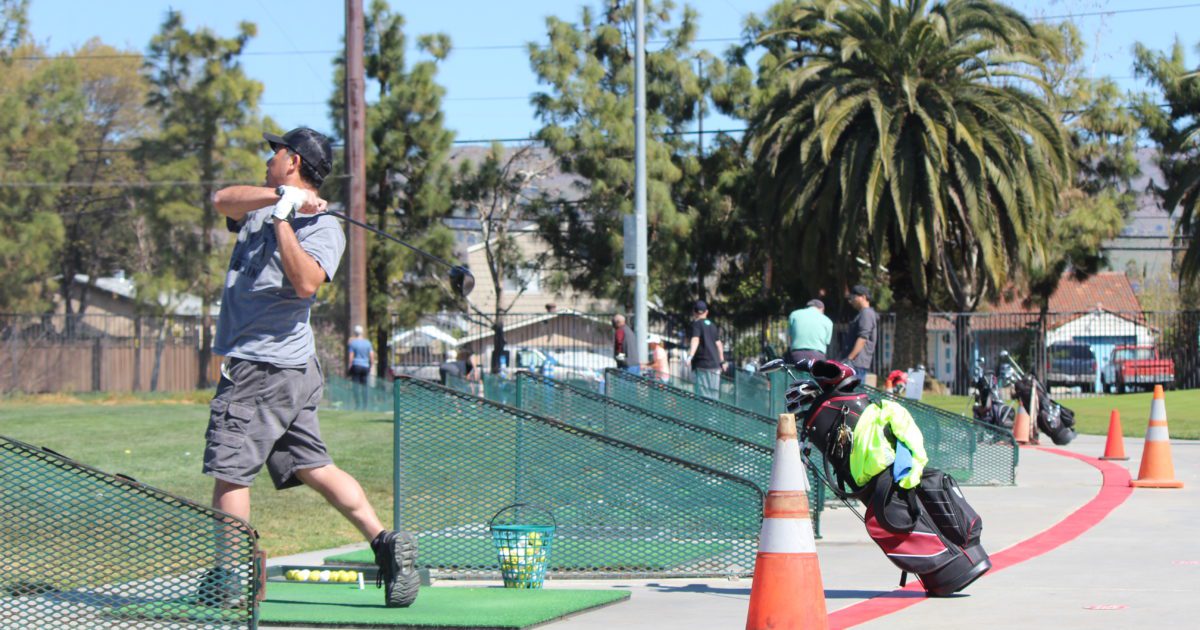 San Jose is looking to make its golf courses greener.

On Tuesday, the city council will consider finding a third party to operate the three city-owned golf courses in a bid to maintain stable revenues and operations.

Jon Cicirelli, director of city parks, said creating a long-term lease agreement would incentivize an operator to make improvements to public facilities, market golf courses and provide residents with access to affordable recreational activities. It would also financially protect the city from future downturns in the golf industry.

Councilman Raul Peralez, who represents the area where the 145-acre San Jose Municipal Golf Course at 1560 Old Oakland Rd. resides, said he was on par with the idea.

“(Public golf courses) provide residents across our city with access to open spaces and recreational activities,” Peralez told San Jose Spotlight. “As we seek long-term leases, it will be extremely important that these community assets provide community benefits, such as First Tee Silicon Valley and other programs with a long history of serving our youth.”

The timing of the plan is perfect. The city paid off the $2 million golf course debt with the $28.7 million sale of the Hayes Mansion in 2019, coupled with the sport’s growing popularity, Cicirelli noted.

Last year, the city’s courses reached record levels of play with nearly 213,000 rounds of golf, bringing about $1.5 million into city coffers. That compares to 130,000 rounds of golf and a net operating loss of $700,000 in 2019, according to city documents. Cicirelli credits the COVID-19 pandemic for the heightened interest.

“It’s something for young people to come in, to play outside, especially during the pandemic,” business owner Jeff Mullen told San Jose Spotlight after finishing a round of golf in Los Lagos. “And it’s beautiful. We saw two small foxes today so there is that wildlife component.

Mullen said he supports San Jose’s offer for long-term leases because it would likely bring more revenue to the city.

Professional golfer Matt Flenniken, who was playing with Mullen on Friday, agreed. He coaches golf lessons in Los Lagos and said he has been booked since the golf courses reopened after the 2020 COVID closures.

“The time for golf is now, it’s really growing. Being underserved in our area, given where we are, scares me a bit,” Flenniken told San José Spotlight. “San Jose is like the size of Chicago. We have five golf courses in the city, Chicago has 200.”

He said after all the city has invested in its golf courses, it would be a mistake to turn away from finding long-term solutions that could better serve residents. He noted that having a long-term operator could also allow for continuous improvements to the pitches.

Golf courses have long been a financial strain on the city. San Jose owed the field, but was not allowed to make a profit since some of the funding came from federal bonds. For a decade, the council toyed with the idea of ​​turning it into affordable housing or other recreational options like a soccer field.

In 2011, former Mayor Chuck Reed planned to sell the 31-acre Rancho del Pueblo golf course, located at 1649 Hermocilla Way in East San Jose, to a real estate developer. The course was running with a loss of nearly $280,000 the previous year, while 180 Acres Los Lagos at 2995 Tuers Rd. in San Jose was $1.5 million in debt that year.

In 2018, former Council member Johnny Khamis suggested at least selling Los Lagos. But that same year, 3,700 residents filed a petition with the city council demanding that it remain open.

Ciricelli said city officials have again considered those options, but maintained the best course would be to bid on long-term leases, especially with millions spent over decades to keep golf courses running smoothly. flow.

“A monthly subscription or membership would be hard to satisfy,” Mejia said. “Whereas here you can just walk in anytime and it’s much more affordable.”

The proposal will be presented to city council on Tuesday. Learn to watch and participate.

This story will be updated.