Sarasota’s adaptive golf group proves to have no limits 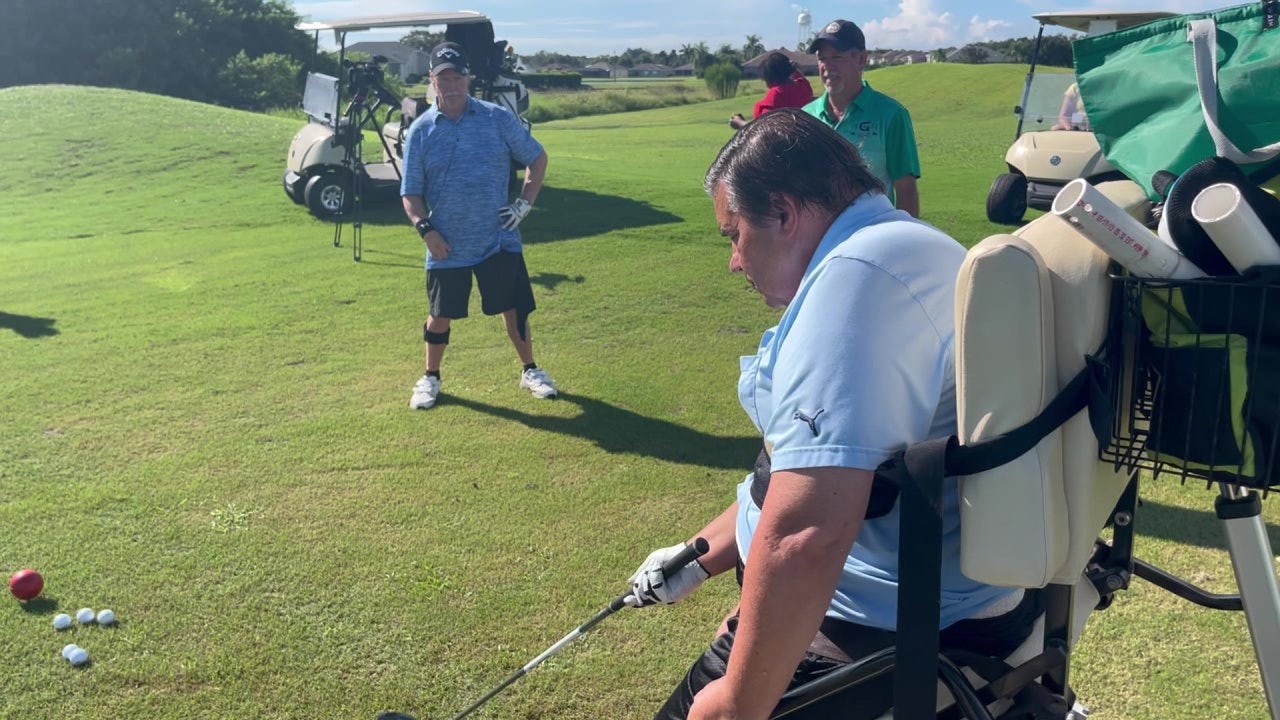 Sarasota group proves anyone can return to the sport they love

SARASOTA, Florida. – Steve Motycka remembered waking up from a coma and hearing even worse news – he had been diagnosed with cancer and only had months to live.

“I woke up and realized I had cancer and that was it,” Motycka said.

Besides his family and friends, the game of golf has helped Motycka stay alive. Motycka’s wife Kim said they never thought he would walk again – or be on the golf course.

Despite being told he was going to die, Motycka defied the odds and lived to see another day and continue playing golf. Now, thanks to a group of adaptive golfers from Sarasota, those like Motycka can learn to love the game of golf again.

Most members of the Sarasota Chapter of the Adaptive Golf Association are stroke survivors and have only partial use of their bodies. The group is the oldest in the country with the association.

The band wants to prove that their game knows no bounds.

Alex DeBoissiere, who suffered a stroke in Arizona three years ago, has been using golf as an escape and therapy since 2021.

The group meets every Thursday at Tatum Ridge Golf Links in Sarasota to enjoy the game they love.