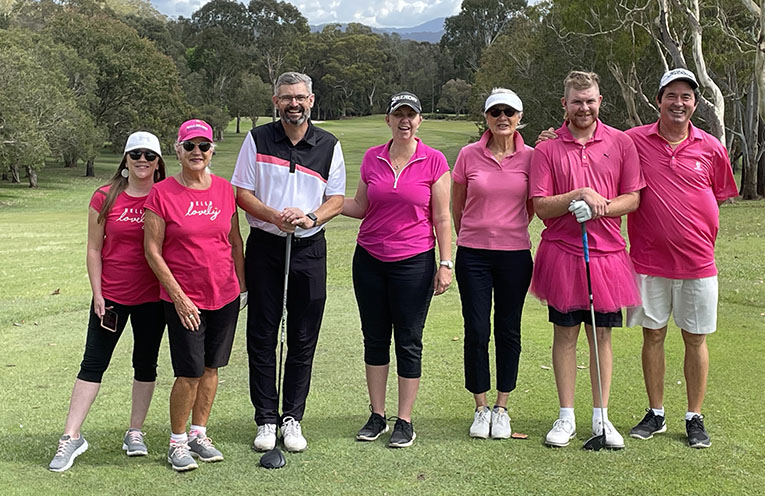 Members of the SAWTELL Golf Club hit the greens dressed in pink for a good cause and to honor the memory of a former breast cancer survivor.

Raewyne Leeds was a breast cancer survivor for over 20 years and died earlier this year.

She helped organize and sponsor the annual Breast Cancer Fundraising Day at Sawtell Golf Club for many years and insisted that the day be fun and full of camaraderie.

Raewyne Leeds’ memorial breast cancer fundraiser saw 78 of the female members, friends, staff and even a male player or two dress up and play in pink, as pink wigs and tutus featured among the sea of rose.

The annual Tee Off for Breast Cancer event was a 4-person Ambrose Casino Royale format, which raised over $ 5,000 for cancer research through raffles, with club pros being paid to drive players and various donations.

Lee Stewart helped organize the annual event after she herself was diagnosed with breast cancer in 2005.

She shared with News Of The Area the memories of the woman who was honored by this year’s event.

“Raewyne was very lively and a very happy person,” she said.

“She wanted the event to be a fun day in which we fundraise for cancer research.

“One of the things about Raewyne was that she wanted everyone on the day to be included and to receive pins and trophies for their participation, that was one of her big things.”

As a cancer survivor herself, Lee has found it edifying to see Sawtell Golf Club in a sea of ​​roses every year.

“It’s very exhilarating to see it the first time it’s been done, and it’s very uplifting and makes you feel like you’re not alone,” she said.