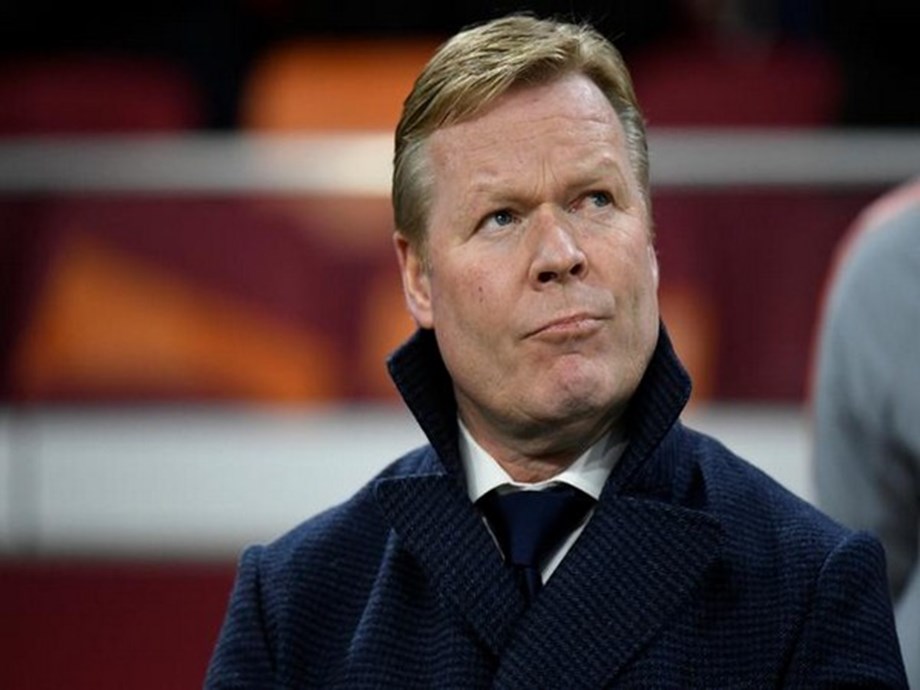 Ronald Koeman is due to return as Netherlands coach when Louis van Gaal steps down after the World Cup in Qatar, the Royal Dutch Football Association (KNVB) confirmed on Wednesday. Van Gaal, who has long made it clear he will leave after world football competition later this year, said last week he was receiving treatment for an aggressive form of prostate cancer.

The Masters is always something special, but add in a return of Tiger Woods and the end of COVID-19 restrictions and the first major of the year is about to turn into a celebration of golf. After COVID limited the number of spectators allowed on the course for the past two years, the galleries are back in full force, as is Augusta National’s unmistakable buzz amplified by Woods’ presence on the manicured fairways.

Motorcycling-Marquez back at Austin MotoGP after recovering from double vision

Six-time MotoGP champion Marc Marquez will return to the Grand Prix of the Americas this weekend in Austin, Texas, after recovering from double vision suffered after a crash in Indonesia, Honda announced on Wednesday. Marquez did not race at the Indonesia Grand Prix, the second round of the season, after crashing during the warm-up session and also missed the Argentine Grand Prix a week ago.

Scottie Scheffler says his life hasn’t changed much since capping his meteoric rise from obscurity to world number one last month, and that suits him just fine. The affable American said his peers had stopped to congratulate him since winning three tournaments to take first place from Jon Rahm, but otherwise it was business as usual.

Football-Barcelona will make its first trip to Australia in May

Five-time European champions Barcelona will make their first visit to Australia to face an A-League All Stars side in a friendly in Sydney next month, the club announced on Wednesday. The game will take place at Sydney’s 80,000-seat Olympic Stadium on Wednesday May 25, days before the A-League season ends with the Championship ‘grand final’.

Devin Booker scored 32 points and made six 3-pointers in three quarters Tuesday night to help Phoenix earn a 121-110 win over visiting Los Angeles, a triumph that knocked the Lakers out of the race for berths and provided the Suns with a franchise-record 63rd win. LeBron James sat out with an ankle injury for the fifth time in seven games as Los Angeles lost its seventh straight game. The setback dashed the Lakers’ last hope after the San Antonio Spurs defeated the Denver Nuggets earlier in the night.

England’s record of winning in their last 17 Tests is clearly not good enough, but Joe Root is still the right man to lead the team, former bowler Darren Gough has told Reuters. Root came under pressure after England lost 4-0 in the last Ashes series and lost 1-0 in the West Indies, with former captains Michael Atherton and Nasser Hussain among those who said it was time for a change of management.

Jonathan Huberdeau scored his second goal of the game 2:47 into overtime and the Florida Panthers overcame a four-goal deficit to defeat the visiting Toronto Maple Leafs 7-6 on Tuesday night in Sunrise, Fla. Toronto led 5-1 in the second period, but Florida rallied with five straight goals. Huberdeau, who also had three assists, tied the game at 2:45 of the third period on the power play. Aleksander Barkov then scored at 8:01 of the third to give Florida the lead.

Football-Atletico must have more possession in second leg against Man City: Simeone

Atletico Madrid manager Diego Simeone was happy with his side’s defense in Tuesday’s 1-0 Champions League quarter-final first leg defeat at Manchester City but said they needed to get a greater share of possession in the second leg if they wanted to advance. Kevin De Bruyne’s 70th-minute strike was the only goal in a game that featured few clean chances, with Atletico failing to produce a single shot on target after spending much of the match camped in his own half of the field.

Australian Nick Kyrgios used three sets to defeat American Mackenzie McDonald 4-6, 6-3, 6-4 on Tuesday in the first round of the Fayez Sarofim & Co. USA Championship on clay in Houston. Playing as a wild card, Kyrgios picked up his first clay-court win since 2019. He recently had an outstanding run at the Miami Open but was fined $35,000 for unsportsmanlike behavior in his loss in the round of 16.