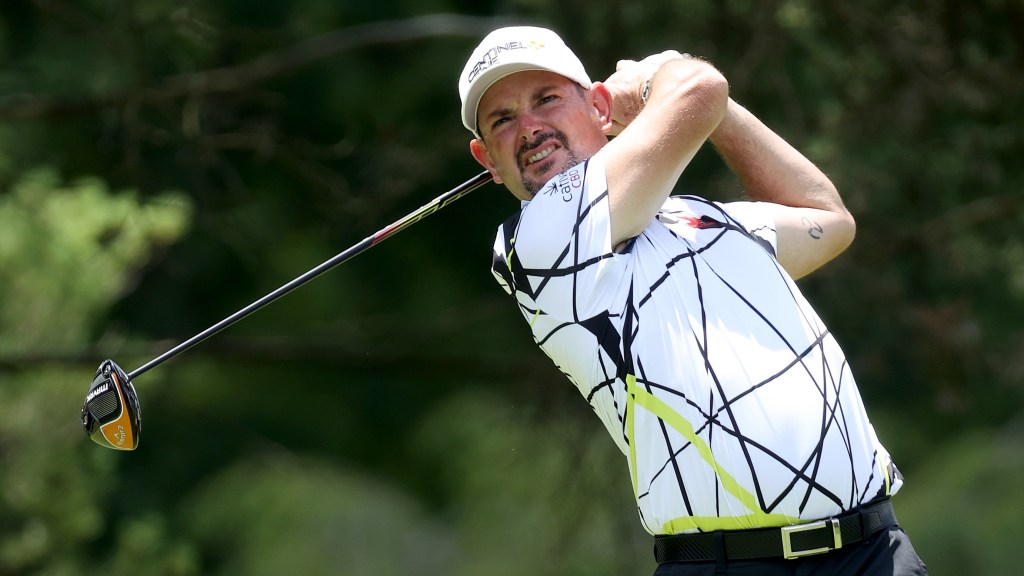 Rory Sabbatini was disqualified from the RSM Classic this week, due to a reflective sticker on his club. Sabbatini started the tournament with a 68 Thursday, but was fired from St. Simons Island, Ga., After a discussion with PGA Tour manager John Mutch.

Earlier this week, our Steve DiMeglio described the problem in a story.

Under rule 4.1 of the Rules of Golf, Sabbatini was DQ for having an improper external attachment on one of his fairway woods. Mutch, the tournament’s senior equipment standards manager, said Sabbatini had non-compliant stickers on the club’s face.

Some players use reflective dots (stickers) and a pitch monitor to track clubhead speed and distance. Sabbatini probably forgot he had them on the fairway.

And while this assessment is correct, we enlisted our rules guru, Ron Gaines, to give us a little more clarity.

Gaines, director of rules and competition for Golfweek and president emeritus of the Golf Association of Michigan, explained that if a sticker was the problem, it was technically not the violation.

To further illustrate this point, here is a statement from Carter Rich, senior director of equipment rules and compliance at the USGA. This was not published specifically on the Sabbatini case, but explains the violation.

What was the sticker used for? For that, let’s go back to DiMeglio’s story:

Some players use reflective dots (stickers) and a pitch monitor to track clubhead speed and distance. Sabbatini probably forgot he had them on the fairway.

Okay, but how do the pros know this is the case?

“In the past when new players entered the Tour this was discussed in orientation,” Gaines said via text message. “Especially on the LPGA.”

For Sabbatini, the blunder was costly. Although he finished T-3 at the Shriners Children’s Open, the South African had missed the cut in the other two Tour events he has competed in this season.