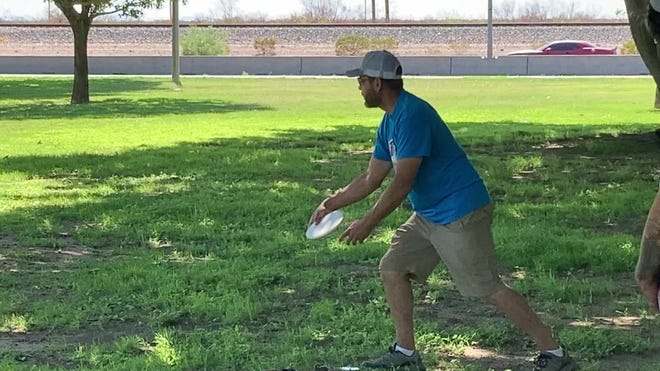 The 8th Annual Ice Bowl Tournament, expected to raise over $ 1,000 for El Pasoans Fighting Hunger, is the first disc golf tournament of 2022 in the Southwestern United States.

It will start at 9:15 a.m. Sunday morning (a nod to area code 915) from El Paso on the new course at Nations Tobin Park in northeast El Paso, the third location of an event. held at the Fort Bliss Underwood Golf Course. the two previous years.

For the second year, it is sanctioned by the Professional Disc Golf Association, which means there will be online scoring and will allow participants to record their score and earn scoring points.

“There’s a lot of excitement about it, it’s our biggest field,” said Victor Villalobos, who runs the tournament with El Paso Parks and Recreation, who helped him create the Nations Tobin course, and Dave Navarro. “It’s a new course, it’s a sanctioned tournament and it’s getting bigger every year.”

The tournament has reached its cap of 90 players who will compete in divisions, broken down by gender and age groups in the recreational, amateur and professional categories. Last year’s field of 80 disc golfers was the largest.

The Ice Bowl began in 2014 at Lionel Forti Park, which several years ago lost most of its disc golf course due to the construction of a water park.

“We’ve always set ourselves the goal of raising $ 1,000 for El Pasoans Fighting Hunger, we’re going to exceed it,” Villalobos said. “It’s something that we look forward to all year.”