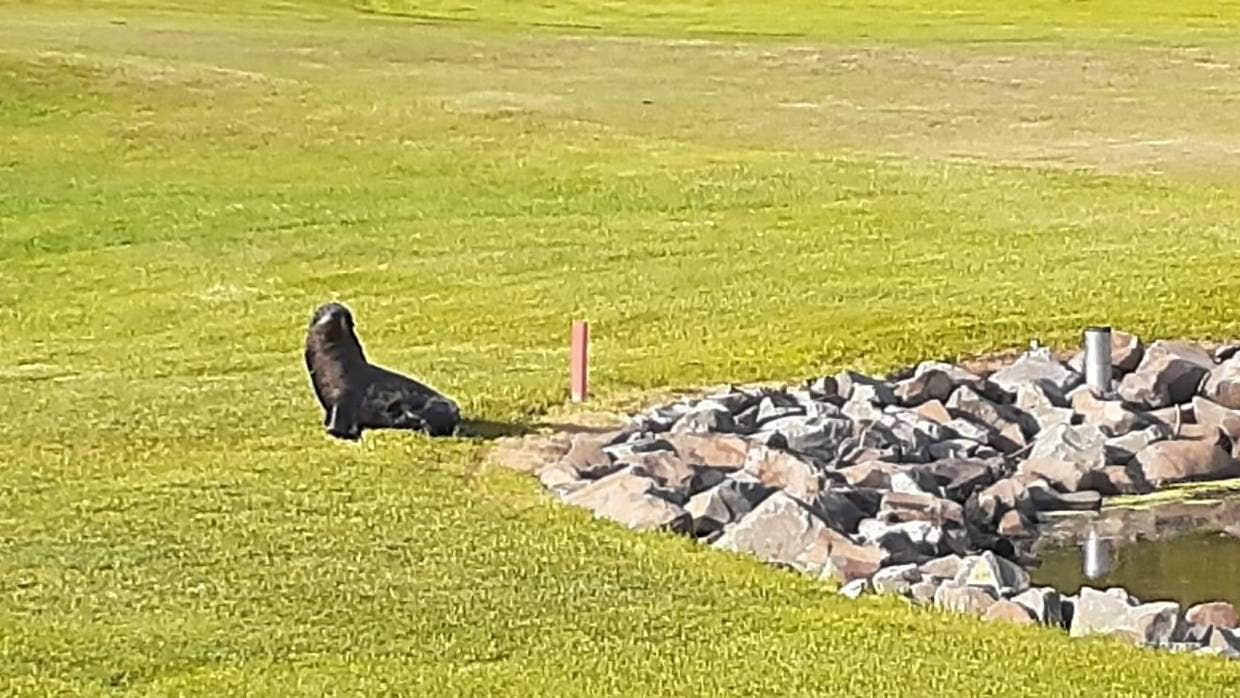 You might be used to seeing a tiger on a golf course, but a fur seal on the 18th hole is rarer than an eagle.

The young fur seal appeared on Thursday at the last below par hole of Wellington’s Judgeford Golf Club on State Highway 58 between Paremata and Hutt Valley.

He was more than three kilometers from the sea.

The first sighting was around 7:30 a.m., according to the golf club’s Lyn Farnsworth. “God knows where it came from,” she said.

She said there were tadpoles and frogs on the nearby first hole, which the seal may have been drawn to.

According to the University of Canterbury’s marine mammal ecologist Dr. Michelle LaRue, the seal likely came from Pauatahanui Creek, which leads to the golf course.

“It’s not a totally abnormal thing, they can travel quite far inland, especially when there is an easy path like a river or stream,” she said. “So sometimes they end up in weird places. “

Melody McLaughlin, the Department of Conservation’s Kāpiti-Wellington supervisor, said the animal was a New Zealand fur seal, not a puppy but not an adult either, so probably a juvenile from last season.

DOC rangers answered the call and loaded the seal into a ute, then brought it in for release at Titahi Bay, McLaughlin said.

“(The) seal was a little cranky to be moved (which is understandable) but otherwise it’s okay. “

It was not uncommon for young seals to roam this way, McLaughlin said.