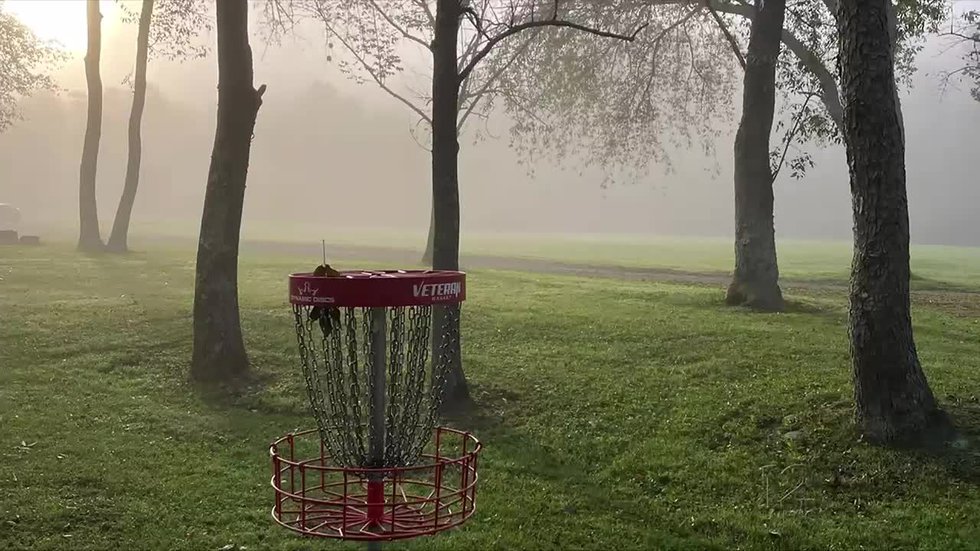 HARPURSVILLE (WBNG) — Looking for a chance to hang out and meet new people? The Greater Binghamton Disc Golf Club might be for you.

“We are a non-profit organization and this is an opportunity to grow the sport of disc golf in Broome and Tioga counties,” Hrehor said.

Singles and doubles leagues are held throughout the summer and Hrehor said funds raised through these events are used to support the addition of new disc golf courses.

“We have something for all ages,” Hrehor said. “We have younger players and students through to retirees, so it’s fun for everyone.”

Hrehor said disc golf is a great way to get outdoors and is relatively inexpensive.

“It doesn’t take too much time out of your schedule, whether you play on a more competitive or recreational basis, it’s a great opportunity to get out there and meet other people on all the different courses,” Hrehor said.

“We have players from Pennsylvania, Maryland and Vermont coming to play in our tournament this weekend,” Powell said.

Powell said disc golf is like golf with a ball.

“The biggest difference is that we play in feet whereas golf is played in yards,” Powell said. “We play like golf, we have par 3s, par 4s and par 5s and we have different drives for the things we do.”

Three rounds of disc golf will be played over the two days and the tournament champion will be invited to the national championships.

“Anyone can come out, this tournament is open to spectators,” Powell said.

Powell said NADGT is a stepping stone for players to progress from amateurs to professionals and there are a variety of tournaments which are played throughout the year.