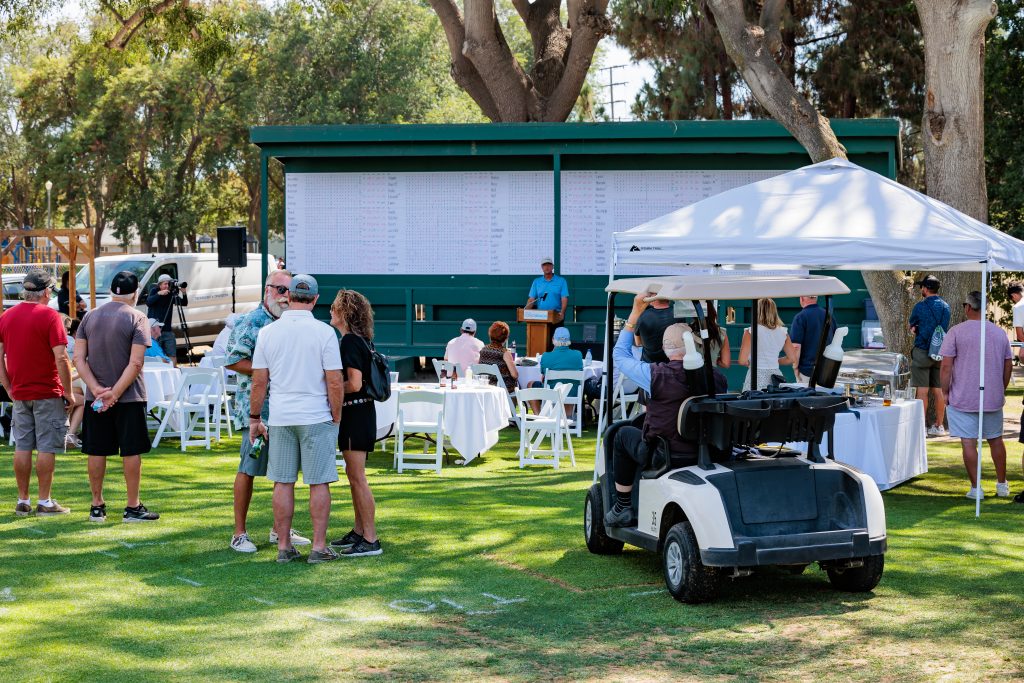 Three new members were added to the Long Beach Golf Hall of Fame at El Dorado Park Golf Course with an induction ceremony on Sunday, August 7.

Torey Edwards, Jim Gonzales and Travis Johnson were all inducted at the closing ceremony of the Long Beach Open tournament.

The men were honored for their contributions to the city and for promoting the sport of golf in the first induction ceremony since the start of the COVID-19 pandemic.

“It’s exciting to continue this 20+ year tradition and recognize those who have made an impact on our golfing community,” Mayor Robert Garcia said in a press release ahead of the event. “Congratulations to Torey, Jim and Travis on this recognition.”

Travis Johnson started playing golf when he was 10 years old. He won the Long Beach Men’s City Championship in 2000 and the Men’s City Stroke Play Championship in 2014 while starting his own golf apparel company, Travis Matthew, in 2007. Johnson also played professionally for a time after earning his graduated from UCLA, where he was a two-time All-Pac 10, All-American and Academic All-American.

“I grew up in Bellflower and always felt like a Long Beach kid at heart because I grew up playing all that junior golf with the redshirts at Hartwell Golf Course since I was 19. years,” Johnson said in his acceptance speech.

Next was Jim Gonzalez, who golfed at Millikan High School before playing professionally. Gonzalez served more than 20 years on men’s club boards, including as chairman, for Navy Golf Course in Cypress and Recreation Park Golf Course in Long Beach. He also served on the board of the Southern California Public Links Golf Association prior to its merger with the Southern California Golf Association.

“Long Beach Golf has been really, really good to me, and I’ve tried to return the favor over the past few years,” Gonzalez said.

The last new inductee was Long Beach native Torey Edwards, who in 2000 won the Moore League High School Championship while attending Long Beach Wilson High School. He went on to play for four years at California State University, Long Beach. He has had great success in the game, most recently winning the 2021 Southern California Golf Association (SCGA) Mid-Amateur Championship and was named SCGA Player of the Year.

“I don’t really know of any other place that has playing opportunities for the younger generation, for women and you know, at all skill levels,” Edwards said of the Long Beach Open tournament. “It is truly very special and I know we all come together to be part of the Long Beach golf community.”

With the addition of these three members, there are 91 members of the Long Beach Golf Hall of Fame. The complete list of members is visible on the Long Beach Parks, Recreation and Marine website. New inductees are nominated by community members and announced annually at the end of the Long Beach Open Tournament.