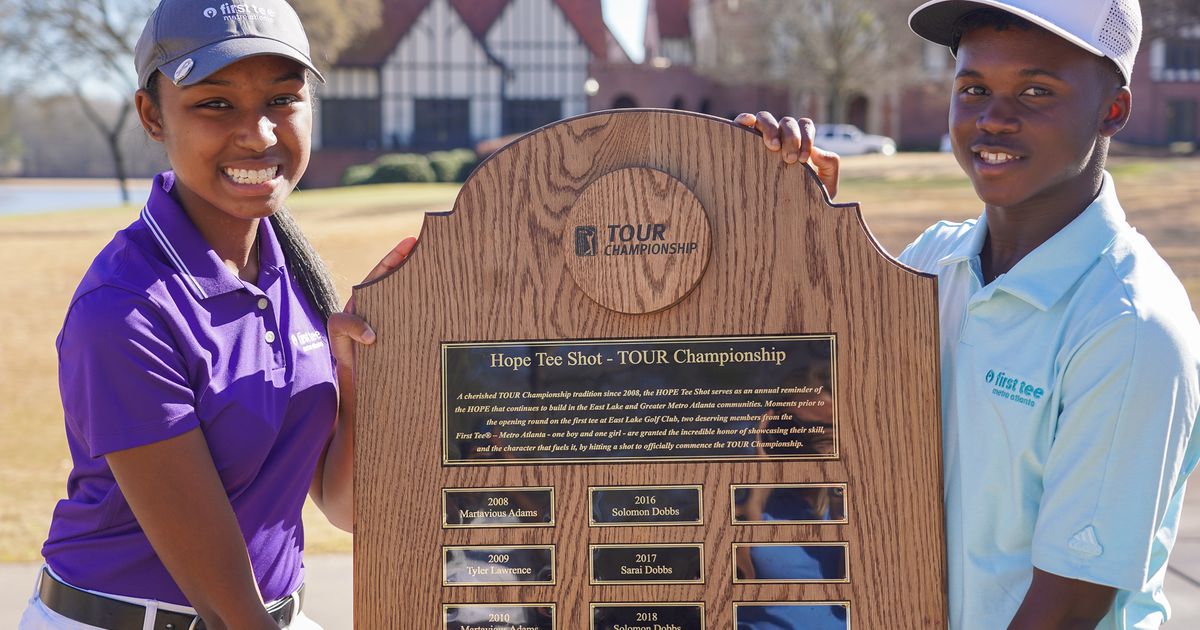 “The depth is really good,” coach Josh Brewer said. “It’s a positive thing to have. It shows how well we’ve been recruiting, and those players have worked hard and developed. Now we just need to get the core right to move forward. This creates a bit of a dilemma because usually, in our place, a team has three or four players they can rely on. We just proved that we have 10 we can rely on.

The No. 4 South Carolina won the event, contested in cold and windy conditions, at 10 of 874.

The Valdosta duo of Sam Hogan and Guy Whidby came from three strokes behind to win the Georgia Four-Ball Tournament at Sea Palms Resort on St. Simons Island. They shot rounds 70-67 in windy conditions to catch first-round leaders Mike and Nash Nance of Calhoun, the 2019 champions, and win by a stroke to 5 under.

Brian Owens and Kyle Pettyjohn of Cohutta finished third at 3 under. Justin Starling of Waycross and Tony Wheeler of Blackshear are tied for fourth at 142 with Team Calhoun of William Hamilton and Rhett McGowan.

Defending champion Oklahoma State returns to defend the title it won by two strokes over Pepperdine last year. The 15-team field also includes the No. 2-ranked Cowboys, who lead a group that includes No. 10 Notre Dame, No. 14 Texas, No. 15 Florida, No. 23 in Illinois, No. 30 in South Carolina and local teams. Georgia State, Mercer and host Augusta.

The team of Harrison Elliott, Nick Green, Matt Moore Jr. and Corbin Edwards shot 56 to win the Georgia State Parks Golf Club qualifier at The Creek at Hard Labor in Rutledge. They edged the team of Patrick Watkins, Scott Pecore, Jonathan Hix and Patrick Allgood by one stroke.

Georgia State finished the season with a tie for second place at Craft Farms Intercollegiate in Gulf Shores, Ala. Sophomore Maxence Mugnier finished 5 under and tied for fourth to lead the Panthers. He had 21 birdies over the 54 holes. … Christo Lamprecht tied for sixth and Georgia Tech tied for sixth at Stanford University’s The Goodwin. Lamprecht shot 68-67-68–203. Bartley Forrester finished tied for 15th with 205. … The Georgia State women had three players in the top 25 and finished eighth at the GSU Invitational at Rivermont Golf Club in Johns Creek. Emma Berlin is tied for 12th, Kelly Strickland tied for 19th and Mahina Leveau tied for 21st.

A few spots remain for the sixth annual Tony Barnhart Honduras Outreach Charity Tournament on April 11 at St. Ives Country Club in Johns Creek. The event provides food, healthcare and education to the less privileged in this country.

Thomas Fowler has joined management company Bobby Jones Links on its business development team. The Mississippi State graduate is the former PGA Professional at Brookstone Golf & Country Club in Acworth. … A graduate of the University of Georgia, Chuck Couch has been named Vice President of Sales for Honma Golf. He previously worked as a marketing manager for Mizuno.