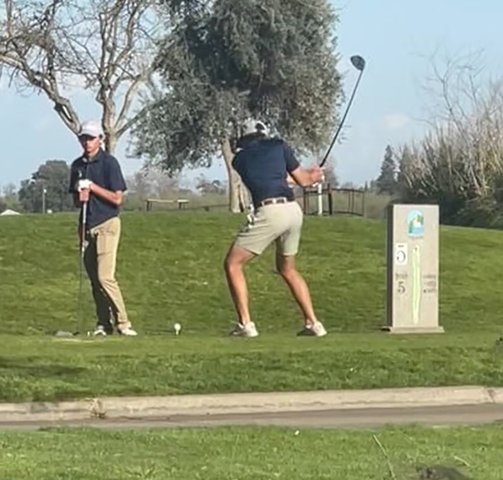 Despite windy conditions, the Turlock High men’s golf team defeated Gregori on Wednesday afternoon at Turlock Golf and Country Club in their first championship game of the season. The win continued the Bulldogs’ winning streak in back-to-back tournaments at Merced and Oakland.

The Bulldogs are coming off a historic season last year that saw numerous golfers earn All-League accolades en route to their 15th league championship in 17 years. Turlock has sacked plenty of key players this season after graduating just two seniors last year and is looking to repeat his success.

On Wednesday, the Bulldogs were led by second Clark Van Gaalen with a score of 68. Christian Maggard wasn’t too far behind with a score of 72. Nehal Gill and Harry Clark also contributed with respective scores of 80.

Van Gaalen was named Junior Golf Association of Northern California Male Player of the Year as a rookie after completing one of the best seasons by a player in the organization’s history. He was also honored as a JGANC Points Champion and awarded the Low Hit Average award after winning nine titles overall and 10 age group titles on the tour.

Conditions were windy at the links on Wednesday, but the Bulldogs persevered to stay focused through the game. They were able to rely on their teamwork and the performance of their best players to win 383-471.

“The kids did a great job today,” said head coach Jason Boswell. “We had windy conditions and they really intensified. Really proud of their performance. The good thing is that they can shoot even lower as a team.

The Bulldogs are going to have to rely on that teamwork as they prepare to play two tournaments in the coming weeks. They are competing in the Gary Roving Invitational on March 21 at Copper Ridge and the Crosstown Cup on March 28 at Turlock Golf and Country Club.