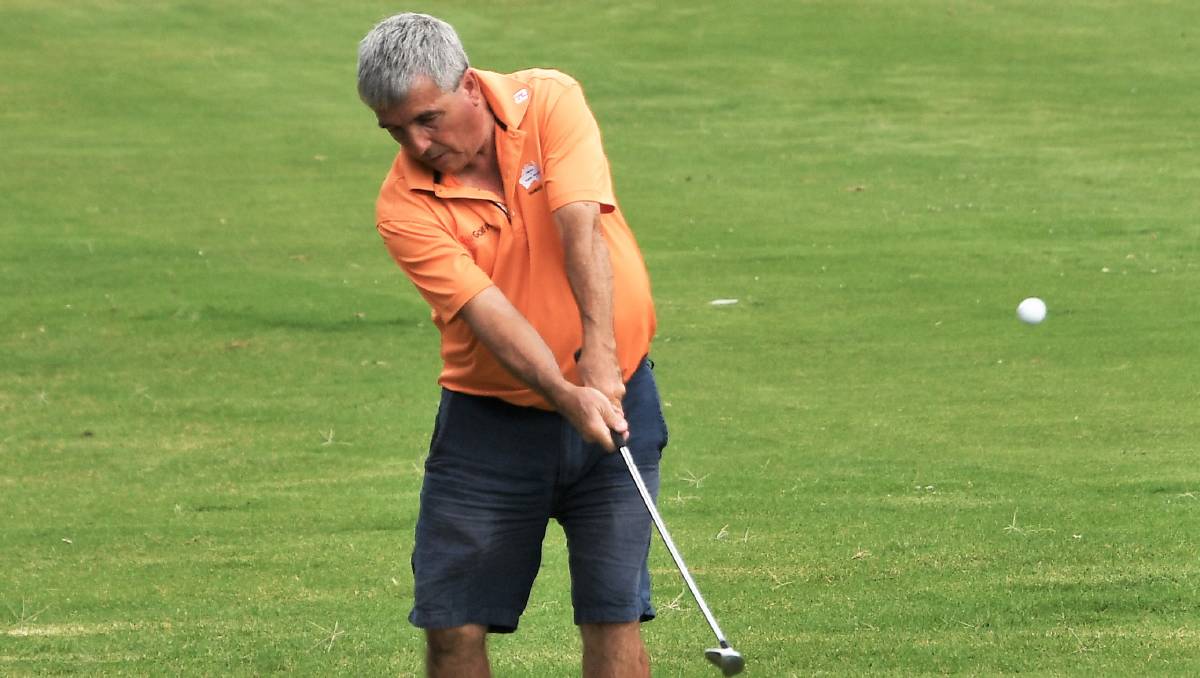 LEADING THE WAY: Rob Hey has been a key member of the Parkes Golf Club 1 pennant team this season. Pictured: JENNY KINGHAM.

It’s been a great season for the Parkes Golf Club Pennants teams – although unfortunately the season is over for our 1 and 4 of the year – with 2 and 3 remaining to fly the flag.

The 1s played Bathurst in the first round and went down 4-1 with only Riall Harrison recording a win over former Parkes player Justin Sutton.

In the second round they faced the much-loved side of Dubbo, again losing 4-1 with only Anthony registering a victory.

In Round 3 we took on rivals Forbes and lost 5-0, with Peter Magill, Jake Thompson and Richard Hutchinson joining Rob and Jack.

In the final round they played Wellington and again lost 5-0, with John Green joining Riall, Rob, Jack and Anthony.

In the 4s, Parkes lost their opener to Bathurst 3-2, with Mathew Littlewood and Nathan Johnston recording wins and Ken Keith, Michael Jeffress and Brendan Smith sadly unable to pick up wins.

In round 2 they played Dubbo and were again beaten by the same score, with Mathew Littlewood and Cody Hando winning and Ken, Michael and David Speakman unable to beat their opponents that day.

In the final round they beat Team Forbes 3-2 with Cody and Mathew both winning meaning they had unbeaten seasons with Michael also taking a scalp.

Ken and Nathan were the unlucky players on the team against Forbes.

The mighty 2 kicked off their season with a 3-2 victory over the Bathurst club, with John Green, Max Keith and Luke Clarke recording wins and Warwick Wright and Ben Howard coming off the back.

The team then came up against the powerhouse of Dubbo as they rolled them 4-1, with John, Myles Smith, Denis Howard and Joe Van Opynen winning and only Ben Howard losing in a close game.

They then went up against Team Forbes and recorded a 3-2 victory with Joe, Luke and Grady Magill winning and Denis and Max unable to conquer their opponents Forbes.

In the final game they proved too strong for Wellington, winning 5-0 with Joe, Denis, Max and Ben winning and being joined by David Stevenson.

In the second round they beat the strong Dubbo side 3-2 with Phil, Michael and Mark picking up wins and Peter and Grady Magill both losing in tight finishes.

In the third round they beat local rivals Forbes 4-1 with Geoff, Phil, Michael and Mark winning and Jake unlucky that day.

They then finished the prelims with a fine 5-0 win over Wellington with Phil, Michael, Grady and Mark plus Jake Thompson picking up some good wins.

The 3 will be represented by Phil Barnard, Michael Thomas, Grady Magill, Mark Kelly and Peter Magill, with Jake Hodge and Geoff Leonard as reserves.

The 2 will be chosen later in the week, as the team has yet to be confirmed – but it will be a strong team regardless.

Parkes Golf Club wishes the players well in the prestigious Pennants Final and thanks all the golfers who participated this year.

Our reporters work hard to provide local, up-to-date news to the community. Here’s how you can access our trusted content: