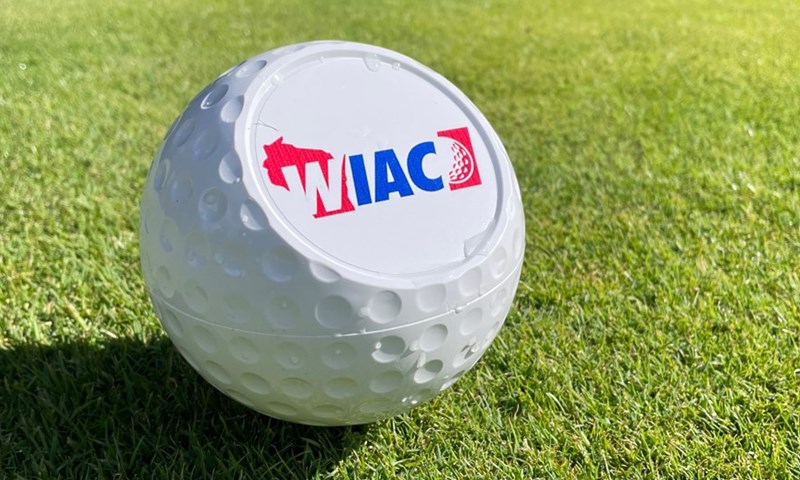 
REEDSBURG, Wis.– The University of Wisconsin-La Crosse holds the lead after the first round of the Wisconsin Intercollegiate Athletic Conference (WIAC) Women’s Golf Championship (presented by Culver’s) at Reedsburg County Club on Oct. 7.


The Eagles, who have recorded second consecutive finishes in the conference championship, have compiled 324 strokes over the first 18 holes of the Par 72 course and hold a five-stroke lead over the five-time defending champion UW-Whitewater. UW-Stevens Point is third at 342, UW-Platteville fourth at 345, UW-Eau Claire fifth at 349, UW-Stout sixth at 353, UW-River Falls seventh at 355 and UW-Oshkosh eighth at 365.


UW-La Crosse’s Molly Larsen and UW-Whitewater’s Ashton Sinak share the individual lead in the 76-man field with 77 shots. Maija Tanberg of UW-La Crosse is third with 78 hits, while a four-way tie for fourth with 79 hits exists between Lexi Meade of UW-Eau Claire, Markie Ash of UW-Platteville and Ellie Johnson and Grace Westerman of UW-Whitewater. Andrea Schleeper of UW-La Crosse, Abbey Filipiak of UW-Stout and Lauren Winter of UW-Whitewater are tied for eighth with 82 shots.


The team winner will earn the conference’s automatic bid for the NCAA Division III Championship to be played May 9-12, 2023 at the Mission Inn Resort and Club in Howey-in-the-Hills, Florida.


The 54-hole championship will resume on October 8 with tee times starting at 10:00 a.m.