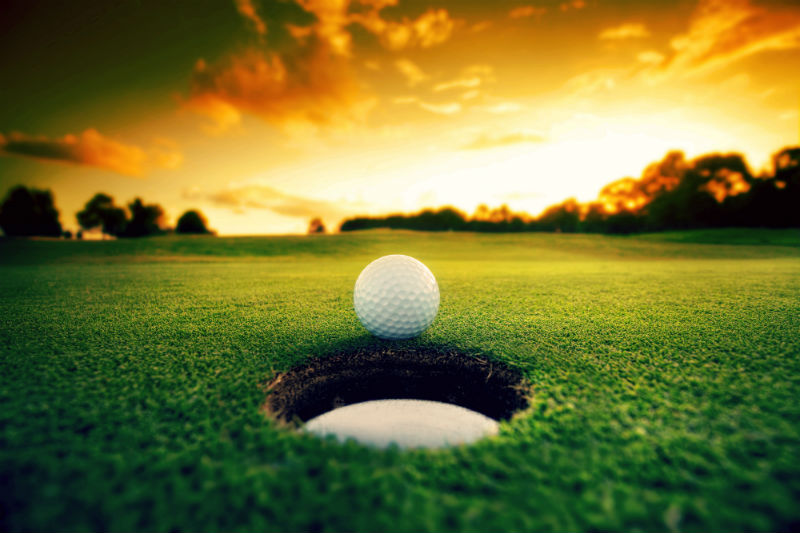 The Cavalier women’s team currently has eight regular season tag team events and will make a return trip to the Guadalajara Country Club Collegiate Invitational in Mexico. UVA will play at three NCAA regional venues (Stanford, NC State and Georgia) during the season.

The men’s team will play 10 regular season tag team events, including a trip to Puerto Rico, and host the second annual Lewis Chitengwa Memorial in April at Birdwood Golf Course.

Last spring at the NCAA Championships, the Cavaliers got together for a team photo with Hall of Famer Annika Sörenstam. This fall, the team opens its season at its Annika Invitational at the Royal Golf Club in Minneapolis, Minnesota, September 12-14. Next up for the Hoos will be the Mercedes Benz Intercollegiate at Cherokee Country Club in Knoxville, Tennessee.

UVA returns to the Windy City Collegiate Classic on October 3-4. This year’s event will be held at the Exmoor Country Club in Highland Park, Illinois. The team wraps up the fall with a trek west to Stanford Intercollegiate Oct. 21-23 at Stanford Golf Club.

The Cavaliers open the spring play at the Guadalajara Country Club Collegiate Invitational in Guadalajara, Mexico on Feb. 5-6. Virginia won the inaugural event in 2019 in the team’s final tournament before the pandemic ended the rest of the season.

Next up will be a familiar UVA stop. The Cavalier will compete in the Darius Rucker Invitational at the Long Cove Club in Hilton Head Island, South Carolina, from February 27 through March 1. For the second consecutive season, the event will be broadcast by Golf Channel.

UVA will play at the Liz Murphey Collegiate Classic in Georgia for the first time since the 2012-13 season. Held at the University of Georgia Golf Course, the tournament runs from March 24-26. The Cavaliers wrap up the regular season with a trip to NC State’s Wolfpack Match Play event at Lonnie Poole Golf Club in Raleigh on April 3-4.

“When players come to UVA, they know they’ll be playing one of the strongest tournament schedules in the country,” Scott said. “We believe that having the opportunity to test our players against the best, week after week, makes them more ready to compete for championships. It’s a program that gives them fantastic travel experiences and compete at exceptional golf venues.

The 2023 ACC Championships returns to Sedgefield Country Club in Greensboro, North Carolina for this year’s event which runs April 13-16.

The NCAA Championships return to Grayhawk Golf Club in Scottsdale, Arizona for the third consecutive season. This year’s tournament runs from May 19-24.

The Cavaliers fall season includes four events. UVA opens the season Sept. 12 at the two-day Streamsong Invitational in Bowling Green, Fla. on the Blue Course at Streamsong Resort. The team then travels to the legendary Inverness Golf Club in Toledo, Ohio for Inverness Collegiate on September 26-27. UVA last played at Inverness Collegiate in 2018, tied for second behind the individual title won by Thomas Walsh.

For the second straight season, the Cavaliers travel to the Empire State to play. This year they will compete in the Maidstone Invitational on Long Island. Held at the Maidstone Golf Cub, the tournament takes place October 3-4.

On Oct. 22-23, the Cavaliers return to the Golf Club of Georgia Invitational in Alpharetta, Ga., to wrap up the fall campaign.

A group of UVA individuals will open the spring game Feb. 6-7 at the Thomas Sharkey Invitational in Statesboro, Georgia. The first team event of the spring is the Dorado Beach Invitational from February 26-28 at TPC Dorado in Dorado Beach, Puerto Rico. This is UVA’s first international trip since the 2007-08 season.

Virginia will travel to Pinehurst on March 6-7 for the Pinehurst Intercollegiate on the legendary Pinehurst No. 2 course.

Virginia participates in some of its traditional spring events in March. UVA plays General Hackler in Myrtle Beach, SC on March 13-14 at the Dunes Club. The Linger Longer Invitational will take place March 19-21 at the Great Waters course at Reynolds Plantation in Greensboro, Georgia, then UVA will play the Augusta-Haskins Invitational at Forest Heights Golf Club in Augusta, Georgia.

The Cavaliers will be the defending champions at their second annual Lewis Chitengwa Memorial April 10-11 at Birdwood Golf Course in Charlottesville to wrap up the regular season. The event honors the former Standout Rider who wrote at UVA from 1995-1998.

“The team is thrilled to play such a competitive schedule, which includes some of the best courses in the world,” Sargent said. “To play the top 100 courses like Streamsong, Inverness, Maidstone, Pinehurst No.2 in one season is a testament to the level of commitment from so many across the country. We are truly honored to have this opportunity. Combine the course quality with a top 20 schedule and the upcoming schedule should challenge our team and help us grow as we work toward the ACC and NCAA.

The playoffs begin with the ACC Championships taking place April 21-24 in Pinehurst, NC at the Country Club of North Carolina.

The NCAA Championships return to Grayhawk Golf Club in Scottsdale, Arizona. The national championship tournament is scheduled for May 26-31.