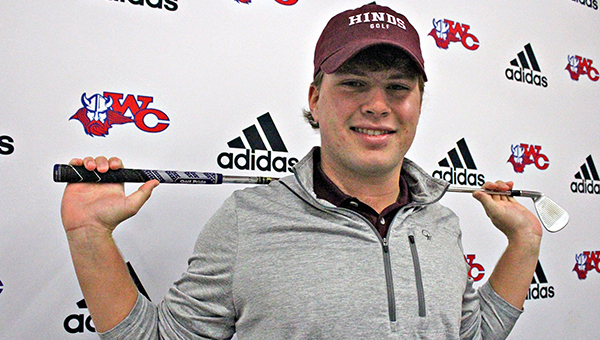 Good times – and good scores – were had by most at the Viking Invitational golf tournament on Thursday.

Nearly half the field shot under 90, including four Warren Central golfers. The home team posted its lowest team score in three years and finished fifth in the Clear Creek Golf Course standings.

Warren Central had a team score of 339. Madison Central finished first, with 312, and three golfers finished in the top five in the individual standings.

“This is our best team score since 2019 when we finished in the top five in the state. The boys continued to work hard on their game and were able to put it together today,” said Warren Central coach Matt Williams “Jessie (Hallberg), Lane (Gordon) and Evan (Farrell) all set personal bests today. When the highest score you keep is an 89, that equals a really good day.

Individually, Madison Central’s George Tickner shot a 70 to earn medalist honors in the face of fierce competition. Seven golfers shot 80, including Will Keen of St. Aloysius and Hartley Sullivan of Warren Central, and 28 of 66 who shot 89 or better.

Keen finished third after shooting 76, six shots behind Tickner and four behind runner-up Wesley Pippins of Germantown.
Sullivan shot 79 and was tied at three for fifth with Madison Central’s Tucker Gutierrez and Cole Flesher.

Williams said fellow golfers at Warren Central have fed off Sullivan’s big round. Farrell shot an 85, Gordon an 86, and Hallberg an 89. Jackson Lafferty also shot 100, coming in 36th place with a 95. Each school’s top four scores count towards their team’s total.

“Hartley played a great trick, which we need him to do,” Williams said. “When he’s able to shoot in the 70s and the rest of the team knows that, it gives them extra motivation to play as well as possible. They don’t care about their score as much and focus more on their shot, and they don’t think of a certain score they need to shoot.

For St. Aloysius, Keen was near the top of the standings and his second fastest lap came from Joshua Larsen. He shot 83 to tie for 14th place. Greyson Simmons shot 99 and Chase Tucker an even 100. Caleb Tucker and Thompson Fortenberry were another shot back at 101.

The Clear Creek tournament kicked off a series of events planned for the next few weeks at both Warren County golf courses.

Warren Central and St. Aloysius will be among the teams competing in a women’s tournament in Clear Creek on Monday, starting at 9 a.m.

Girls’ and boys’ teams from both schools, along with several others, will also play a tournament on April 12 at Vicksburg Country Club.