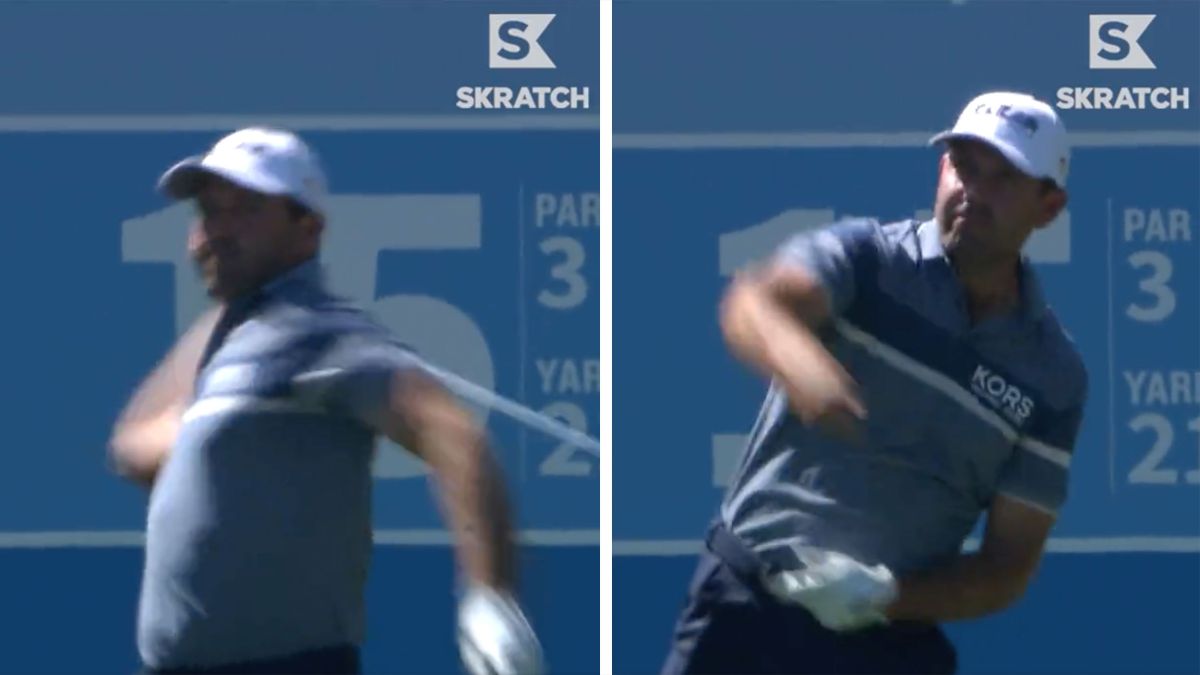 Charl Schwartzel showed a rare sign of frustration in the opening round of the Valspar Championship after cameras caught him kicking his club off in anger.

The South African’s shot wasn’t even that bad, just before the green on the par-3 15th hole, but he only came two holes after a triple bogey six on the par-3 13th.

He went to bogey on the 15th, but his crazy ride continued on the next when he slammed a 194-yard iron shot for the eagle… and it may have been the exact same club he had just come from cast on the previous hole. However, Schwartzel still looked reeling from the final two par-3s, as he didn’t smile after his sensational hole.

Watch Schwartzel’s eagle slam dunk on the very next hole…

His club throw comes a week after Matthew Wolff threw one of his irons into the lake at TPC Sawgrass.

The 2011 Masters champion should have the weekend after a five-over-par first round left him in T137th after day one with just three players below him in the standings.

Schwartzel has missed his last five consecutive cups and currently sits 166th in the Official World Golf Ranking. His last win actually came at the 2016 Valspar Championship, with this week signifying a six-year winless run.

Luckily for him, his triumph at the 2011 Masters means he will be back at Augusta National in a few weeks to play at the opening Major of the year, where he will also attend last Tuesday’s traditional Dinner of Champions.

It’s not all bad Charl.