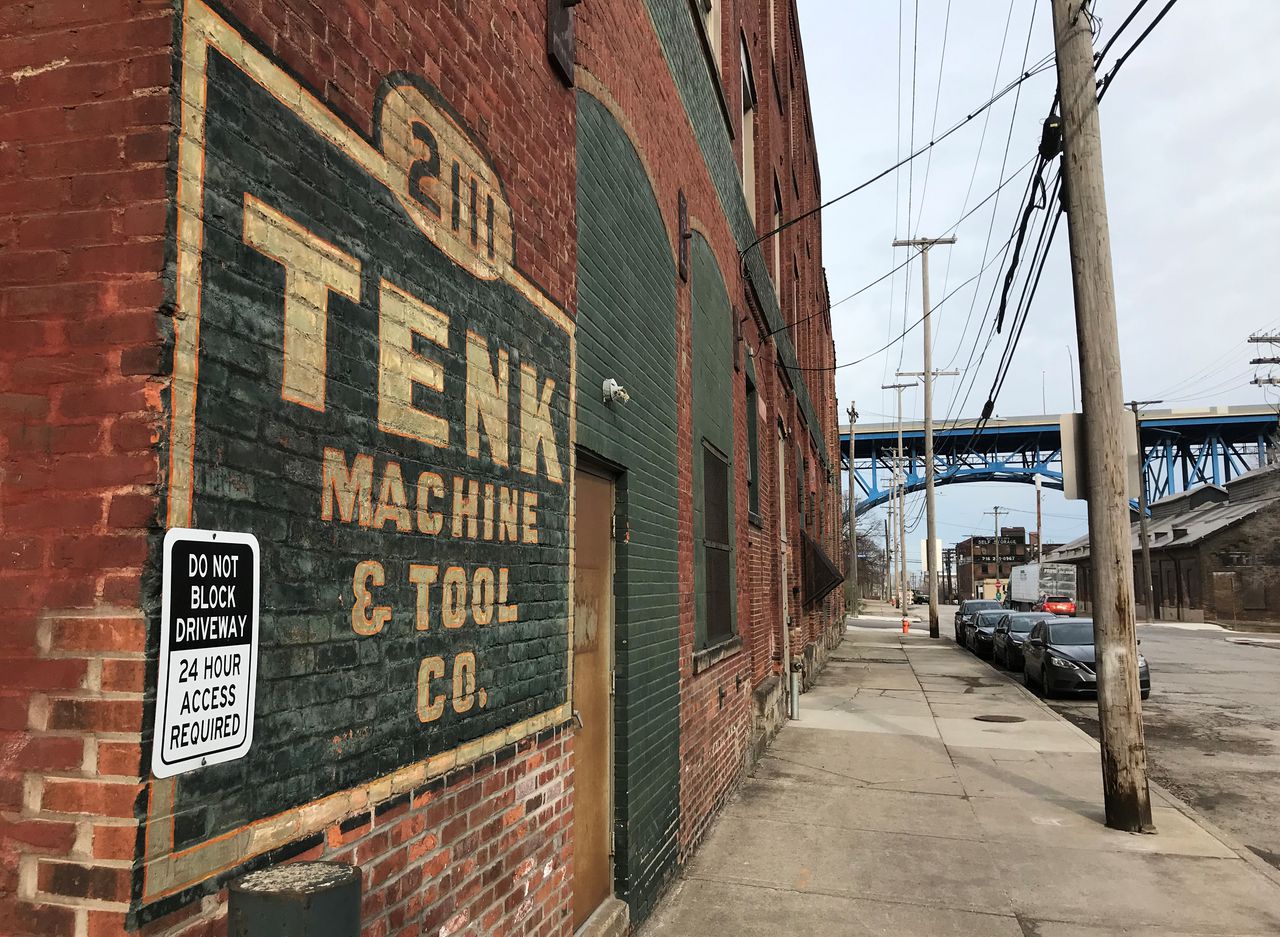 The scheduled opening date for the simulators and bar at 2111 Center St. is Friday, April 29. Gabe Adams, Jay Graham and Jim Basar started to bring the idea to fruition a year ago.

“We were talking last year around this time about playing golf indoors,” said Adams, who said all three simulation golf venues were popular in the area. Several simulation spots are within an hour of downtown Cleveland.

“Why isn’t there one downtown?” Adams said he remembered saying.

Adams is friends with Bobby George of Townhall. So the three owners – who had known each other since they were students at Baldwin Wallace University – approached George, knowing he had real estate in the area.

They went ahead, envisioning a dynamic multipurpose space. Six months ago, they said, it was an empty industrial warehouse with yellow walls and ceilings. Now the space — just under 5,000 square feet — is about to open.

California-based Full Swing Simulators is the company behind the technology and user experiences for all three interactive bays. Each screen is 16 feet wide. Golfers stand at nine feet, with high peaks behind them for people to watch, drink, relax and wait their turn.

Golfers won’t be bored with the same frame either. More than 80 courses are available, as well as driving range training, par 3 competitions and long driving competitions. Around 20 variables show swing speed, ball speed and the dynamics of how the clubface hits the ball.

The simulators, which were due to arrive this week, also feature other games – football, soccer, hockey, baseball and dodgeball.

The space offers more than the three bays. A conference room and a party room are available. Businesses can hold informal meetings, they said. Poker nights and fantasy-sports-draft gatherings are also possibilities. The space will have a pair of pool tables and televisions, as well as Keno, touch tunes and, ultimately, sports betting kiosks. And simulation screens can be converted into projected screens for a big game or event.

Simulators work well for golfers of all skill levels, Adams said. Beginners don’t have to worry about losing a ball or slowing down the game.

The owners said the space – with a capacity of just under 100 – will open at 8am, so they expect older, more serious golfers to hit a few in the morning before a more laid-back crowd does arrive later to grab a beer, golf, and relax.

“It will never be a nightclub,” Graham said, and will instead provide a “happy hour vibe.”

The golf club has a few strengths, starting with its location.

The company is owned by Tenk Machine & Tool Co., which was originally Eclipse Iron Works. This company, dating back to the 18th century, made architectural iron objects like sidewalk lights, balustrades and much more – although it would have been a coincidence if it created golf clubs. The building would later serve as the longtime home of Bruce-MacBeth Engine Co., then Tenk, which closed years ago.

The owners describe the golf club as “the course meets the clubhouse”.

“Nowhere does one feel more like a clubhouse, for relaxing and not just for golf. You can walk in, have a drink, watch a game in a big enough space where you don’t affect the golf,” Graham said.

“Lots of places (other simulators) that, at least in our opinion, were great places, but you’re not going to hang out there,” Basar said. “You play golf and you go. And we wanted our home to be a place where you would hang out even if you weren’t playing golf.

Location is key. Unmetered street parking and land adjacent to the building are available, which is important because no one wants to lug clubs multiple blocks or through slush in the winter.

Speaking with businesses in the area, Adams said, “We were talking about how the West Bank is becoming what I think they wanted the West Bank to be, where a bit older crowd would hang out, c It was something you could easily achieve, lots of fun in one area. You know, being able to play golf and go see a show at Jacobs (Pavilion) or the Music Box Supper Club and volleyball down the street and then paddle (tennis facility.)” Adams refers to the Cleveland Platform Tennis Foundation courts less than half a mile away.

The golf club is part of what appears to be an organic and active development taking root in the area, what Basar calls ‘sports leisure activities’. Volleyball leagues, paddle tennis and other options are available. Pins Mechanical Co. — which offers foosball, pinball, bowling, and bocce — is nearby in Ohio City. And The Foundry encourages the rowing community.

Basar added that golf’s popularity is exploding as a result of the pandemic.

Research from the National Golf Foundation supports this claim. Over the past two years, the sport has seen increases in participation attributed to the coronavirus pandemic – with golf generally considered safer than other activities with its natural social distancing. More women and minorities are also playing golf, according to the organization.

For those who don’t play golf or want a drink, a full bar will be available. The owners have kept the industrial feel of the place, with the building’s old, heavy fire doors serving as the bar’s knee wall. Beer will be in cans only, with wine, beverages, fortified iced teas and hard seltzers available.

Golf coolers containing multiple beers will be offered instead of beer buckets, and the menu of offers will be printed on a scorecard. They might even make a play on a shotgun start – a beer and a special move.

The space doesn’t have a kitchen, though the owners plan to partner with Mulberry’s a few blocks away as well as other locations. City Hall will also be able to respond “at any time,” Adams said.

There’s another benefit to the space, the owners said: the ceiling. It’s about 40 feet tall. Many simulation venues have ceilings around 12 feet.

“I think that’s the biggest thing that drew us to this place – the ceilings,” Graham said. “When you swing a club, no matter how often you swing it, you always have in mind that you’re going to hit something. With that, you’re not going to feel that at all.

The Foundry at 5: A look at Cleveland’s unique rowing center (photos, video)

I am on cleveland.comfrom the Life and Culture team and covers topics related to food, beer, wine and sport. If you want to see my stories, here is a directory on cleveland.com. Bill Wills of WTAM-1100 and I usually talk food and drink at 8:20 a.m. Thursday morning. Twitter: @mbona30.

Start the weekend off and sign up for Cleveland.com’s “In the CLE” weekly newsletter, your essential guide to the best things to do in Greater Cleveland. It’ll hit your inbox on Friday morning – an exclusive to-do list, focused on the best of weekend fun. Restaurants, music, movies, performing arts, family fun and more. Simply click here to subscribe. All cleveland.com newsletters are free.