What is a divot in golf? 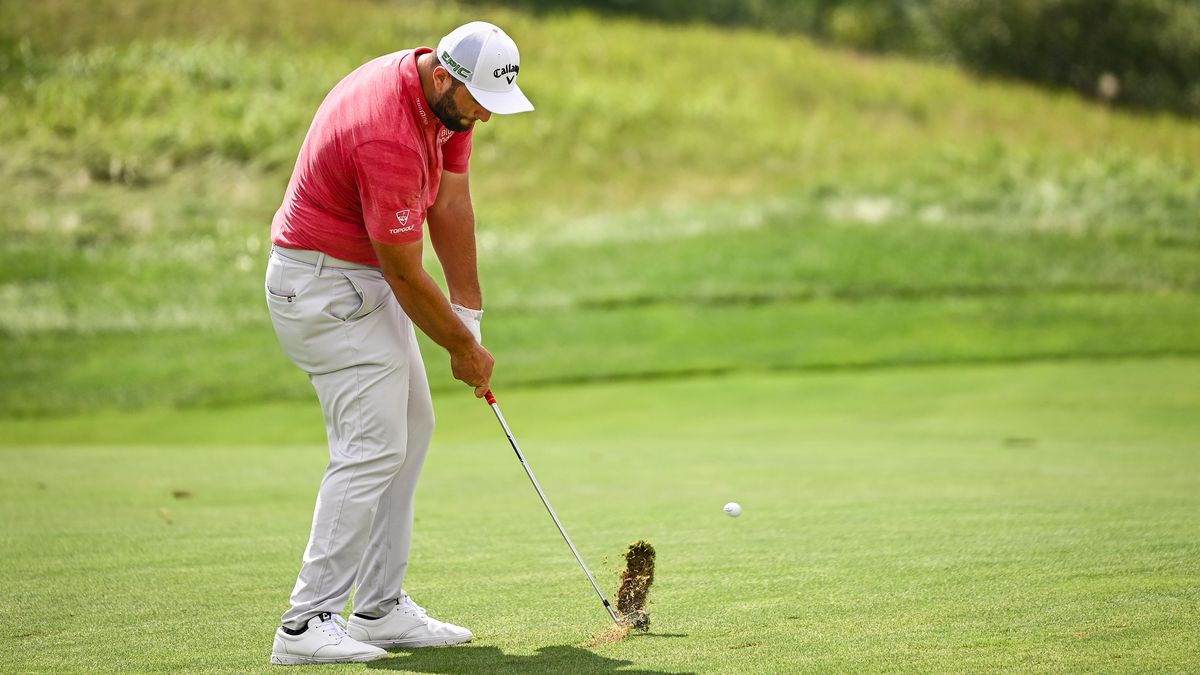 The word “divot” comes from Scots and was used as early as the 1500s to describe a piece of turf or turf with the grass sticking out of it – divots were typically used as roofing material.

In golf parlance, the definition is similar – but perhaps not the roofing material. A divot is a strip of grass removed from the ground during a golf shot.

What does it mean to take a divot?

Taking a divot involves removing a piece of turf from the ground with the golf club head when striking a golf ball.

When a player uses an iron club, he usually takes some sort of divot with every shot. The divot will tend to be taller the shorter the iron used. This is because the angle of attack into the ball gets steeper as you move through the irons, say from the 3 iron, where the longer club provides a shallower angle into the ball, to a pitching wedge , where the angle is much steeper.

If a player makes good contact with the ball, the divot will be taken almost immediately after the ball and the turf will be removed in a straight line from there.

If the divot mark starts behind the ball, the player will have caught the “big” ball and it will not fly as far as intended. If the divot mark is heading sharply to the left or right, it suggests the player hasn’t swung to the correct plane and the shot may be errant.

When using a driver or fairway wood, a good player will generally not expect to take a divot unless attempting a particular type of punch.

What does golf divot repair mean?

People often refer to the hole left after a divot has been taken as the divot… This is not technically correct as it really is the divot hole or the divot mark. But it is now mentioned frequently enough in this way that it has become an accepted description.

If a divot has been caught, then this is proper golf etiquette to fix it. Especially if taken from the fairway. This means retrieving the divot and placing it back into the divot hole, probably pushing it back with your foot or club to encourage it back into the turf. Some clubs will provide golfers with a container filled with a mixture of grass seed and sand – They will instruct golfers to fill the divot holes with the mixture rather than replacing the divot to encourage rapid new growth.

Should I take a divot with my irons?

Players with steeper swings will tend to take bigger divots. If you have a swing with a lower angle of attack, you may not take much divot. That doesn’t mean you can’t hit crisp, powerful golf shots. Many good players pick up the ball more cleanly off the turf with great effect.