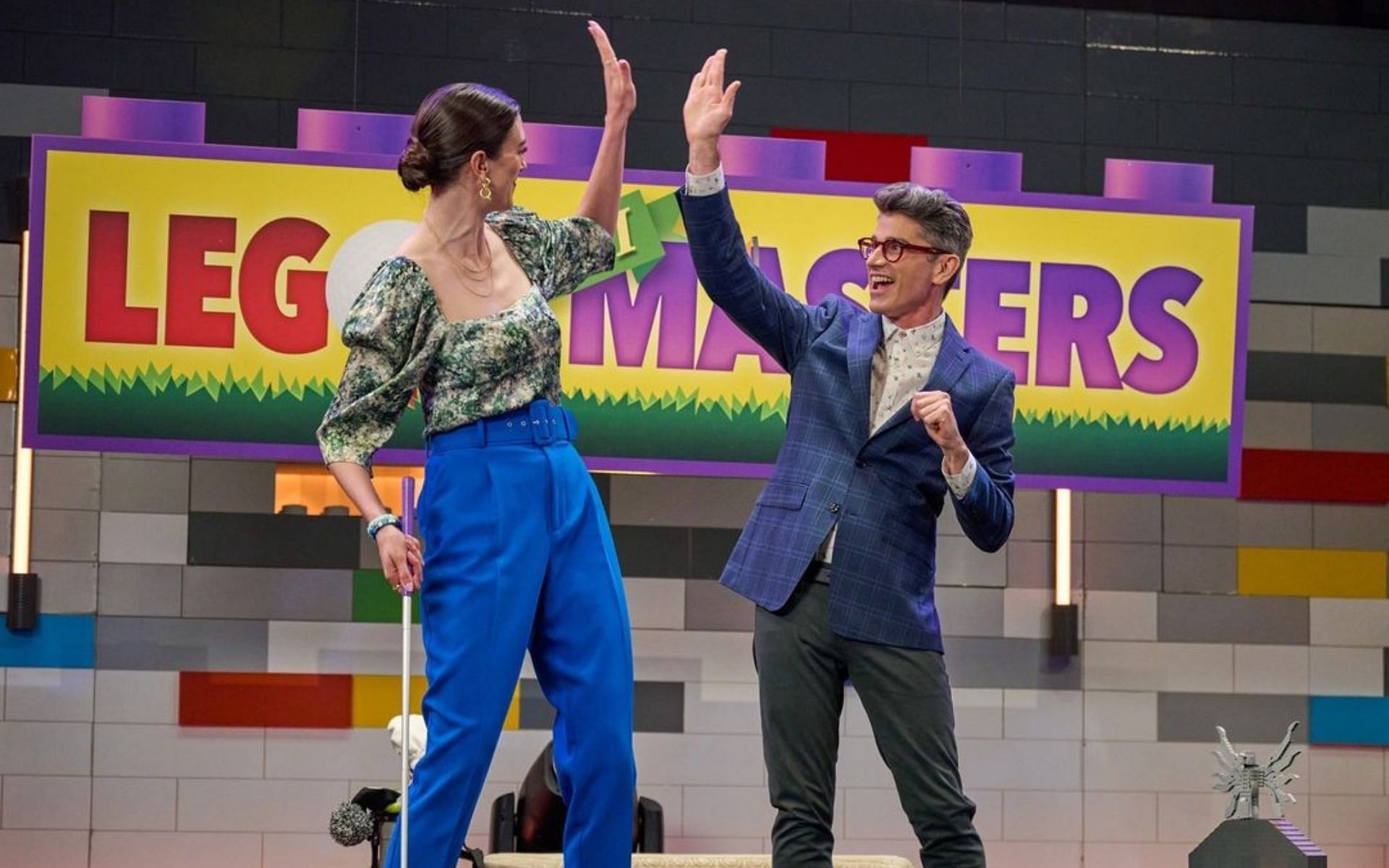 Ethan and Dom’s golf course was working fine until their power function failed on the last step. Team members had already noticed the wheel not working and hoped it was simply due to excessive pressure at the time.

Ethan-Dom tried to create a Jungle Temple Adventure golf game with a treadmill and a large structure. However, the treadmill repeatedly failed to pick up the golf ball. After the initial function started working, their hidden gem in the treasure room fell on the golf ball, getting the ball stuck in the temple structure.

The judges were impressed with the adventurous aspect of the course, but Jamie said the finish was disappointing. The judges also felt that the setup lacked polish. It took the judges four strokes to get the golf ball into the hole. Ethan-Dom regretted giving away their gold brick, which could have saved them from elimination.

Ethan and Dom returned home after saying they represented the younger generation on the show. They were also wondering where to store their 90,000 lego bricks given to them by the LEGO Masters producers.

This week on LEGO Masters, the remaining seven teams were asked to create a golf course with Legos and show off their storytelling skills, while building surprise traps. Teams had nine hours to complete the task, during which they built:

The episode description reads as follows:

“Competitors compete in a mini-golf challenge; each team must turn a green into a playable mini-golf hole, with obstacles that propel the ball and the story into the build.”

Nick and Stacey’s Lego set was barely finished and barely matched the green pad they were provided for the track. While trying to fit the piece on the pad, their exterior Legos fell off, hinting at possible damage to the traps inside the yellow system.

They didn’t have much time to test the course and were shocked when the trap worked despite the damage. Stacey was ready to go home after the incident.

The judges reminded them that their job was tough with the judges but their storytelling was spot on. Austin and Justin surprised the judges with their cake structure and when Jill was able to put the ball in the hole, the oven immediately opened, with a Lego cake that had Jill written on it.

Dave and Emily’s wheelhouse impressed the LEGO Masters judges as he moved on his own, landing the ball directly into the room.

The judges found Dave-Emily and Austin-Justin’s class to be really fun and planned. They finally decided to give the winner’s jacket to Austin-Justin.

LEGO Masters airs on FOX every Wednesday at 9 p.m. ET.