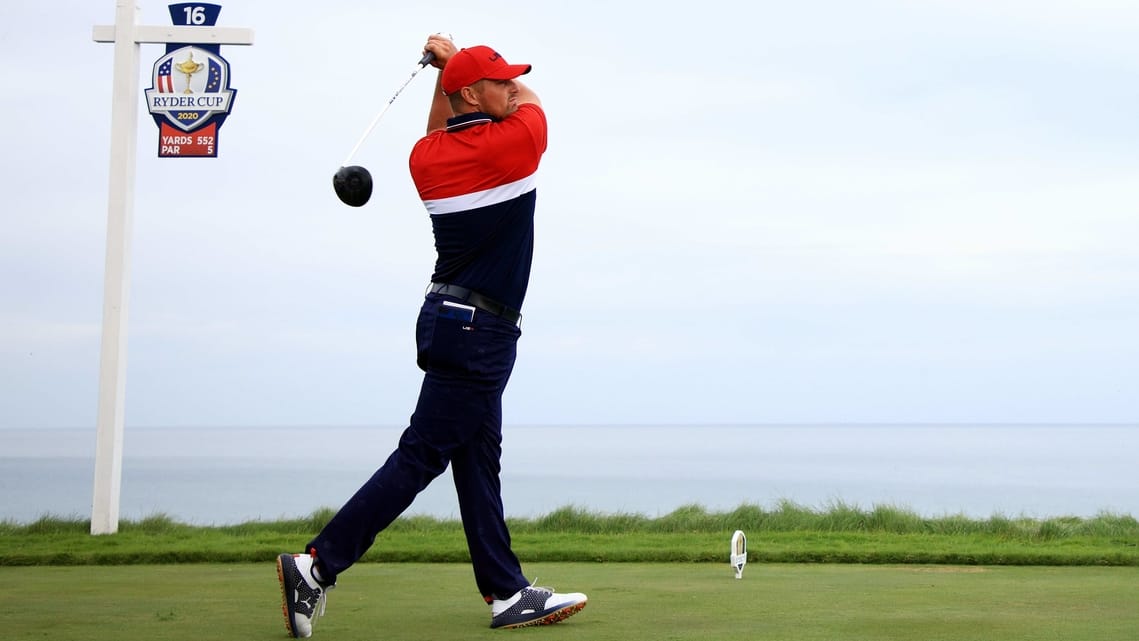 So here’s how it started. In a video posted to his YouTube channel, Bryson DeChambeau showed off the amazing ball speed he was getting from a new set of prototype irons. With a Pitching Wedge, the heavy hitter recorded a swing speed of 138 mph, about 30% faster than the Tour average for this club. DeChambeau then reached prodigious distances with these clubs (well over 200 meters with a six iron for example). Go for a ride online, if that sort of thing interests you.

I’m a little jaded by all this obsession with swing speed, ball speed, and distance – the quest the US Open champion seems to be engrossed in. I watched so as not to see DeChambeau do his thing, but rather to get a glimpse of the kind of gear we might all be using in the not-so-distant future. 3D printed doesn’t mean seamless – these clubs were built by Cobra specifically for DeChambeau who played an active role at every stage of development. The rest I don’t have to tell you: free from the imperfections or variations that inevitably creep into handmade items, these clubs are like the kind of futuristic things a Marvel’s Avenger would wield, and the The larger-than-life DeChambeau, frequently referred to as “The Scientist” for his penchant for the radical technological overhaul of swing equipment and technique, is the ideal role model.

Read also: How golfers come out of an existential crisis

After a few minutes of watching DeChambeau pulverize the golf ball and throw it over depressingly long distances, I returned to my standard on-channel screensaver – a compilation of Fred Couples swings over the years. I could watch that all day. Either way, the objects of interest, DeChambeau’s clubs – were blurred in the video – ostensibly to obscure the design, but likely more to create hype around a new product launch.

As you can guess by now, I won’t be ordering a set anytime soon. But then, I clearly have prejudices. In view of this, it is only fair for me to expose my biases from the start. I don’t need to elaborate: I like analog music and watches; will take craftsmanship on perfection; and, ergo, i love my old blades. Brave New World? You will have to train me there. But, for people with a little common sense, the prototypes present a tantalizing glimpse into what the future of golf equipment could look like.

And that, by all indications, will not be forged by human effort. Sophisticated AI software will be fed with data points of an individual’s golf swing. hop! Connected equipment will regurgitate the perfect club for your golf swing. Nothing wrong with that, you say? You are right, of course. The only goal of every golfer is to improve in the game. And we will do whatever it takes: practice swings on the terrace, practice camps, hit golf balls at the driving range. And most importantly, constantly improve your equipment.

As anyone who grew up playing the game in the 1990s in India knows; we didn’t have the luxury of picking golf clubs. You were lucky enough to stumble upon a retail set and in this case you started to grab it with both hands. Most of the sets were acquired either by foreign visitors or in professional stores which occasionally stocked “Slazenger” type irons. If you haven’t heard of it, I recommend that you search online. It was like knives, with small heads and about as much forgiveness as a stick with a stone attached to one end. Getting an off-center shot with one of them would convey so much “feedback” that players couldn’t feel their fingers for a while. Ironically enough, it’s the same throwback to traditional blades that is so beloved by professionals and top hobbyists alike. Better known as “players’ irons” in modern nomenclature, the thinnest blades are made by hand; forged and hammered to provide the densest metal that will allow the best players to feel the strike and the ball. This allows them to “work” the ball back and forth and be creative in their shot. Kind of like driving back from the road being important for the race car driver and an irritation for the commuter.

For someone who has always played with blades, I find it almost impossible to play with anything else. And I think the blades force you to focus on a solid hit first and improving your golf swing. It’s still a moot notion, and I’m certainly not suggesting you ditch your current irons in favor of clubs you might find unplayable. The game is pretty tough.

I remain, however, with a feeling of loss. Yet another stronghold, a centuries-old reserve of craftsmanship, distilled over the years, appears to be on the verge of disappearing in the face of an unstoppable and still marauding technological blitzkrieg. But it’s also an indication of how the game is going, which clearly rewards power and distance off the tee rather than finesse and shot. The only saving grace is that there are many patterns in this world for things of beauty to be eternal. And for those who have had the chance, holding a hand-forged Japanese iron, perfectly hammered and chiseled to a matte finish, grooves to match a tee, is entirely non-3D printable.

Meraj Shah is a Delhi-based writer and television producer