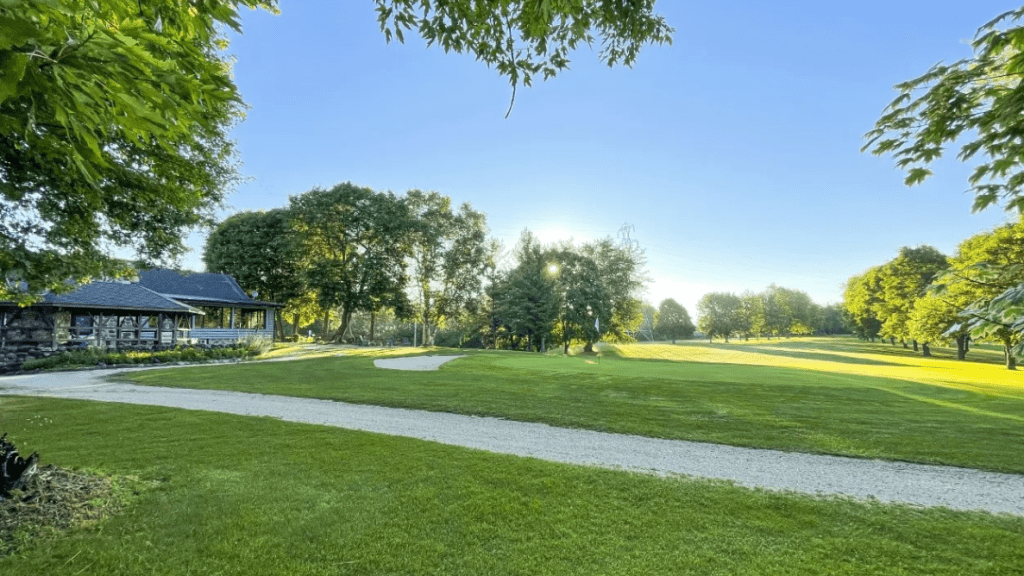 PLYMOUTH, WI – Sir Lanserlot Golf Course is entering its sixth generation of ownership, after being sold for $1.6 million.

“I wasn’t very computer savvy, and they are,” Lanser said. “They have thousands and thousands of Facebook friends and stuff. I never even had a Facebook page. And I didn’t really do much publicity, it was just word of mouth And these guys will do good publicity and stuff. They run a bunch of stages and they do a great job.

Luedtke said he and his team are working to rebrand the golf course to its former name, Crystal Lake Golf Course, as well as attract a younger clientele.

“We think it’s a really great course,” Luedtke said. “We have a huge existing customer base with our leagues. We have leagues almost every night of the week. And these people are great, but also able to meet the needs of a younger generation. We think the game of golf could shift more towards this younger generation, you see young people playing on the professional tours and stuff like that. So, in a way, bringing all age groups back to golf, providing an area that is perhaps not as scary or intimidating as some of the larger courses.

They are also discussing plans to establish a social media presence and possibly stay open through the winter.

In addition to being the new owner of the Sir Lanserlot golf course, Luedtke also owns a farm under Elkhart Acres LLC, which he says is more of a hobby, and a photography business, which he says was a way for him to give back to the community where he grew up.

Luedtke has lived his whole life in the Plymouth area and said he went to the golf course several times as a child.

“I have family that lives here, and I really like it. So there’s kind of an interesting opportunity that came up and (I) was able to pursue it from that aspect,” he said of his decision to buy the golf course. .

Lanser said he got the idea for owning a golf course when he worked at the Quit Qui Oc Golf Club in Elkhart Lake.

“I was 12 years old, cutting greens and stuff like that, and I always thought to myself that everyone is so friendly on a golf course that when I retire that would be the job I want to do” , Lanser said. “Well, it just so happened that this golf course was put up for sale. I thought, well, the joke is that nobody would hire me, so I had to buy my job.

“Their whole family is involved with this golf course,” Lanser said. “A lot of the people we hired were students he went to college with. His grandmother is the accountant, and his brothers help on the course and the bartender and everything. It was a good fit. That’s what I’ve always wanted to do: keep it a family business. These people will do with that.

Lanser also said he sold it to Luedtke because it was “local money, local people” and would keep it as a golf course, something he has said since the 1930s.

He said he still plans to stay on board with the new owner to help.