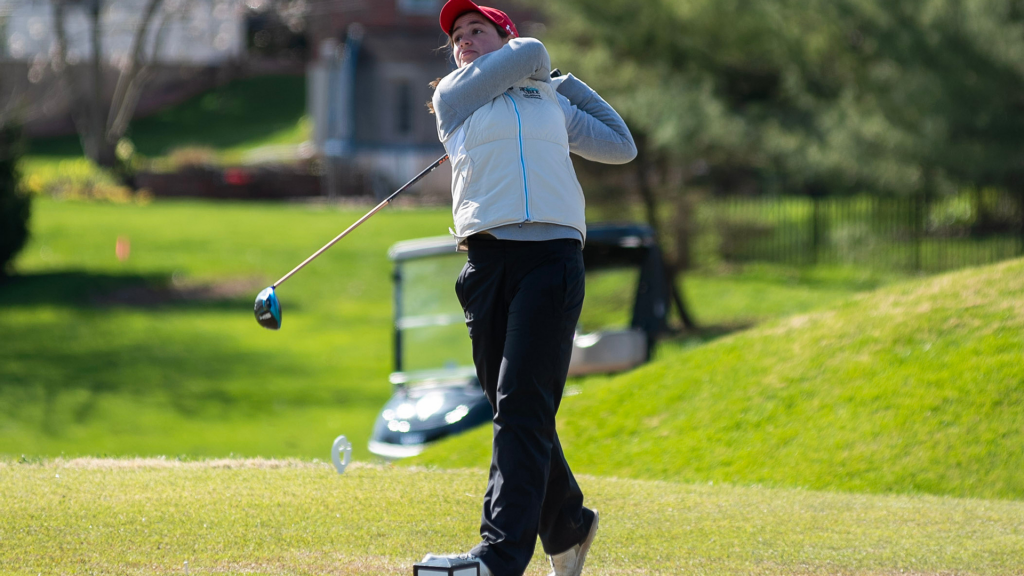 Bradley’s women’s golf had its best result of the season at the annual Coyote Creek Classic in Bartonville, Illinois, placing third overall in the nine-team tournament.

The two-day event was the team’s first and only home invitation of the season. Having a lot of experience with the course seemed to give players a competitive edge over other schools.

“I think the home course advantage helps,” head coach Halley Morell said. “We knew how to play certain holes that a lot of other teams didn’t. The management of our home run overall was good.

The Braves were led by their two most seasoned players finishing in the top 10 followed by their youngest golfers with promising performances.

Senior Mara Flaherty led the way for the team, tied for second place. After a disappointing first-round score of nine of 81, Flaherty improved greatly in the second and third rounds. In both rounds, she scored a 72, which she attributed to being calmer after the first 18 holes.

“In a 36-hole day, there’s a lot of golf,” Flaherty said. “After the first 18 holes of my home course, I was a bit crazy. I saw myself playing very well on this golf course, so I started to breathe more deeply. I focused a lot more on keeping a steady pace and being patient with every shot.

Just three shots behind Flaherty was fifth-year senior Megan Welch. Welch shot consistently in all three runs, finishing 8th overall with a total score of 230 and posting his first top 10 of the fall season.

Rookie Allison Pacocha continued his promising rookie season, placing 12th with a score of 233 over three rounds. Sophomore Maria Perakis came in fourth for the Braves with a three-round score of 242, good enough for 28th overall.

Morell has been impressed with her young golfers so far this season and has seen a lot of progression in their games.

“Allison came in and was a great addition as a rookie; she really keeps the ball in play and she hits really well,” Morell said. “Maria is young, [and] she’s been a lot into programming. His game has really improved. She had a great last year, but her putting and hitting have improved a lot this fall.

With one tournament remaining before the end of the fall season, Morell and his team look forward to improving as a group heading into the upcoming spring season.

“We can just improve a few little things here and there, taking it in the spring and learning this fall and really diving in and working on the parts of our game that we need to work on,” Morell said. “The fact that we know we’re not playing to our full potential and still beating every school in the conference is pretty exciting.”

The Braves will wrap up their fall season at the Ozarks National Invitational from Oct. 31-Nov. 2.